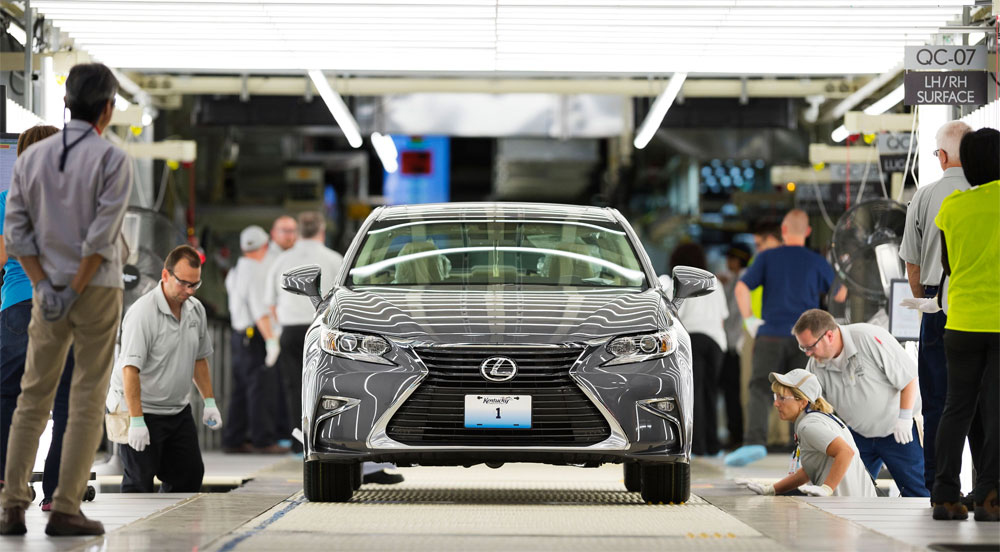 The Lexus ES manufacturing plant in Georgetown, Kentucky, has received the Platinum award in the 2016 J.D. Power Initial Quality Study for producing vehicles with the fewest defects.

The new facility, which started building the ES 350 last fall, tied with Lexus Kyushu ES & RX plant in Japan as the highest-performing assembly plant in the world. The Lexus Motomachi GS line in Japan also received a Silver award.

(To learn more about the Lexus ES manufacturing plant in Kentucky, you can read our extensive coverage from a recent tour.)