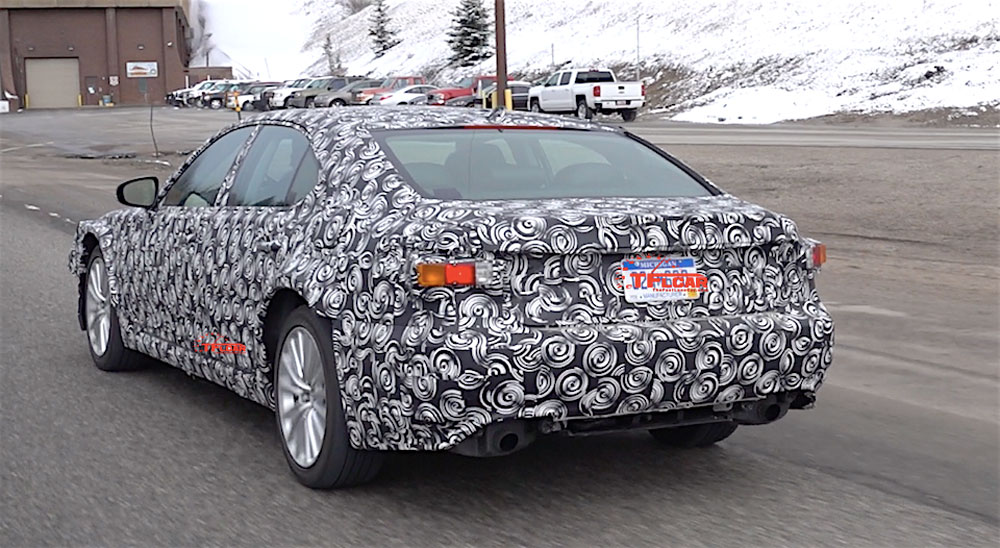 Andre Smirnov from The Fast Lane Car also spotted the next-generation Lexus LS prototype, and shared some of his observations:

Finally, this prototype was closely followed by a 2016 Audi A8 4.0T and a 2016 BMW 750. In fact, the Audi and the BMW are trying to block our ability to take video and images of the prototype.

When this sedan accelerated from a stop sign, we heard a distinct whistle or whine. It sounded like a turbocharger or a supercharger helping the large sedan get moving. Most LS competitors use turbocharged or supercharged engines, so it stands to reason that Lexus will want to follow suite and add forced induction to the LS engine lineup. It could be a V8 or a V6 engine.

It’s telling that both the BMW 750i and Audi A8 4.0T are powered by twin-turbo V8 engines making 420+ horsepower — the fact that Andre reports hearing a turbocharger makes this LS prototype all the more exciting.

(There has been an ongoing rumor about a potential Lexus twin-turbo V8 engine making 600 horsepower, but even if true, it would be total overkill against this competition.)