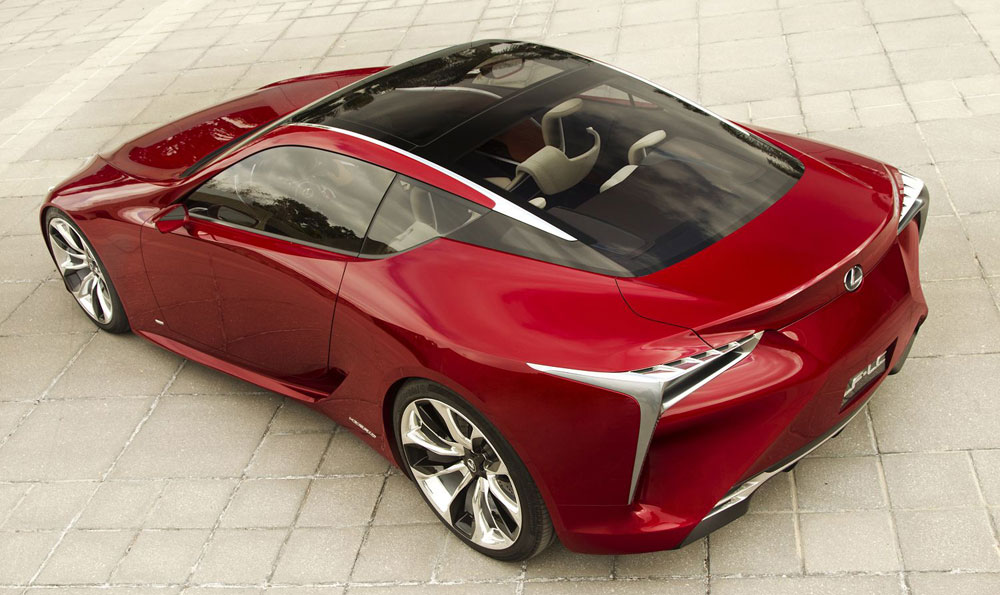 In a recent interview with CarAdvice, Lexus Australia chief executive Sean Hanley makes the case for a convertible version of the Lexus LF-LC coupe:

While the production model based on the LF-LC has yet to be revealed, it’s no great stretch to imagine the coupe offered as a convertible. The same could be said of the RC & RC F coupes, though there are conflicting reports as to when or if an RC convertible will reach production. The last Lexus convertible was based on the second generation IS and debuted in 2009.

Back to the LF-LC — details on the production version remain sparse, and Hanley plays it safe with any predictions:

“First of all, there’s no plan to launch [the LF-LC] anytime soon. But what we can say about that concept car is Lexus’ ability to bring concept to reality is pretty good now.”

"No plans to launch the LC anytime soon", somewhat disappointed but at least it's coming. The LF C2 concept would definitely be a great addition to the lineup, the IS C did nothing for me.
LC is coming, it was spied. But Lexus needs a LC F with twin-turbo V8 (+hybrid eventually).
I want one, especially if it is a hybrid.
It should be a soft top convertible.
Why is this even a question....
IMO the Maserati GranCabrio has much better proportions and styling than the S Cabrio.
the first question we need to ask what will be the production LF-LC is it going to be R8 or the long waited A9 coupe , in other words is it S class coupe / cabrio or AMG GT for me if Lexus want really to enter with the top guys Maserati GT, Bentley continental GT, MB S coupe / cabrio, etc they must be classic some how and the LF-LC concept will need to tone down a lot and get more length to have bigger wheelbase,, sharing the LS not only with Engines & wheelbase but also with approximately the interior and most of the exterior lines , needs to be seen as related but in the same time not the same exactly , so the next LS need to be more sporty and the LC need to be more toned down to meet at a certain point