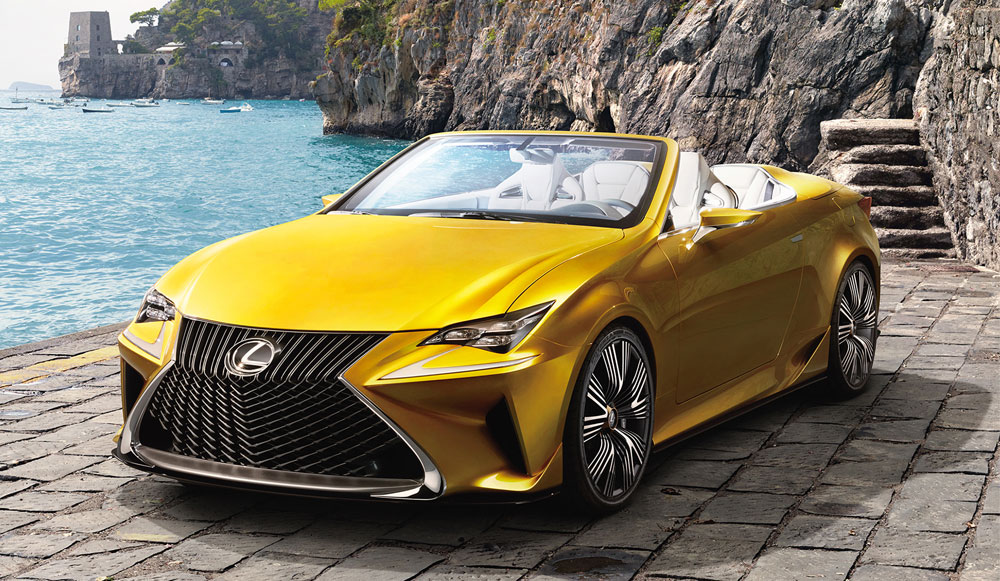 Lexus RC Convertible to be Released in 2016?

Motoring Australia has a new timeline for the Lexus RC convertible:

On the wind-in-the-hair front, a convertible version of the RC is being readied for production and is expected to go on sale internationally in 2016. The ‘RC-C’ will incorporate an aluminium retractable roof to minimize weight.

A convertible version of the flagship RC F is also under “serious consideration”.

There were reports late last year that the RC convertible had been shelved due to U.S. dealership feedback, so a revival of this rumor is big news indeed.

(Really though, pushing the seven-year old IS convertible out of the lineup would be its own reward — it’s time for a new Lexus convertible.)

YES! YES! YES!
Hopefully the back doesn't look as hideous as that of the IS C.
Not the biggest fan of calling it the "RC-C." I would've preferred to just call it the RC convertible or something simple like that. Other than that, this is great news and the IS-C needs to be replaced badly. I'm excited for it!
Woh, imagine how heavy that thing will be, like an SUV weight.
Never a fan of convertibles but this rendering shows the RC was made for topless production. Why not build it? Another competitor for the BMW 4 series won't hurt Lexus. Anything has to be more attractive than an IS C.
Driving the NX 450h+