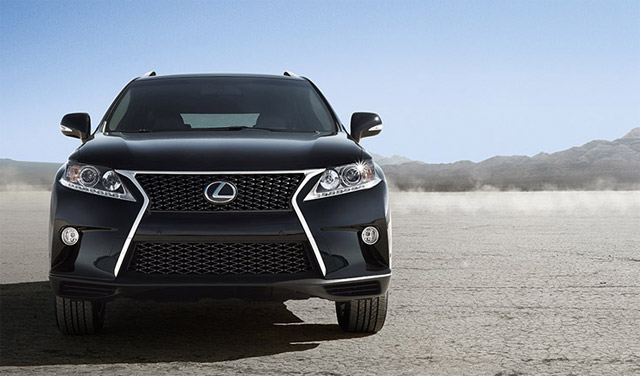 Wards Auto is speculating that the next-generation RX could be one of two vehicles that Lexus debuts at the Detroit Auto Show in January:

He doesn’t divulge details, but one is likely the first look at the next-generation RX midsize CUV. The RX last was redesigned for ’09, and WardAuto’s product-cycle chart shows a next-generation is due in ’16.

An earlier quote from Bracken mentioned that a performance vehicle would be one of the two debuts at the show, with the long-awaited GS F sedan being the most logical choice.

Now anything’s possible, but I can’t see Lexus wanting the next-generation of their best-selling RX to share the spotlight with anything, nevermind a performance-focused vehicle that would siphon off huge publicity.

More likely, the RX will debut at another auto show later in the season — really, why would Lexus debut two completely different models at the same auto show?

How about the ES facelift?

Too early for that, didn't it came out in '13? Maybe they will show new TX

want to see the new RX Soon
Further, with the NX just coming to market, wouldn't a new RX steal some of its thunder?

Different price bracket - no one's going to compare them
You'd be surprised how current RX owners such as myself or prospective RX buyers cross-shop the NX! :) However, with the '16 RX growing in size, luxury, and price, it will further distinguish itself making it less likely to for people to cross-shop the two.
I was just thinking the same thing. It's highly unlikely that they would announce the new RX the same time NX's are arriving to dealers...My guess is a GS-F and New LS Concept reveal.
I like this thinking, as the two models would compliment each other. Two production models would make zero sense.
From Autoblog today: "Meanwhile, Carter also said Lexus will reveal two performance vehicles, though he didn't elaborate. "I'll leave it at that, but I promise you'll enjoy it," he said coyly." Could that mean LC and GS-F?
LFA II and LX-F? :))

Hard to believe unveiling two vehicles in one event makes any marketing sense. I would think it will be limited to just one. Flip a coin - RX or restyled (full spindle) GS/GS F.

It will not be the first thing they've done lately that doesn't make much marketing sense . . . no LF-C2 production model!? If it was only meant to reveal future Lexus design trends, then why is it just a refresh of the RC without a roof? If the new RX has a third row, why are they beginning work on a new third-row model as a result of the dealer revolt? To reveal a new RX just as the NX is debuting? Needs to be a good 6 months lag before a RX reveal. We must be chasing the wrong rabbits. Lexus is not this haphazard.

The new GS-F completely blacked out. Black matte rims, black matte exhaust, hint of red; the blood of its fallen victims. DO IT !!
It won't be the RX since we haven't seen any photos of the test car.

I agree, but how could we really tell? Wouldn't it just look like a current RX?

I don't think that the RX will be shown at the Detroit Auto Show. We haven't seen any test cars yet. I think we'll se a concept car for the all-new RX and a sportly model (the GS-F I think).