END_OF_DOCUMENT_TOKEN_TO_BE_REPLACED " /> Lexus Chief Engineer Wants NX F High Performance Crossover | Lexus Enthusiast
Menu
Log in
Register
You are using an out of date browser. It may not display this or other websites correctly.
You should upgrade or use an alternative browser. 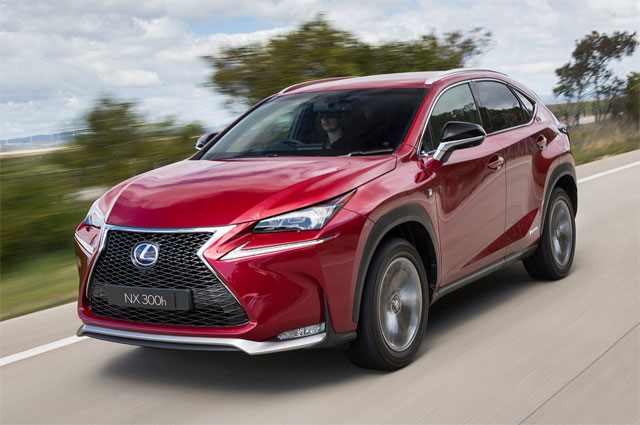 [The 2.0-litre turbo] engine looks set to provide sparkling performance in the NX 200t, but an even more potent version has not been ruled out by Mr Kato – an amateur motor racer in his spare time.

He told GoAuto the four-cylinder engine had been designed for a variety of performance tunes in various applications across the Lexus range.

Asked if an extreme version to match the 265kW GLA45 AMG was on the cards, he replied: “I want one, yes.”

He stopped short of saying such a vehicle would make it into showrooms, but left the door open for the possibility.

There are two parts to this quote — the first being that the 2.0L turbo engine has multiple performance configurations. This is very exciting news, and makes me curious about what engine will show up in the IS & GS.

The second part is the NX F — the very idea runs counter to an earlier interview with Lexus F chief engineer Yukihiko Yaguchi — here’s a quote from Motoring Australia:

“To have an F badge, the car needs to have characteristics to be able to run on track and on race course,” he explained. “Therefore it doesn’t really suit to have an SUV as an F model. There may be an F Sports SUV (there are already – ED), but as far as F models go, no plans.”

The idea of a NX F is an interesting thought experiment, but there are Lexus models better suited to F high-performance models — until a CT F, IS F, GS F, & LS F are in production, an NX F just doesn’t make a whole lot of sense.

Having driven the NX 300h I'm inclined to say an NX F would work. It's a supremely agile and sure-footed chassis.
Have F offerings for the sedans then they can think about the NX F. RX F would be great also!
Could someone render an "imagining an NX F" photo? Like with the big cooling ducts on the bottom sides of the front, and a wide spindle grille like the RC F.

I've been begging for a LFA with the spindle treatment, nothing yet.