END_OF_DOCUMENT_TOKEN_TO_BE_REPLACED " /> A Visit to Regency Lexus in Vancouver | Lexus Enthusiast
Menu
Log in
Register
You are using an out of date browser. It may not display this or other websites correctly.
You should upgrade or use an alternative browser.

A Visit to Regency Lexus in Vancouver

Last month, I visited the new Regency Lexus dealership in Vancouver, British Columbia, as part of a trip through Western Canada.

Taking up a full block in the downtown core of the city, the 17,000 square-foot facility is one of the first in Canada to be built to the new global dealership design standard. 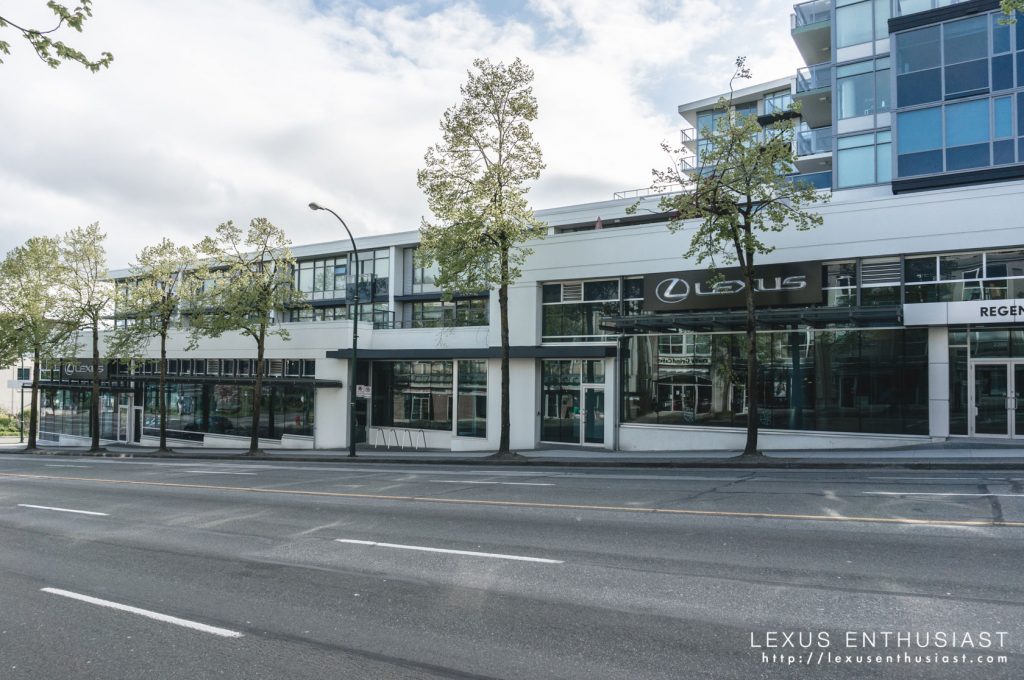 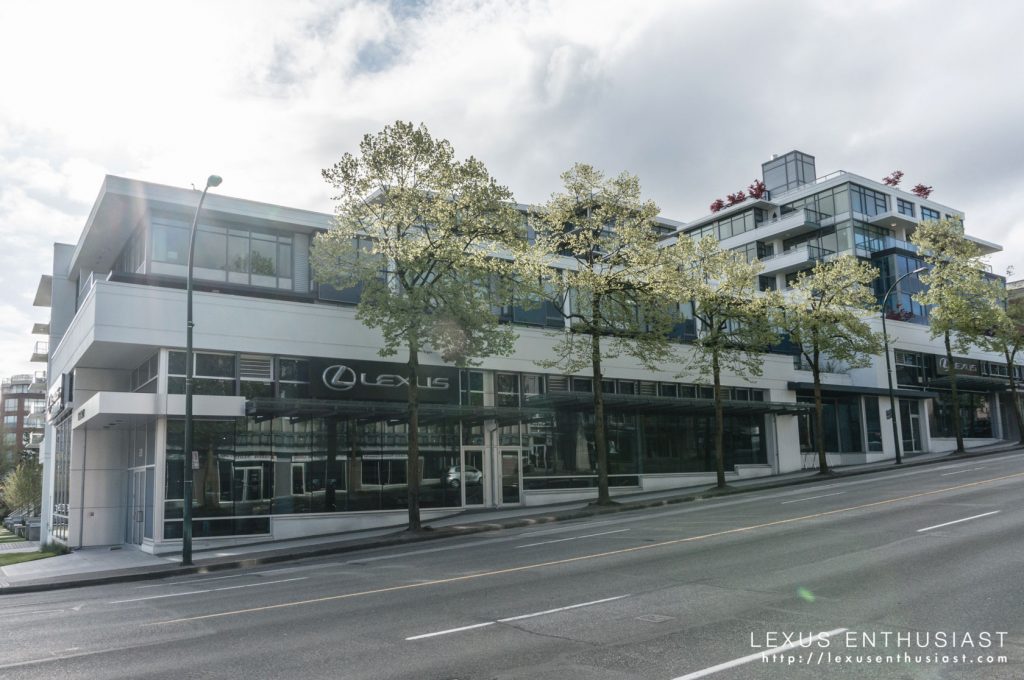 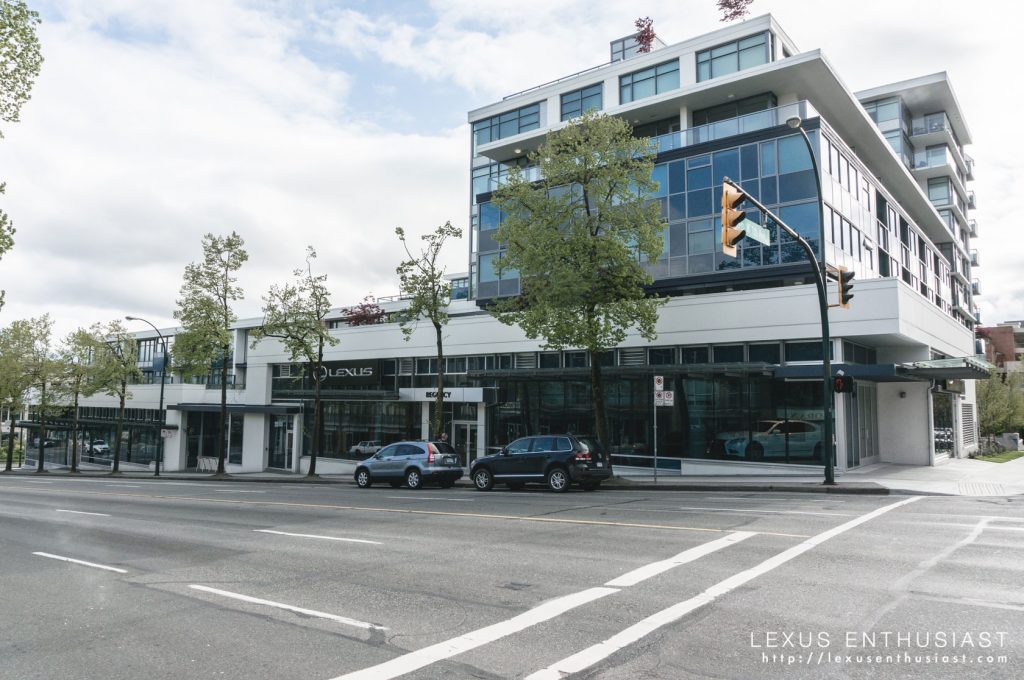 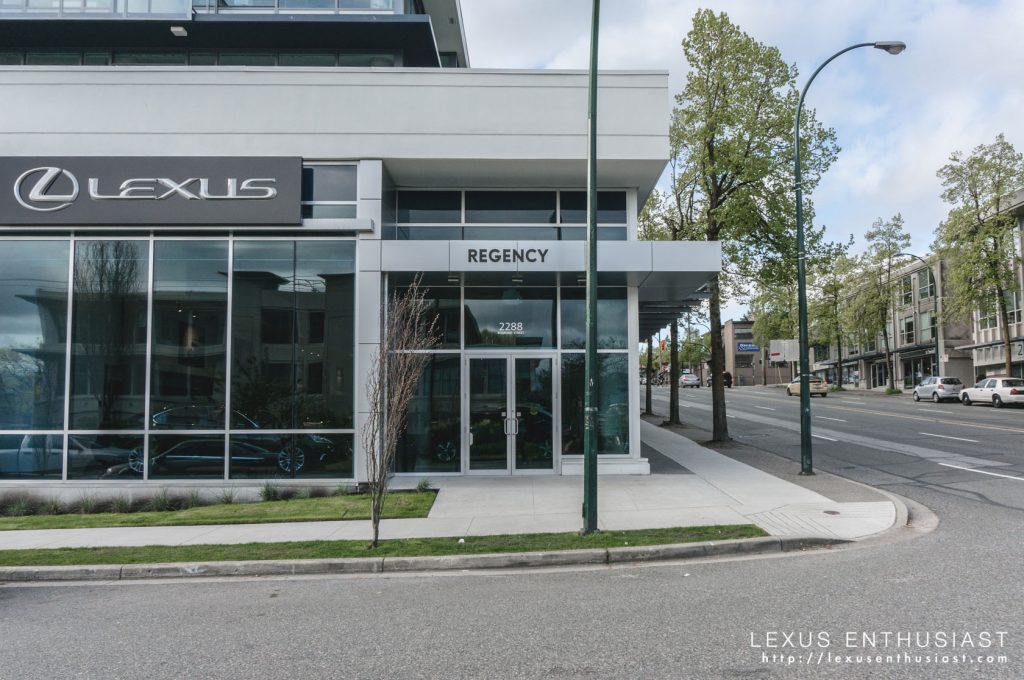 Following the incline of the street outside, the dealership is made up of three levels — it makes for an interesting layout: 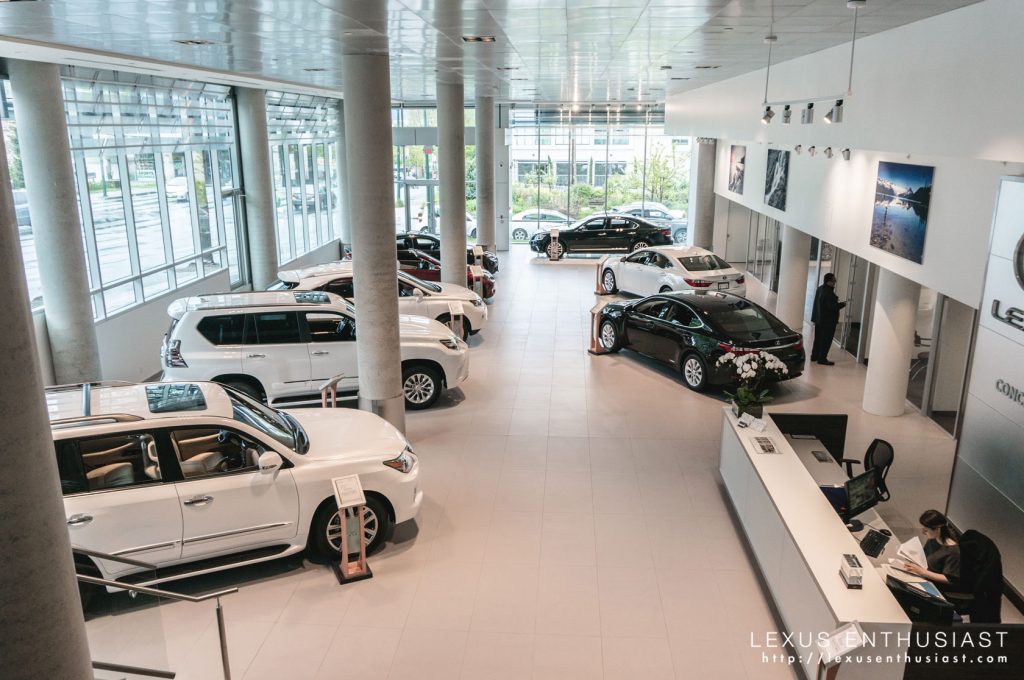 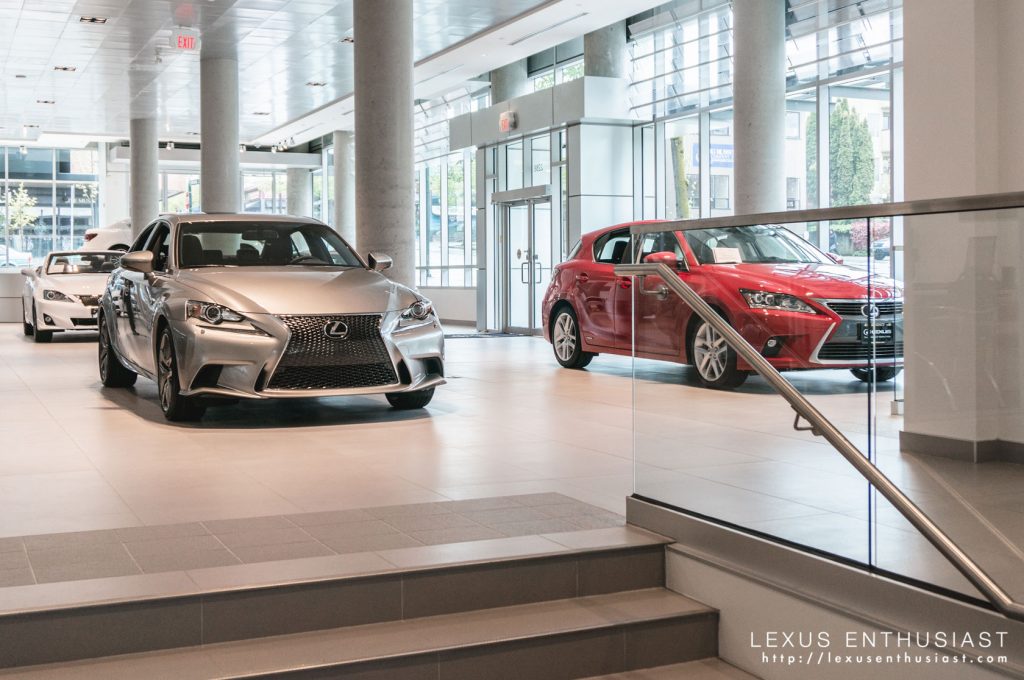 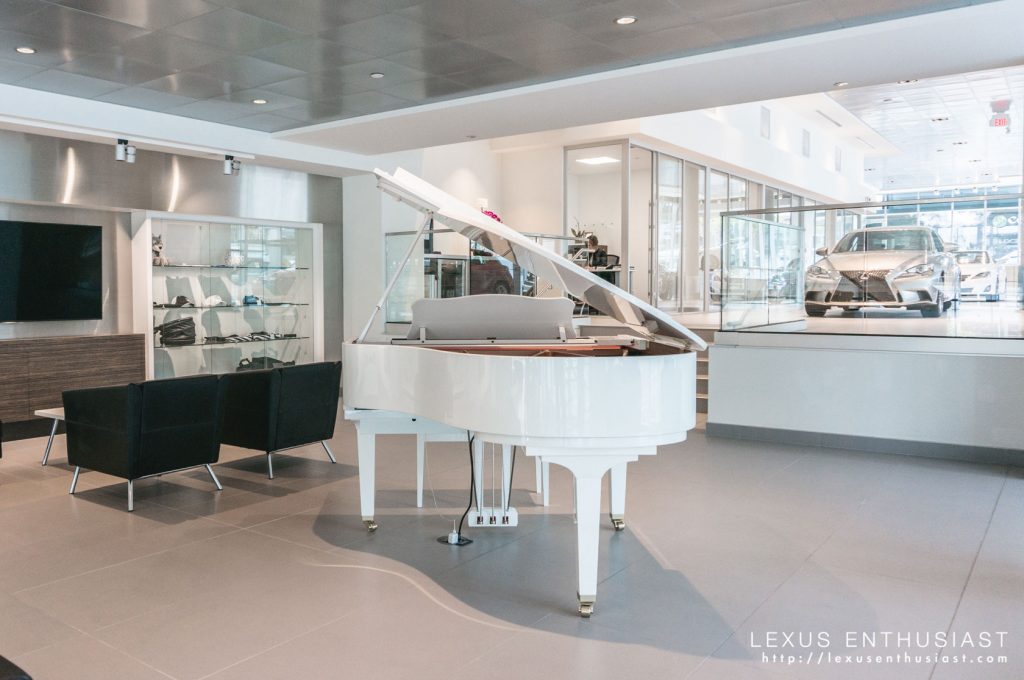 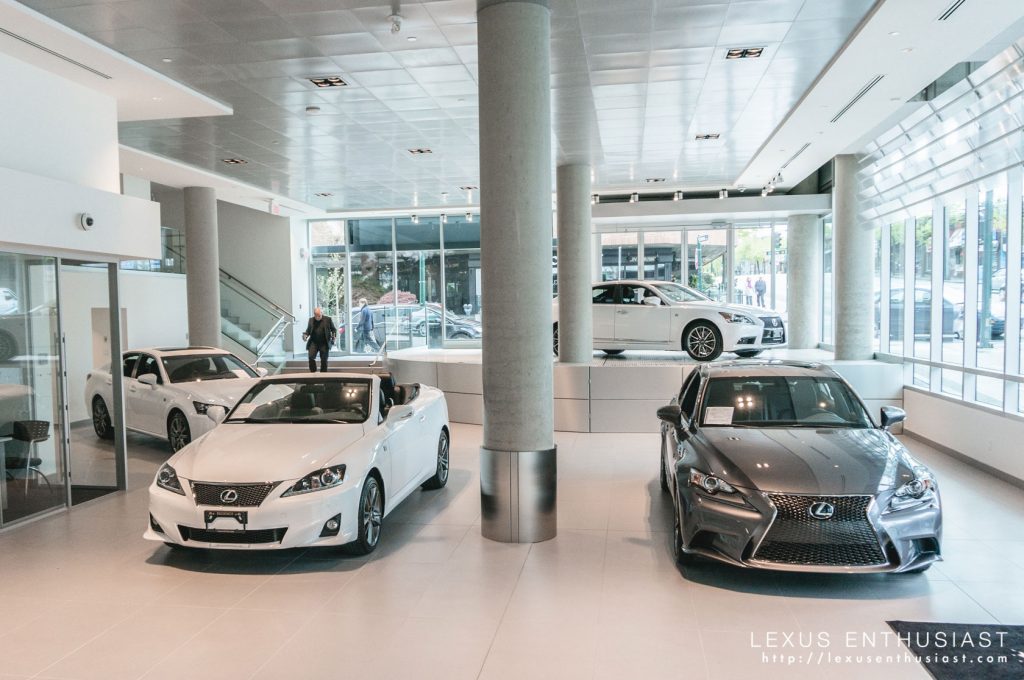 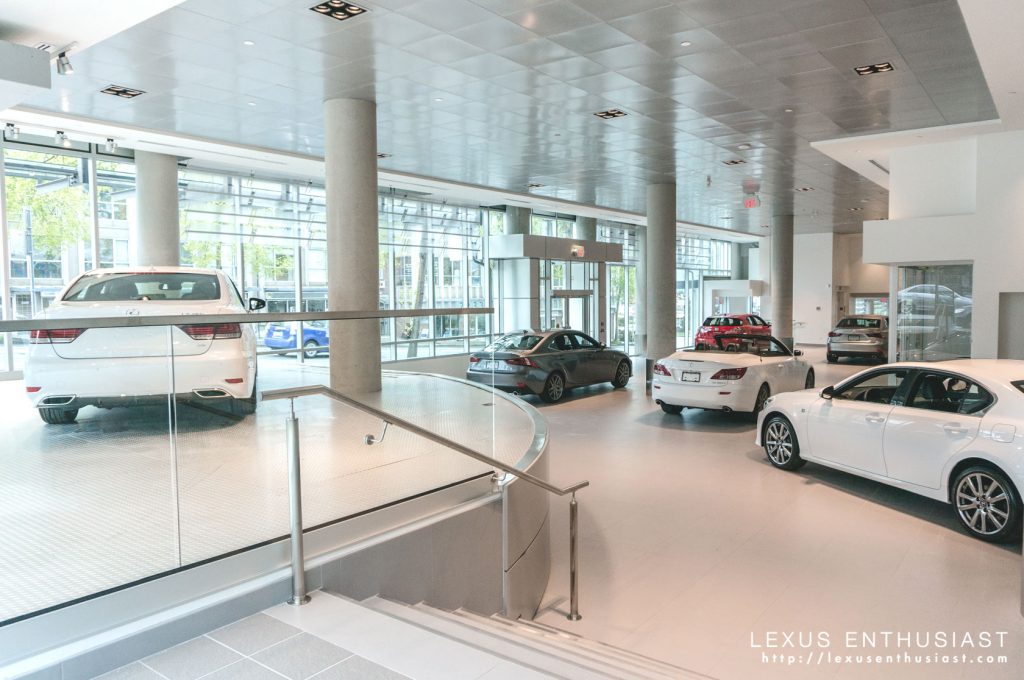 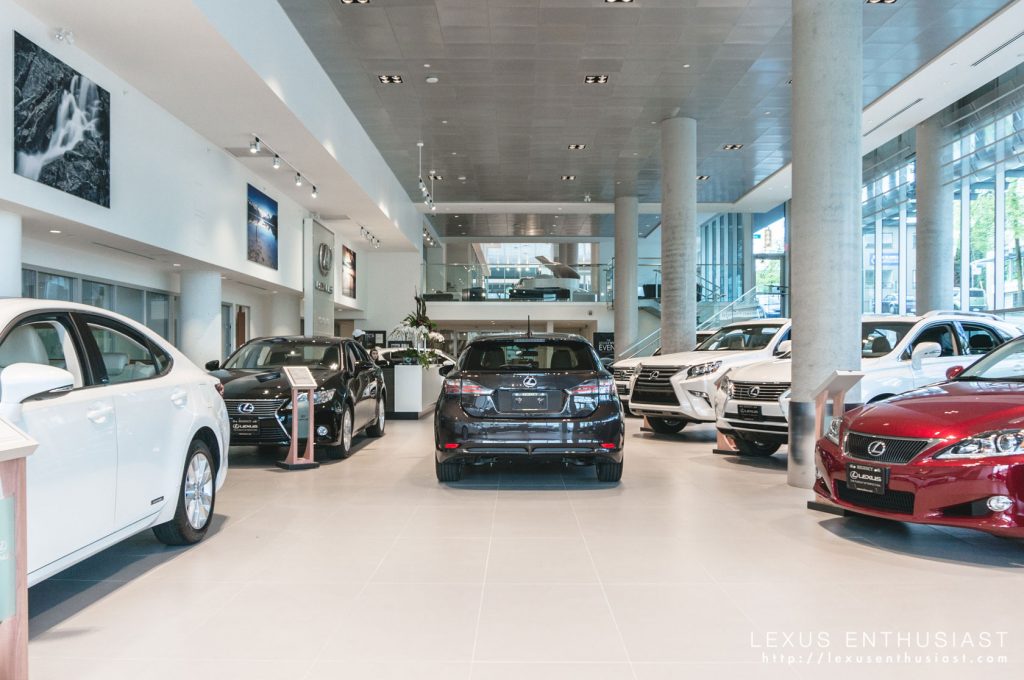 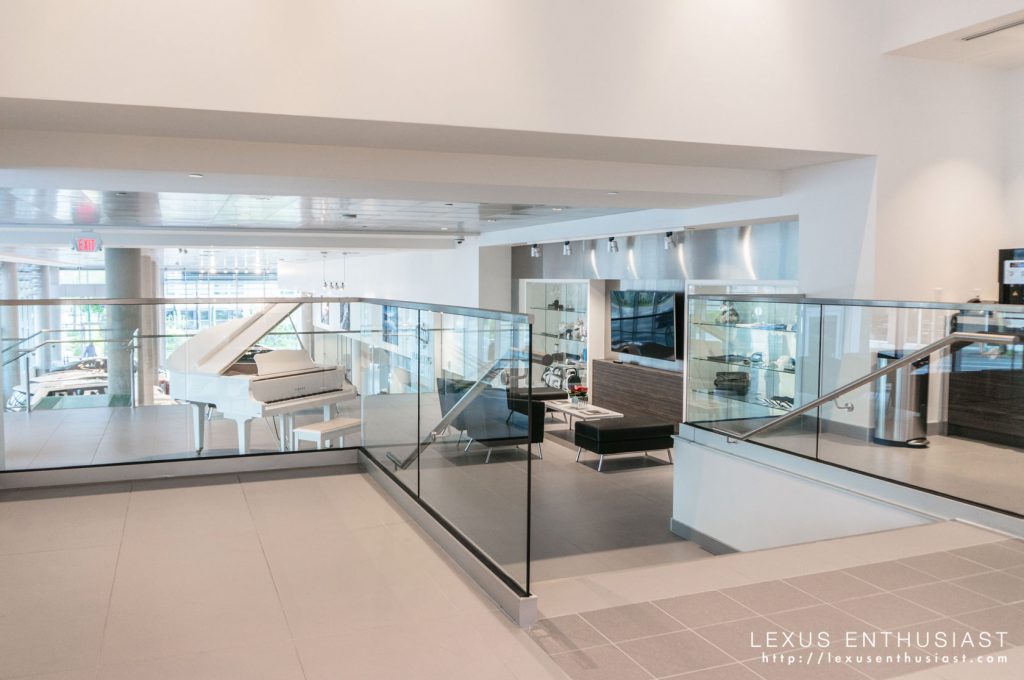 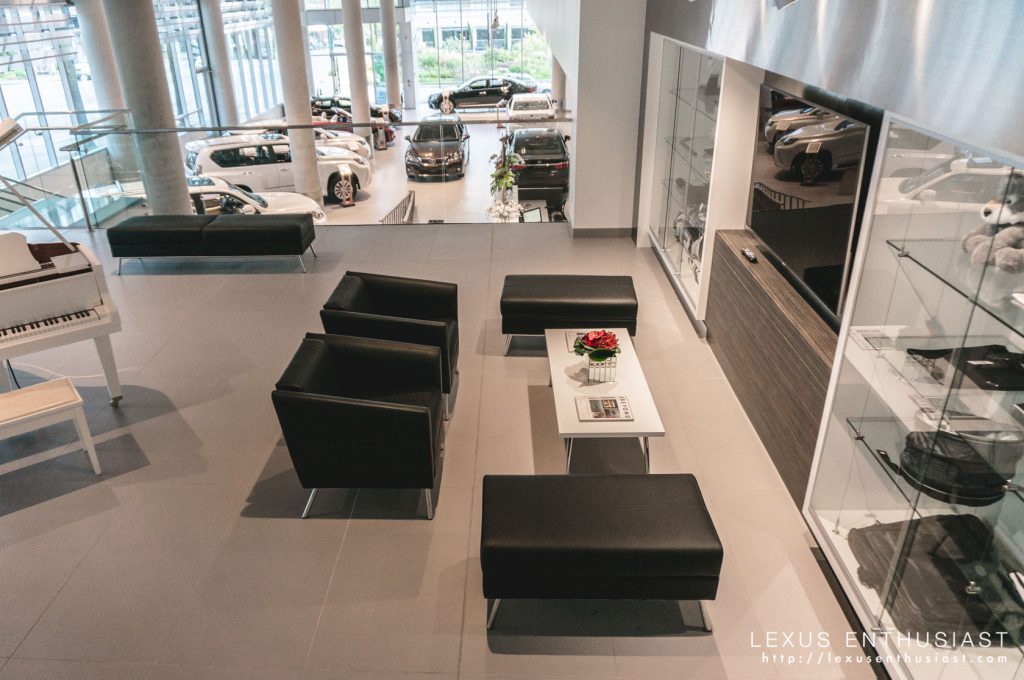 The top level is dedicated to F SPORT models, with an elevated vehicle area to increase visibility from the street — the hydraulic system for loading the cars is quite elaborate: 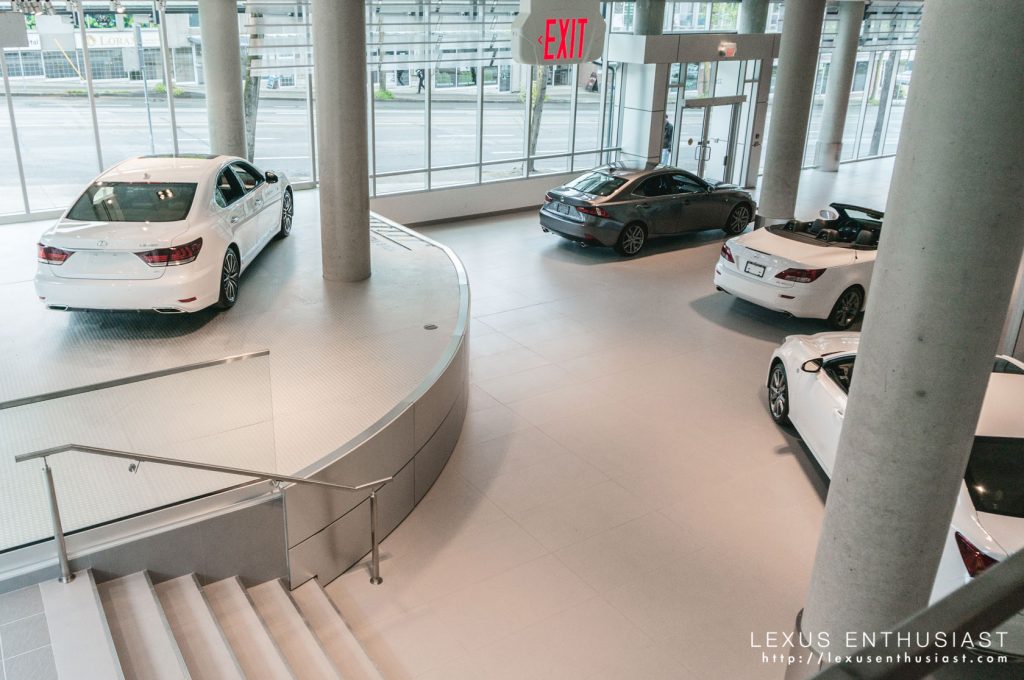 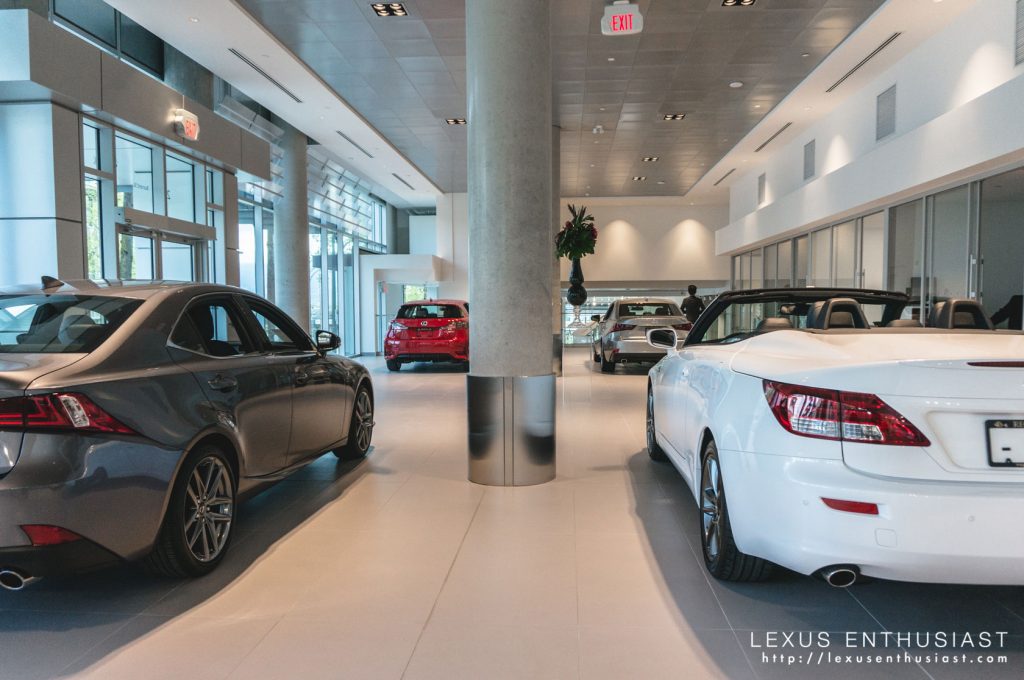 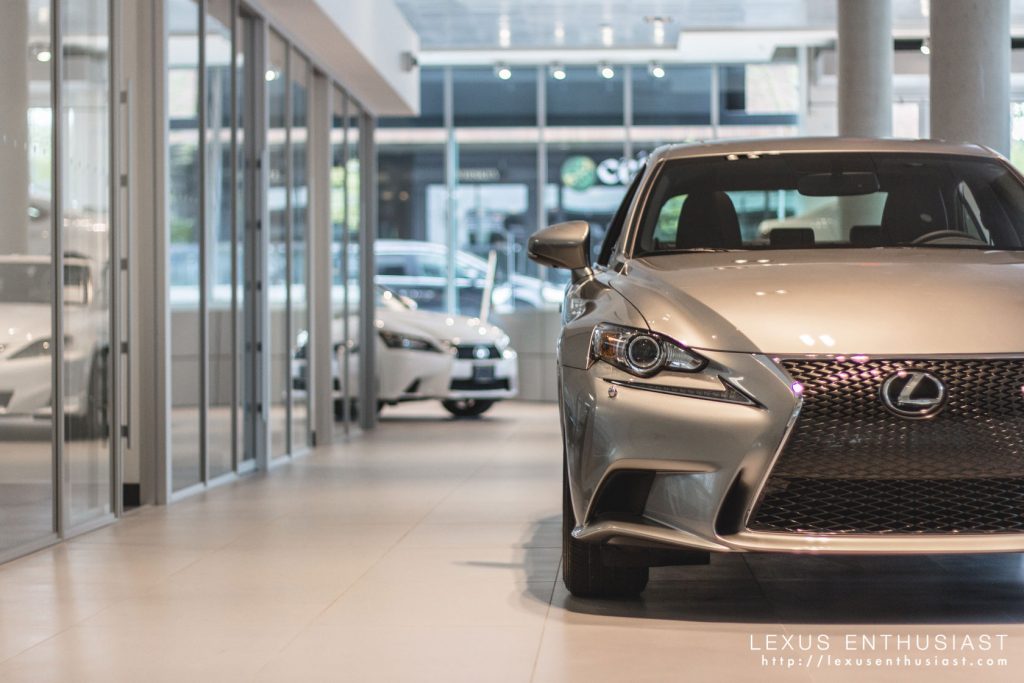 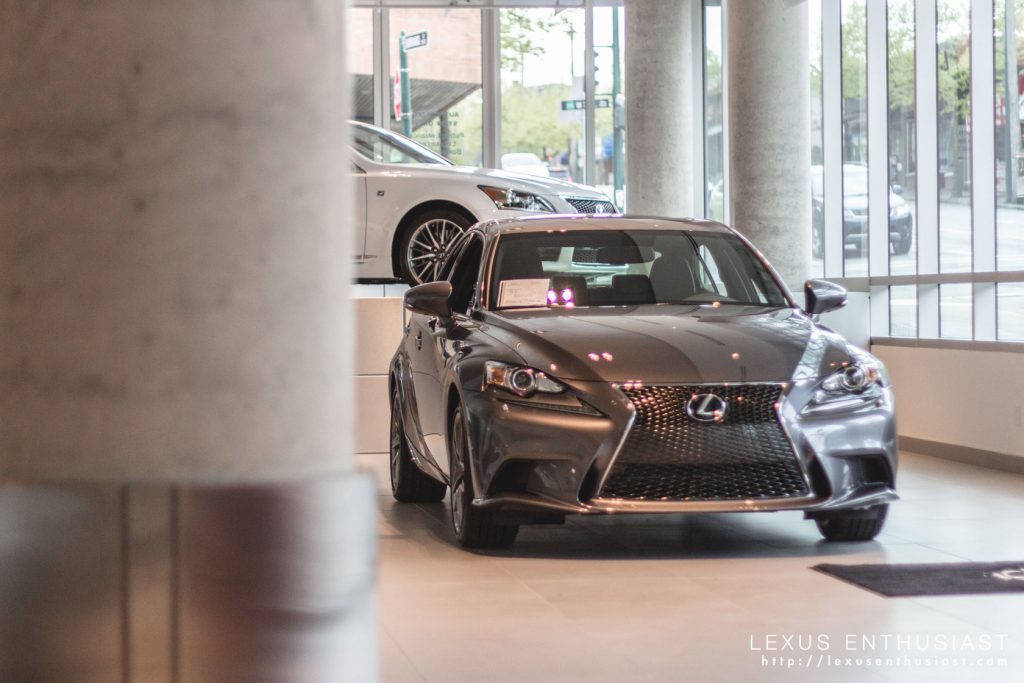 The mid-level is a lounge area, where a white Yamaha piano is center stage: 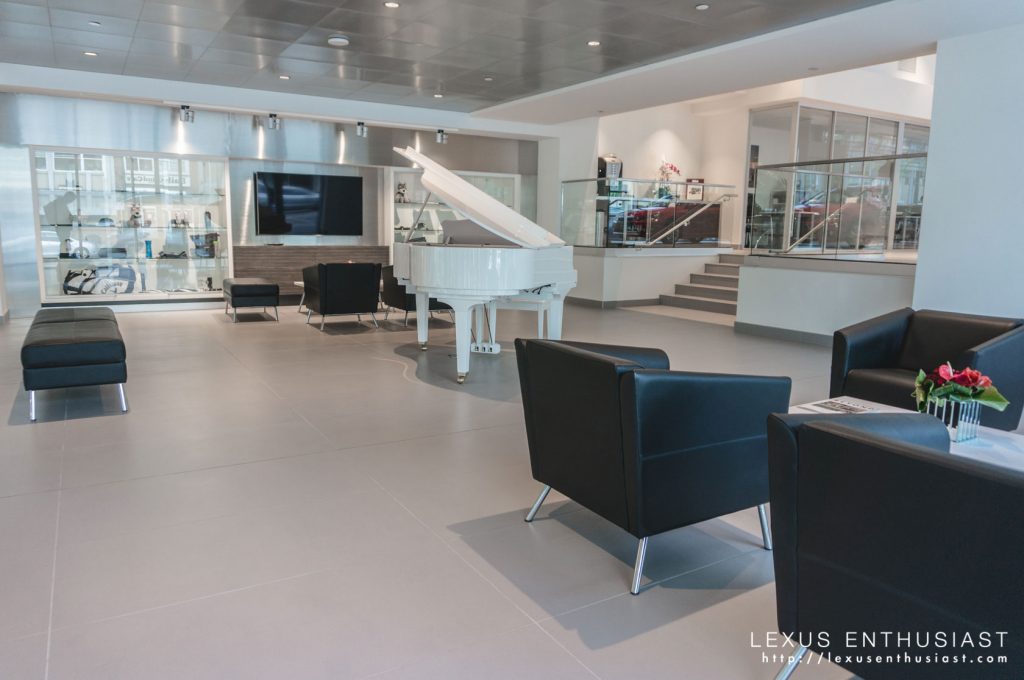 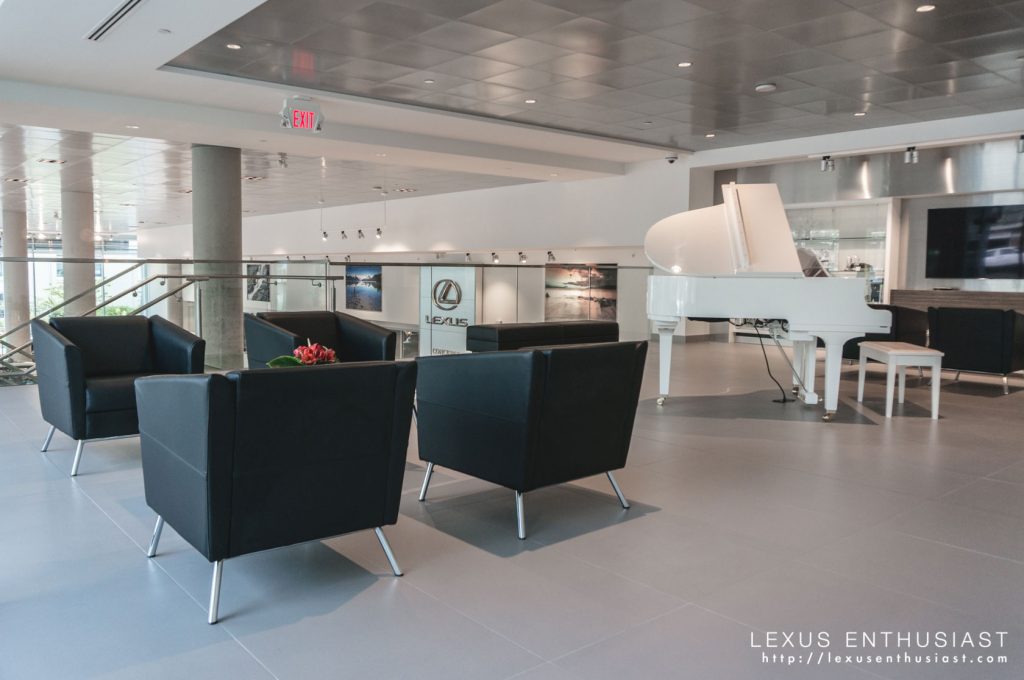 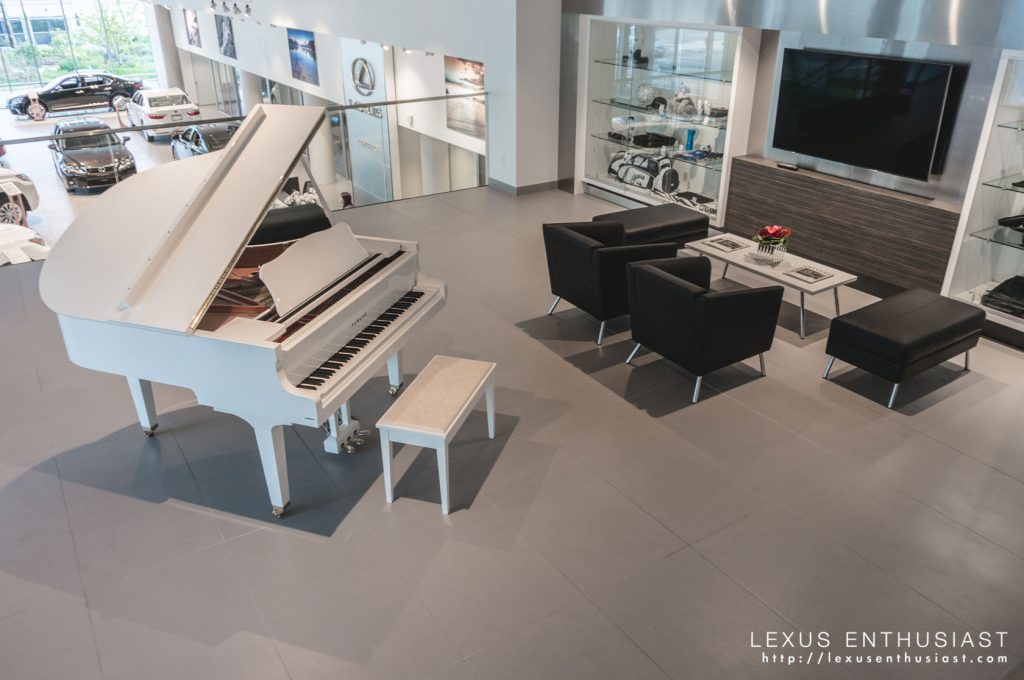 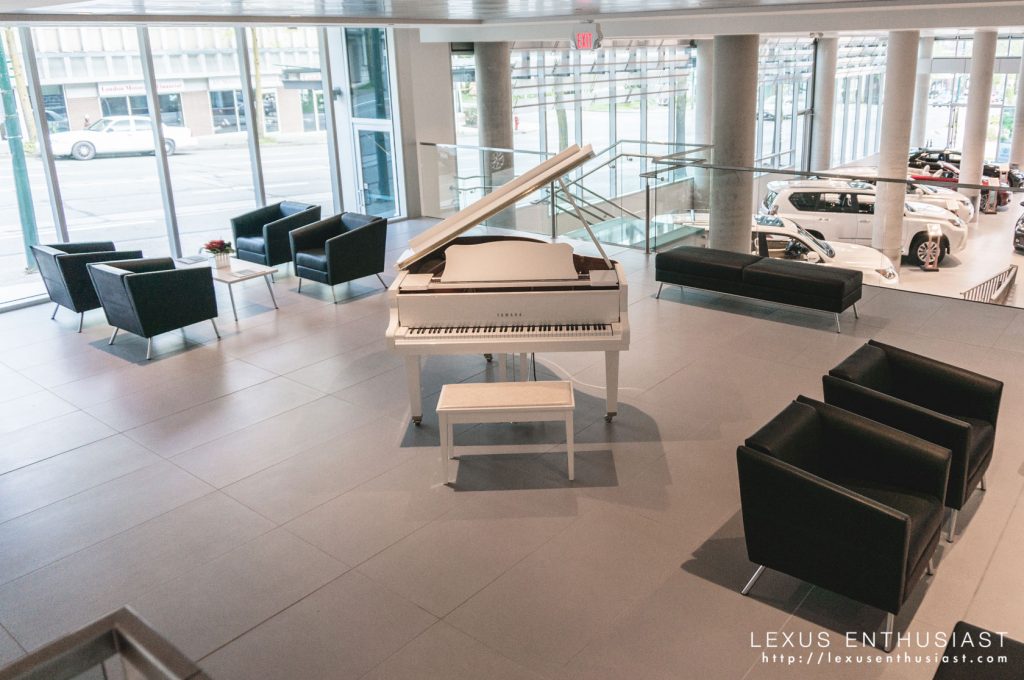 (The piano is notable for two reasons: It was chosen because of Yamaha’s involvement with the LFA engine, and it can play itself using an iPad app.)

Finally, the lower level is a showcase of the standard Lexus models, all in white & black to match the dealership materials: 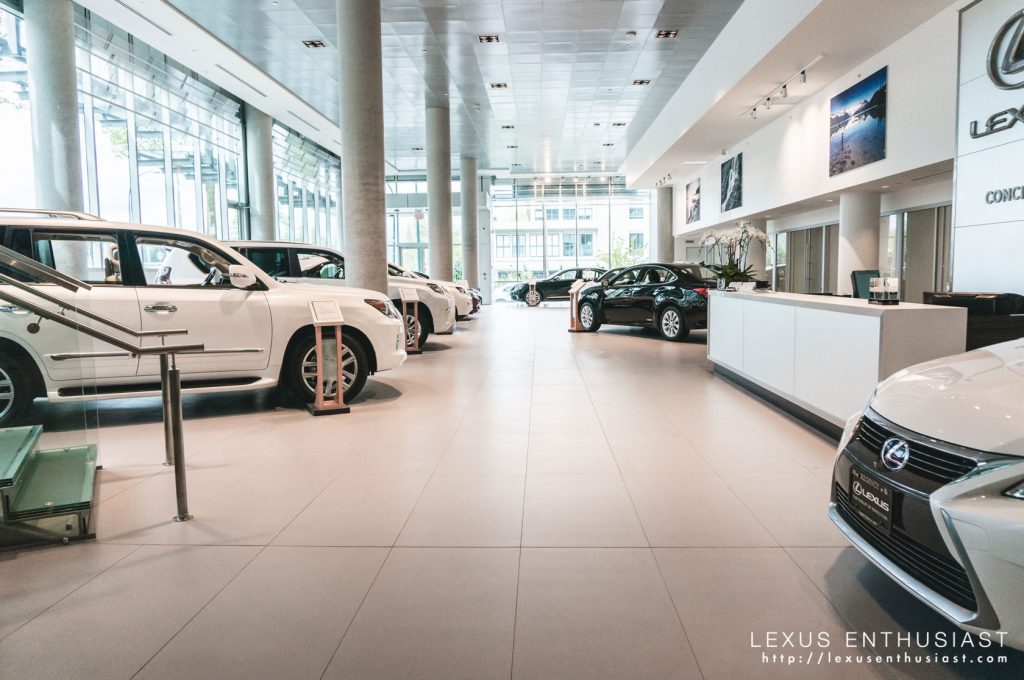 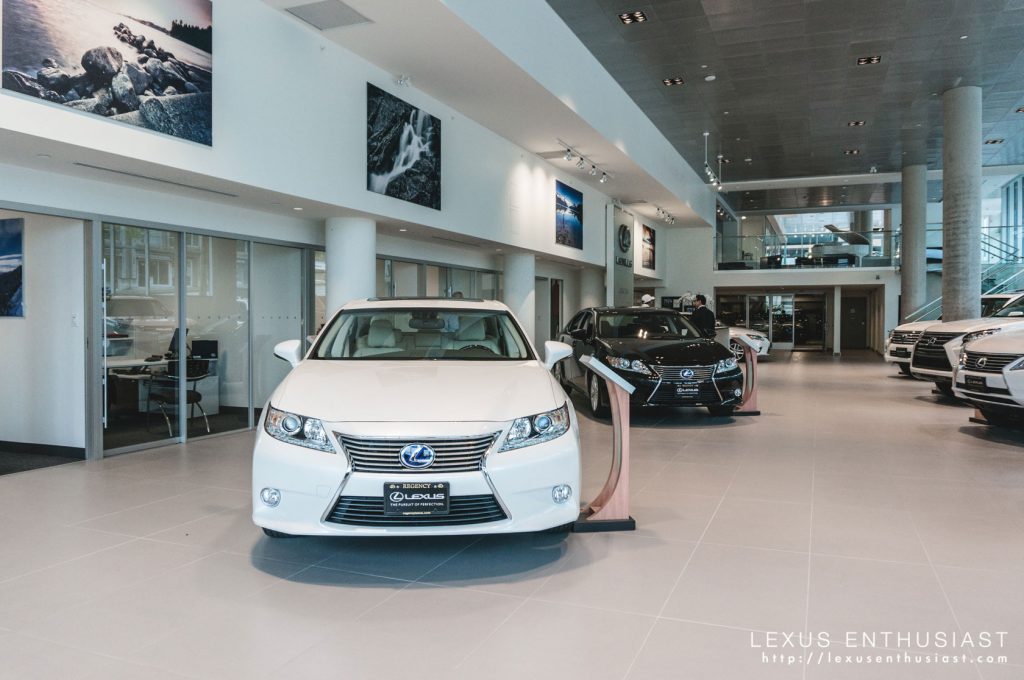 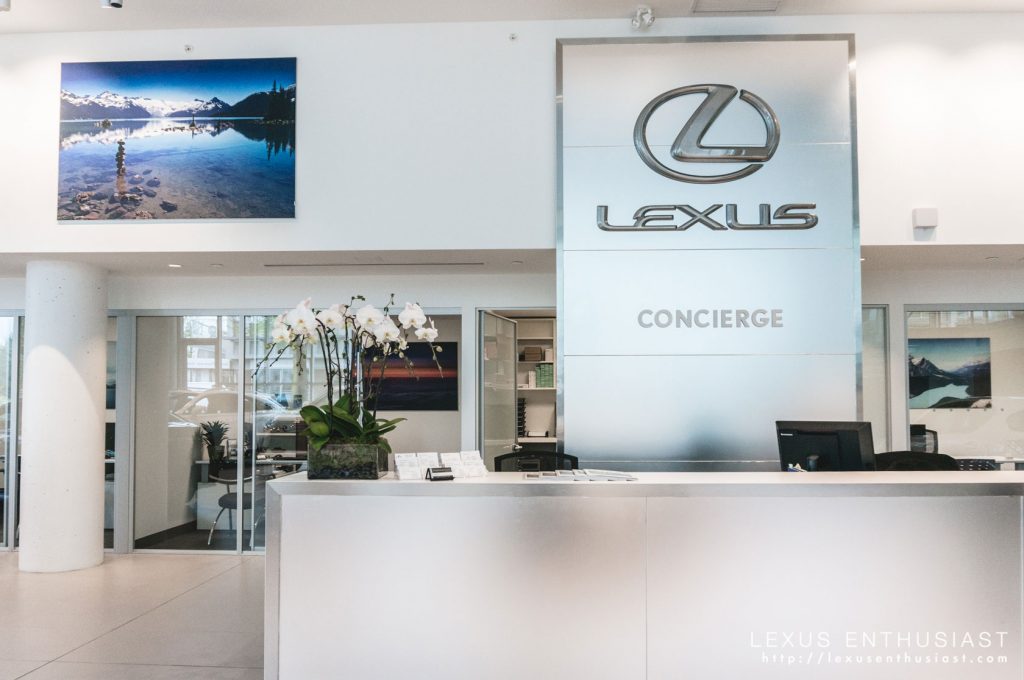 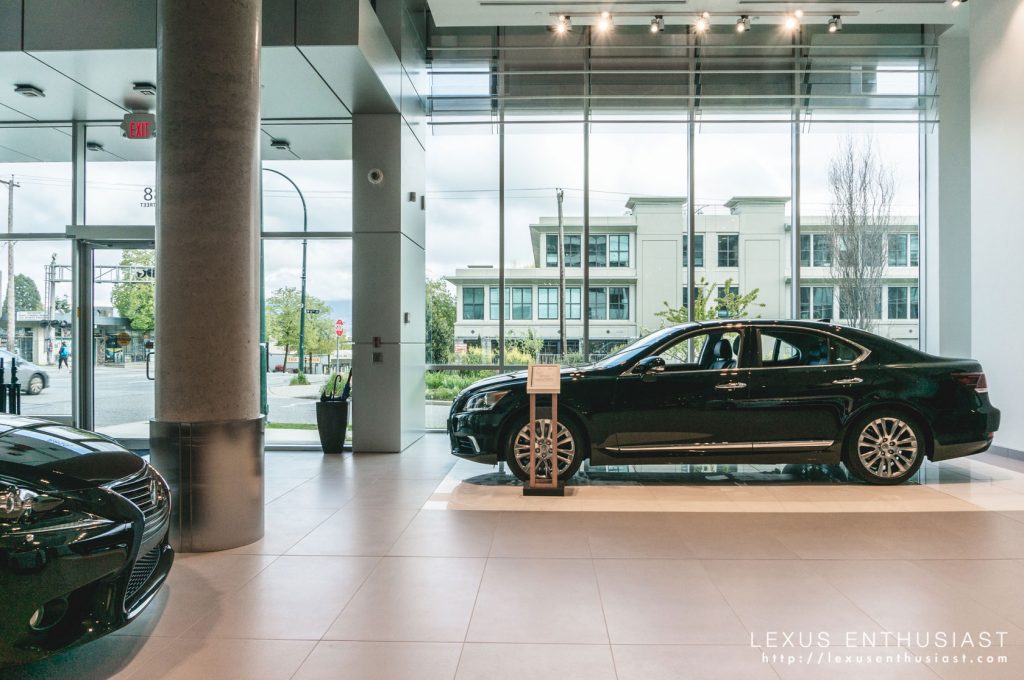 All in all, the dealership reflects its location, resembling the type of upscale condominium you would expect in downtown Vancouver.

The exposed concrete pillars, all the platinum, white & black, the imported Italian floor tile, the floor-to-ceiling glass windows — it’s all an excellent representation of Lexus and its new design-forward evolution.

My visit to Regency also included the grand opening event — here’s a video from the festivities (you might spot me leaning against the railing during the speeches):

It was a special night — the entire Ahamed family was very excited to be cutting the ribbon on their new facility, and you could sense the pride from the assembled group of friends and family. I was honored to be invited.

My special thanks to everyone at Regency Lexus for their hospitality, particularly general manager Izzam Ahamed. Thanks also to photographer Kevin King Uy for both contributing the leading image and acting as my guide in Vancouver.

This Western Canada trip was made possible by Lexus Canada, who covered my flight and accomodations.

Very nice, this dealership makes JM LEXUS seem ancient. Very nice!
Krew, Really great pictures and look forward to seeing similar renovation to be done in the Lexus dealerships in Greater Toronto Area. And do you find the atmosphere similar to the Lexus Aoiyama/Lexus Gallery in Japan? Also the piano reminds me of AMLUX in ikebukuro/Tokyo though the piano was black there and iPad did not exist and yet it can play by itself.
Great feature Krew highlighting this superb architectural masterpiece for us Canadians. Looking forward to the renos in the GTA as AndyL posts. So many positives to list with this new dealership, it would be longer than your article! A+ on the new silver gray Lexus dealer signage. A+ on the themed vehicle display per level. A+ on the beautiful female staff - in all fairness, which Lexus dealer does not have them? :) Only negative, forget the guy, where's Diana Krall on that baby grand? :)
Driving the NX 450h+