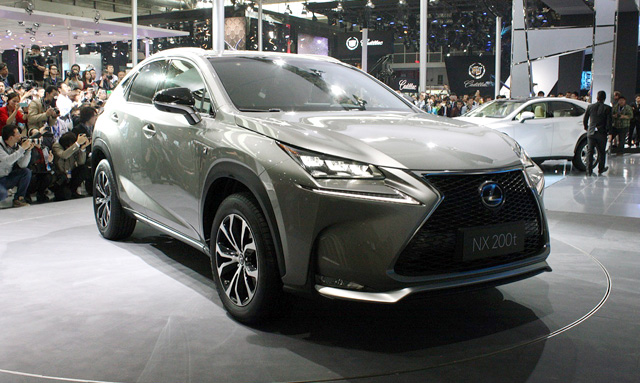 In an interview with Reuters at the Beijing Motor Show, Lexus International president Tokuo Fukuichi discussed the brand’s manufacturing future in China:

“The German Three have a brand image that they have cultivated over the past century in their long history, but Lexus is not in people’s minds like that yet,” said Fukuichi, who is also Toyota’s Senior Managing Officer, referring to Audi, BMW and Mercedes-Benz.

“Customers would leave us if we have any problems with quality because that is what they are seeking in a Lexus,” he told Reuters.

Fukuichi said that Lexus has been considering the possibility of manufacturing in China but no specifics were being discussed and nothing has been decided.

Its choice to import its vehicles into China, Lexus’s second biggest market, has kept prices high. The entry-level Lexus ES, the brand’s best-selling vehicle in China, has a starting price of about $57,700 there, compared to $36,620 in the United States.

In 2013, Lexus sold around 70,400 vehicles in China, up 16 percent from a year ago, according to data from LMC Automotive. Lexus does not disclose China sales figures.

Read the full Reuters Article on Lexus Manufacturing in China

Toyota Corp. has most difficulties building their cars outside Japan, because have their car made in Japan is their strength, that might get lost if they build them elsewhere. BMW cars built in the U.S. are found to be of worse quality than those built in Germany. But quality is only one aspect. Good quality does not mean good reliability. That must be something even more hard to duplicate in a foreign country, like china, especially to due to the cultural difference and different perceptions. I think the way Toyota Corp. might deal with that is to sacrifice on the low cost workforce they can get in China, like the other Germany car companies do, and increase payroll, but develop teams of more skilled workers, to compensate for the loss of quality that would occur with low skilled workers. In other words, for Toyota Crop. to produce cars outside of Japan with the standards they have in Japan, they have to rethink the whole manufacturing process. Simply copying the plant abroad will be insufficient.
Honestly, Lexus needs to stick to made in Japan.... Moving these production lines to other Countries is a recipe for disaster... I've seen several Japan & German car manufactures with builds that come out of even the USA.. The quality of the end product suffers.!!
The heritage of the German Three might not persist strongly as other markets. On the other hand, China should be a market that Lexus has similar brand assets comparing to other luxury car. They should have started earlier. The Japan-China spat may play a role here.
China has yet to show that it can produce a solid car without copying someone else. It took Lexus awhile to start making RXs in Canada, and soon ESs in Kentucky. If the Chinese don't care if their luxury cars are built there like the competition, then maybe they'll build them there sooner than later.