With yesterday’s rumor of an upcoming Lexus seven-seat crossover, it’s a good time to take a look back at the HPX concept first shown at the 2003 New York Auto Show — first off, here’s the full photo gallery: 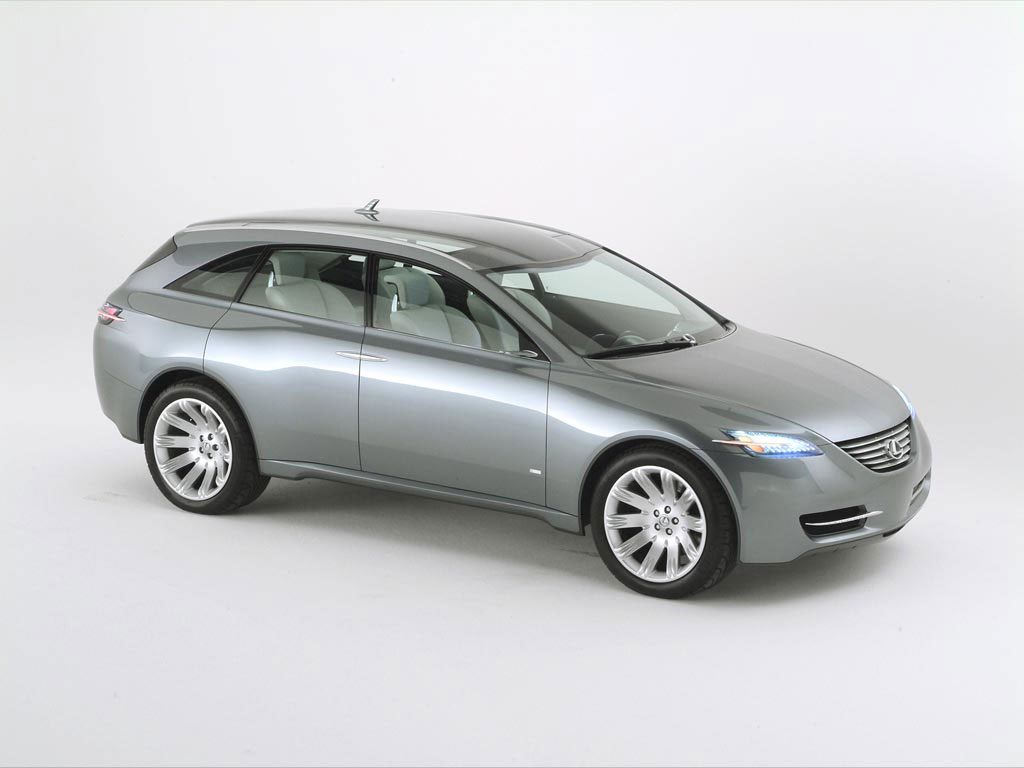 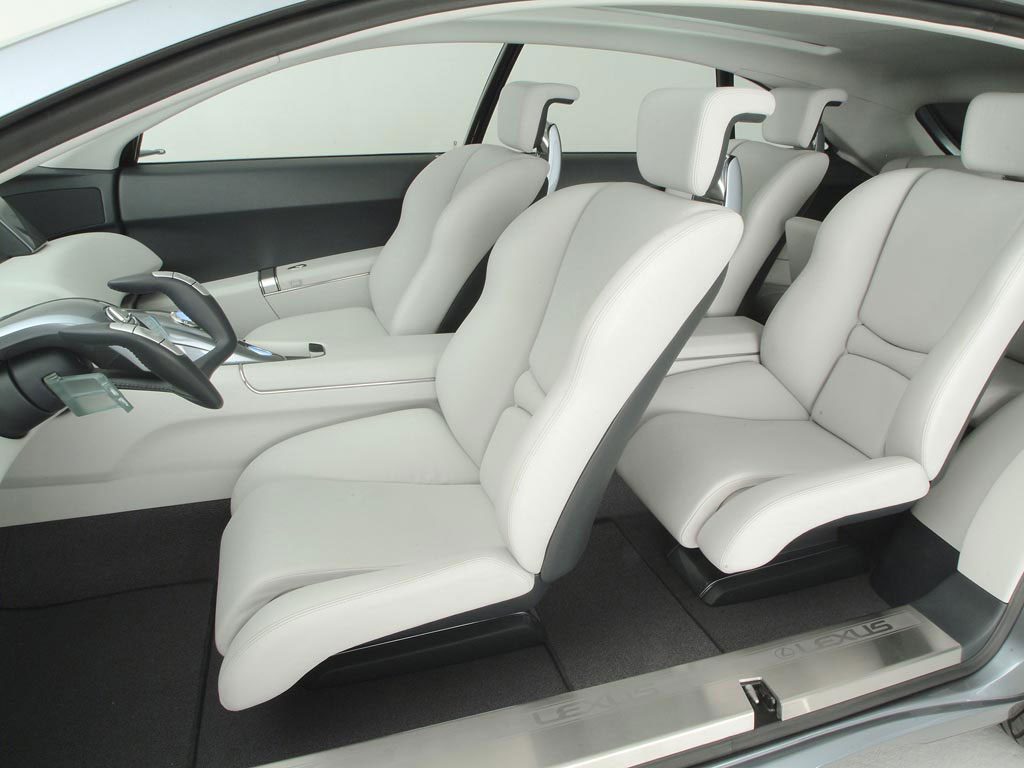 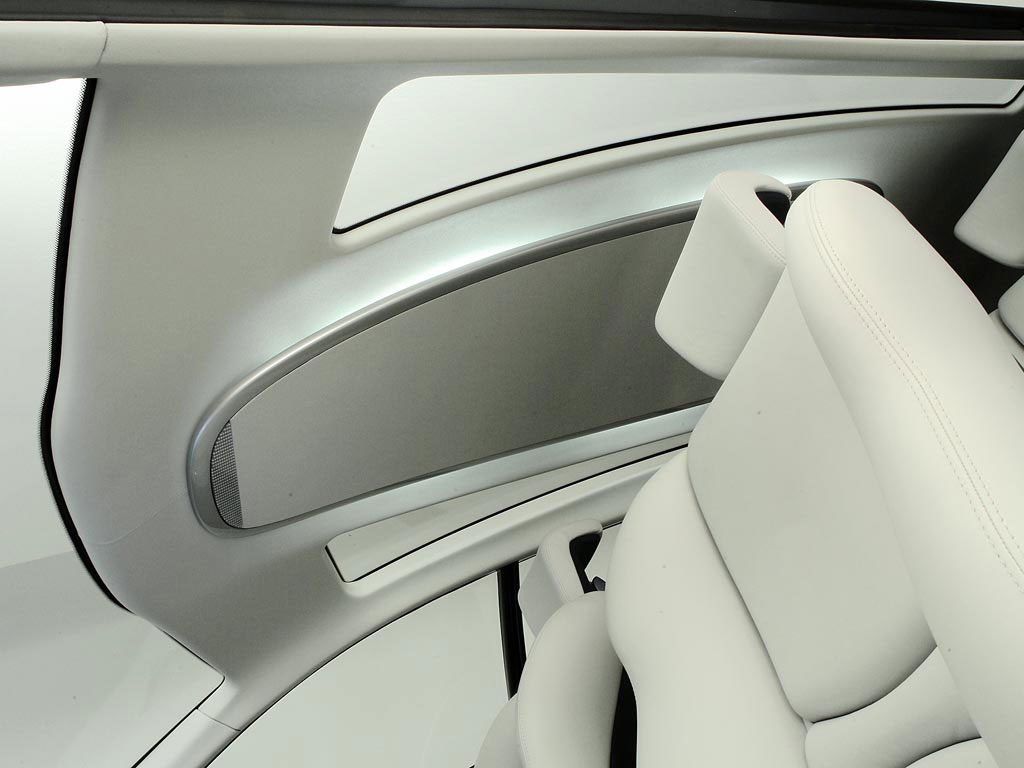 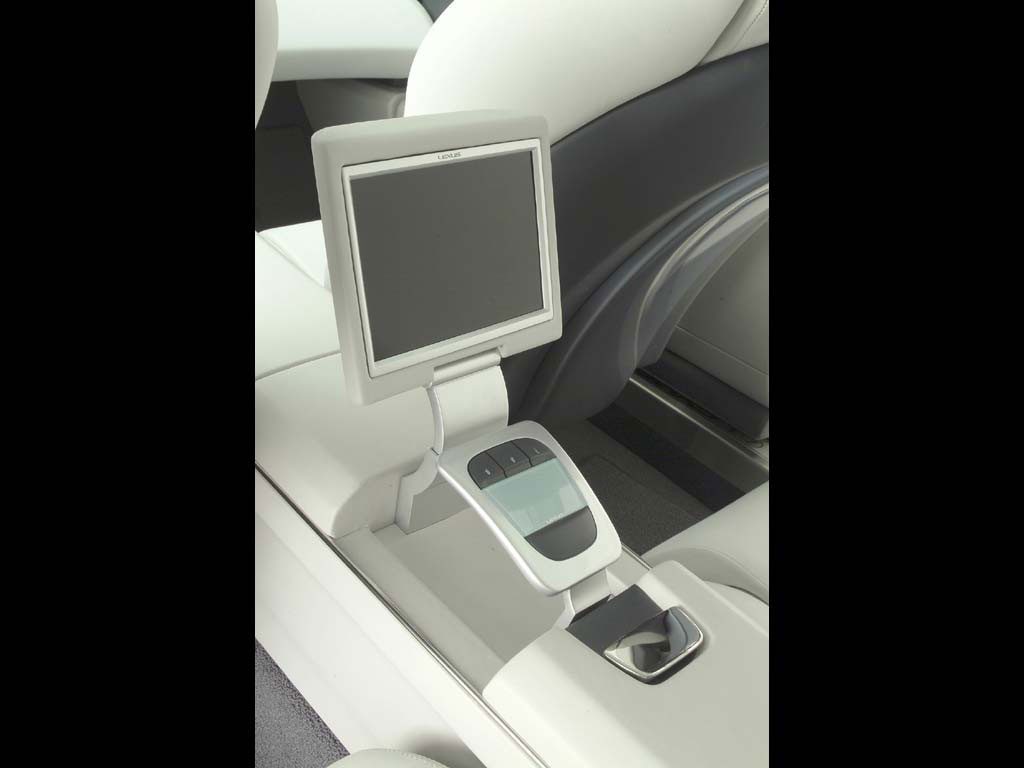 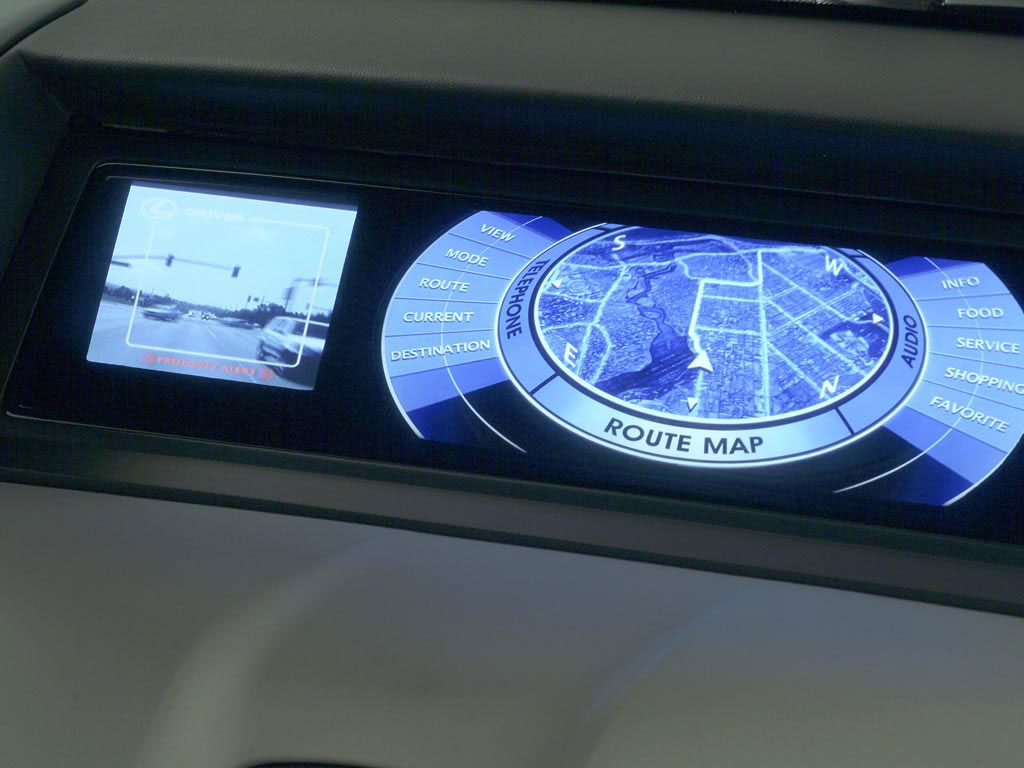 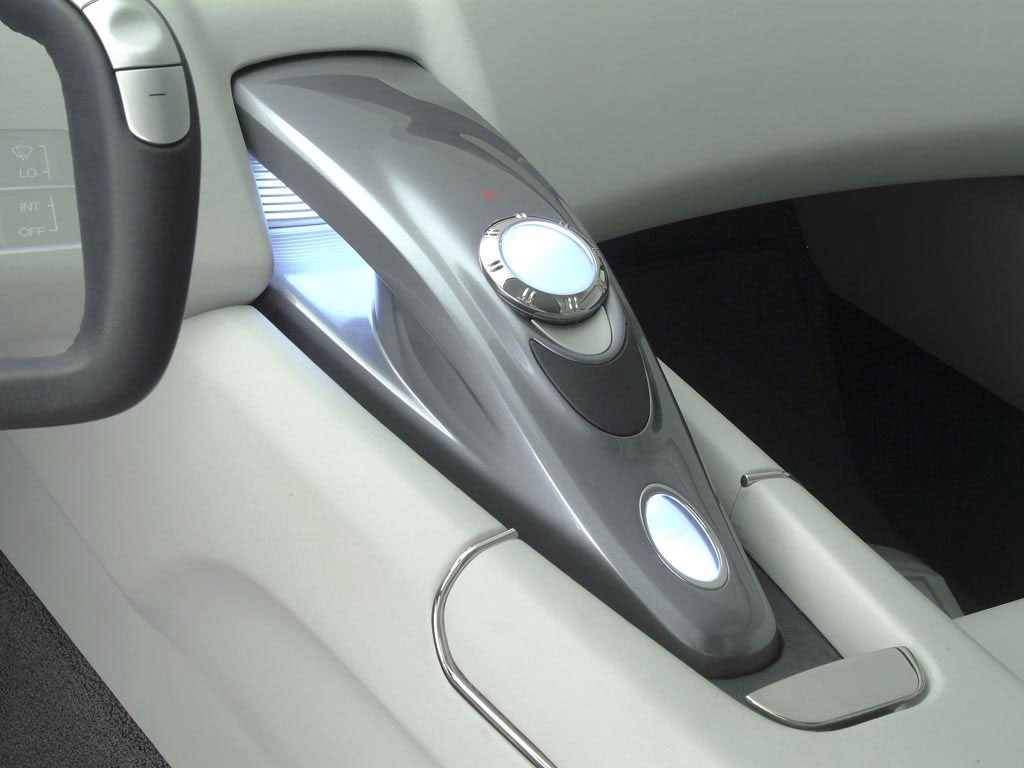 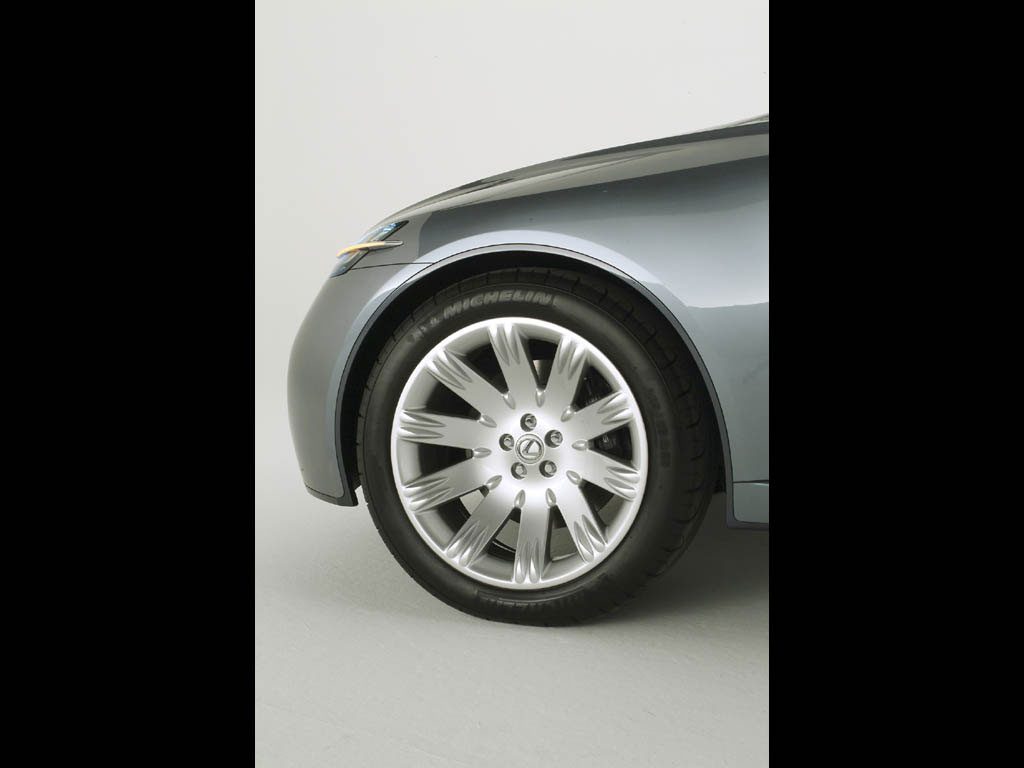 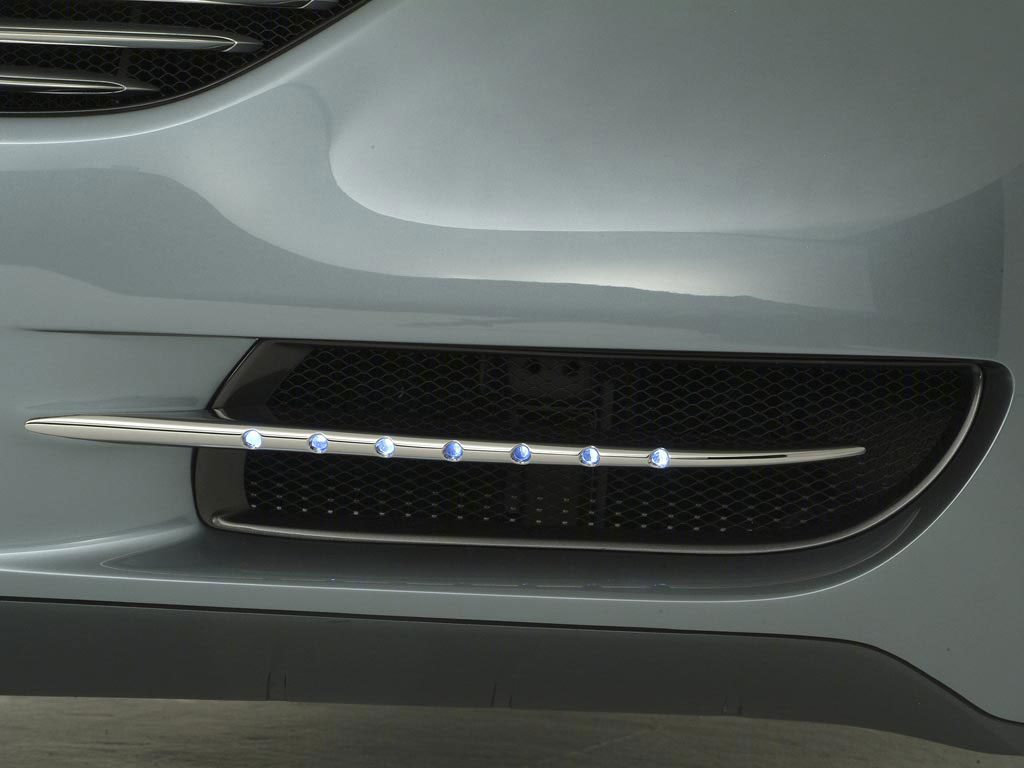 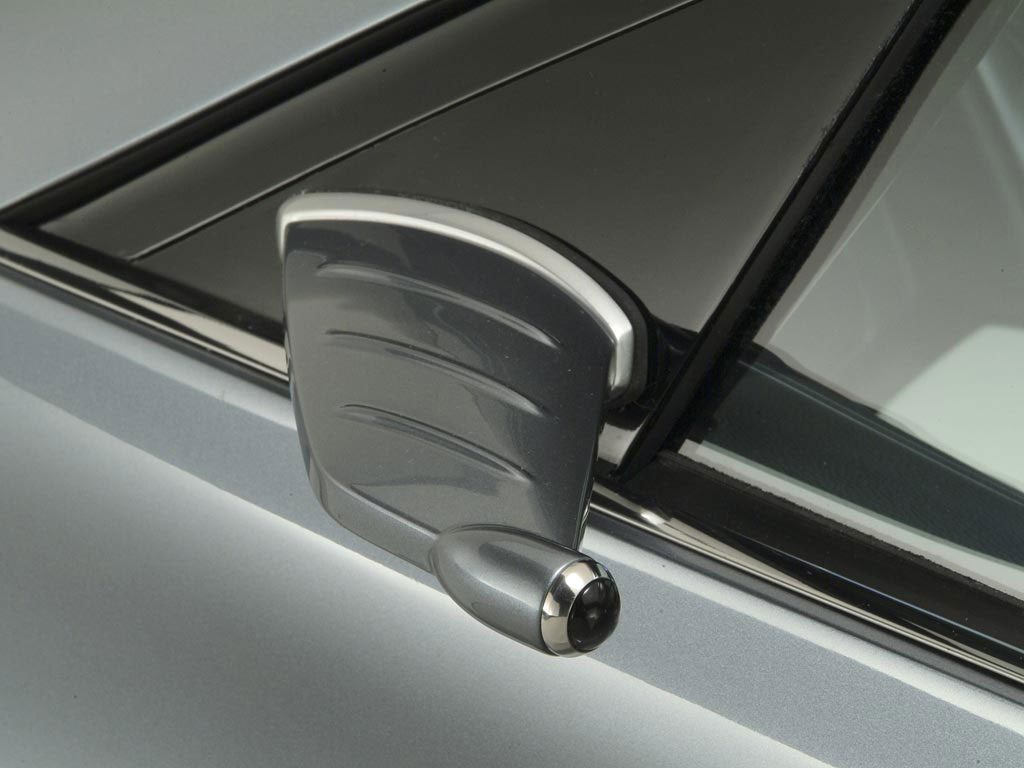 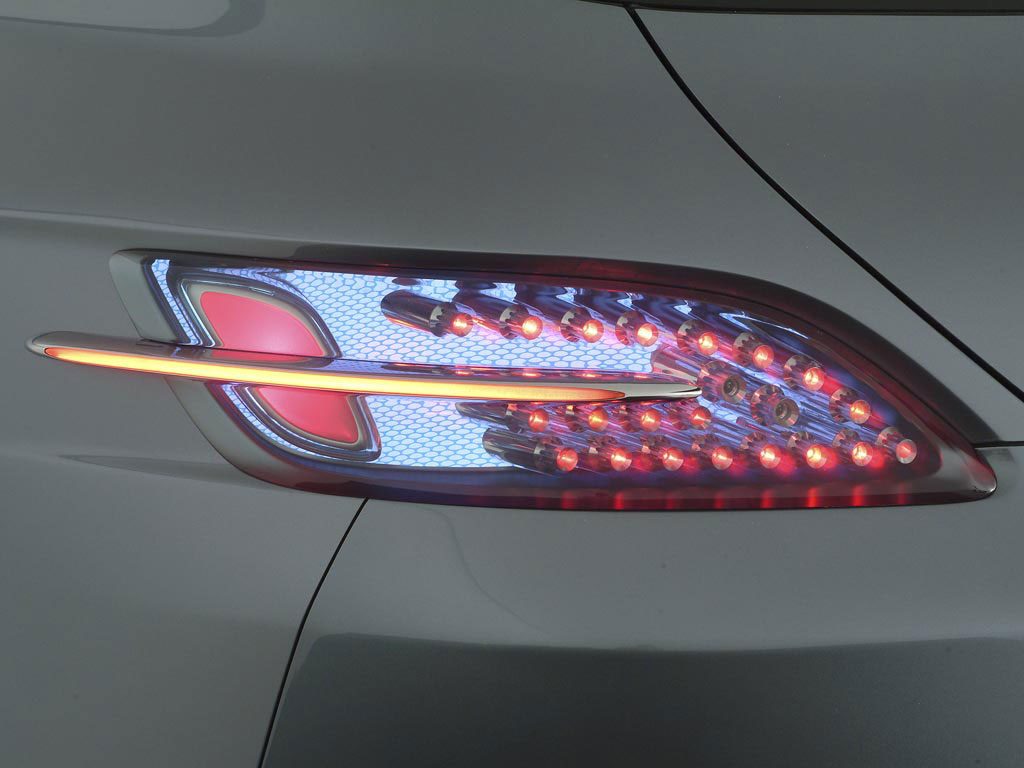 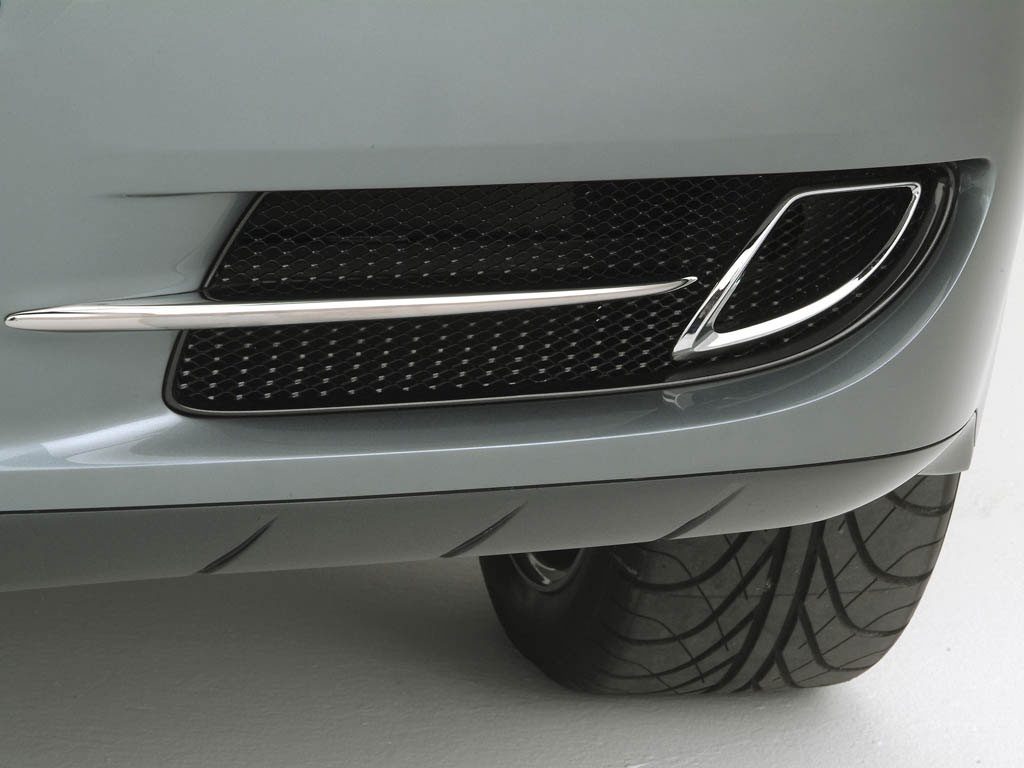 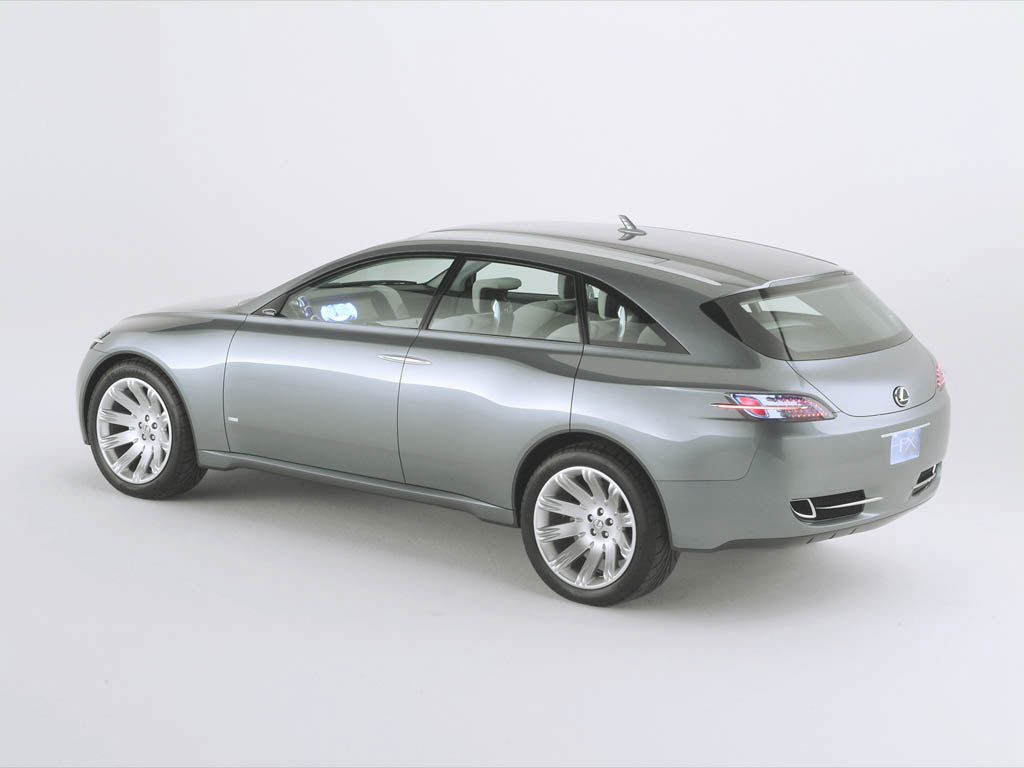 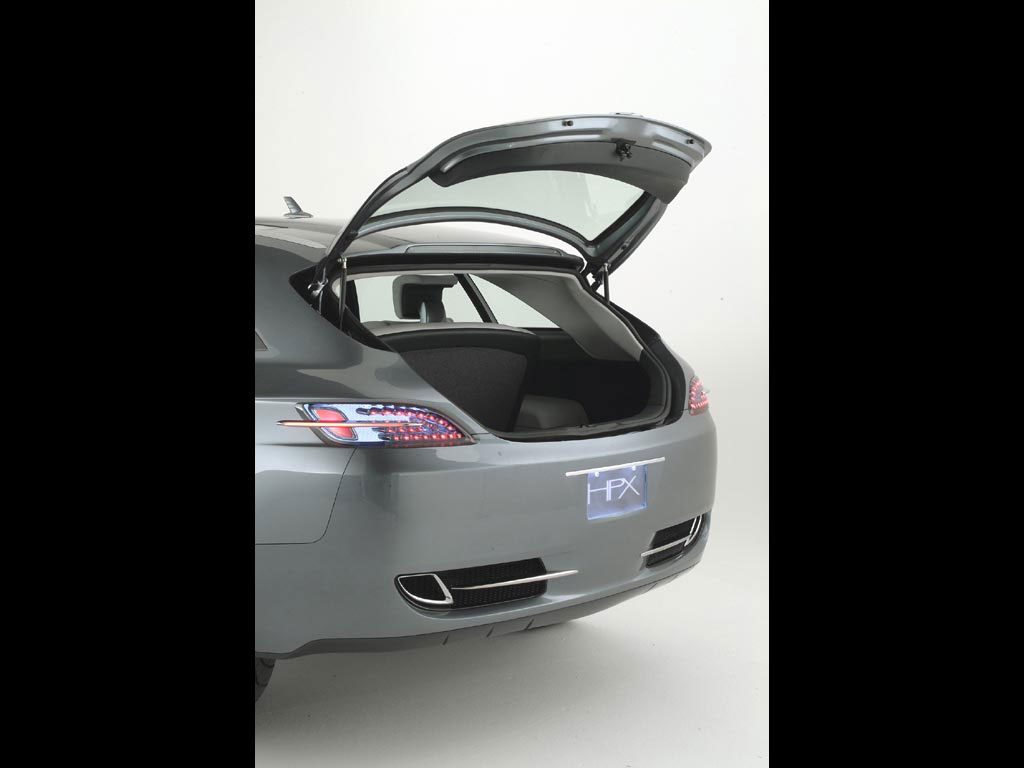 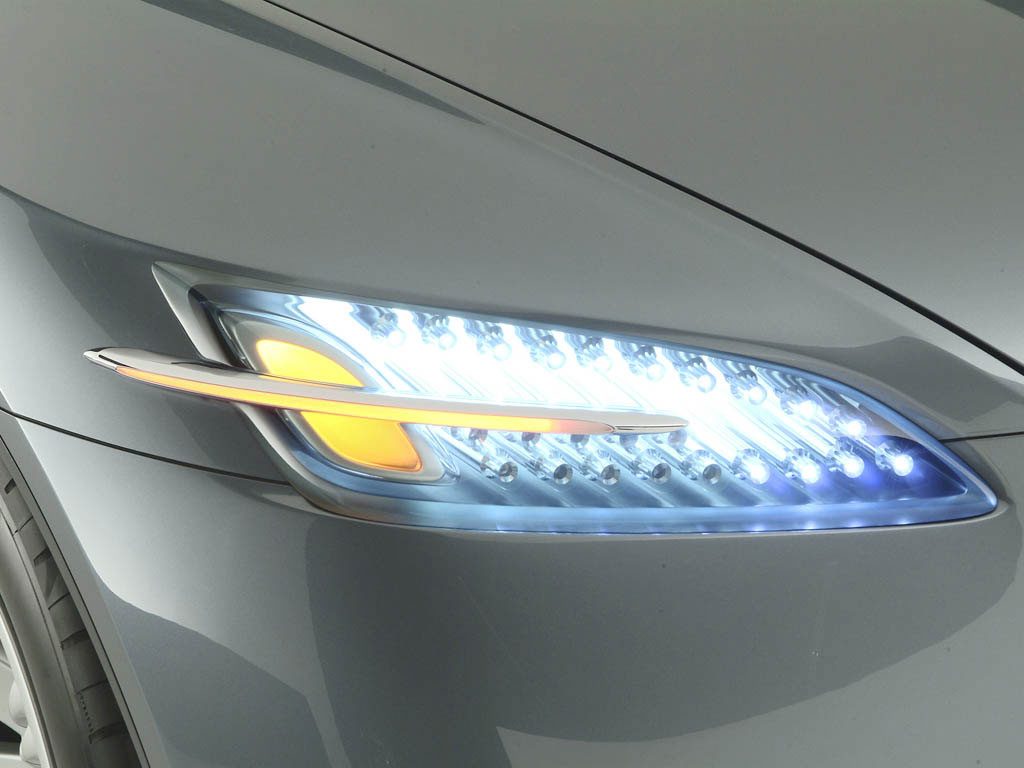 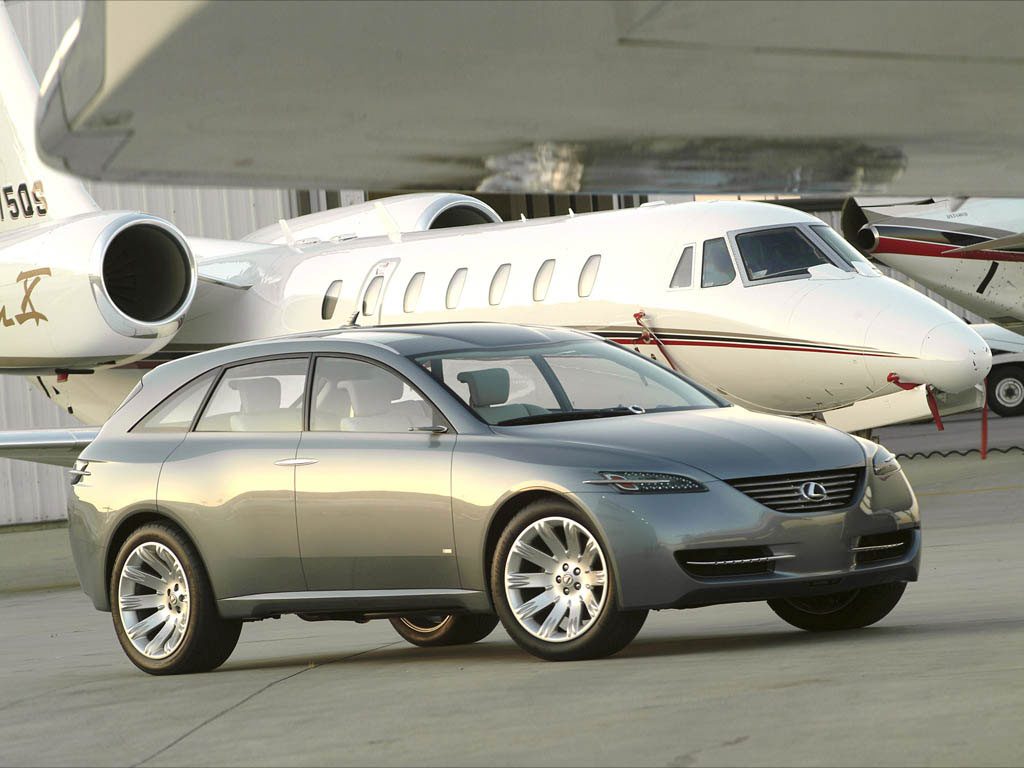 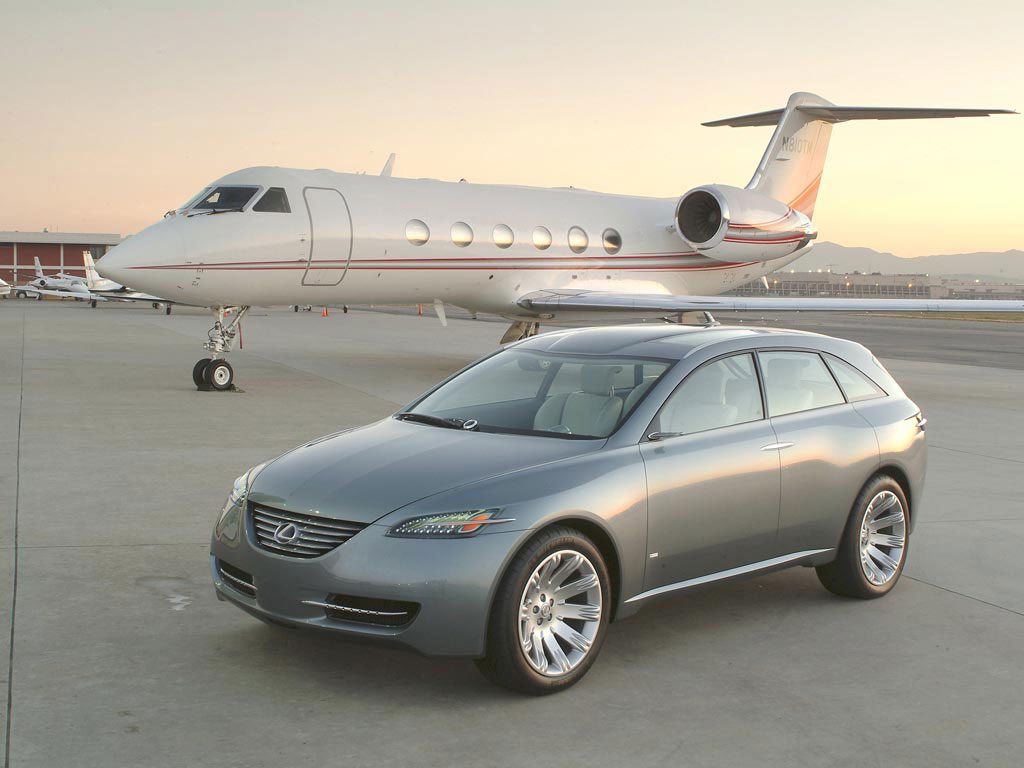 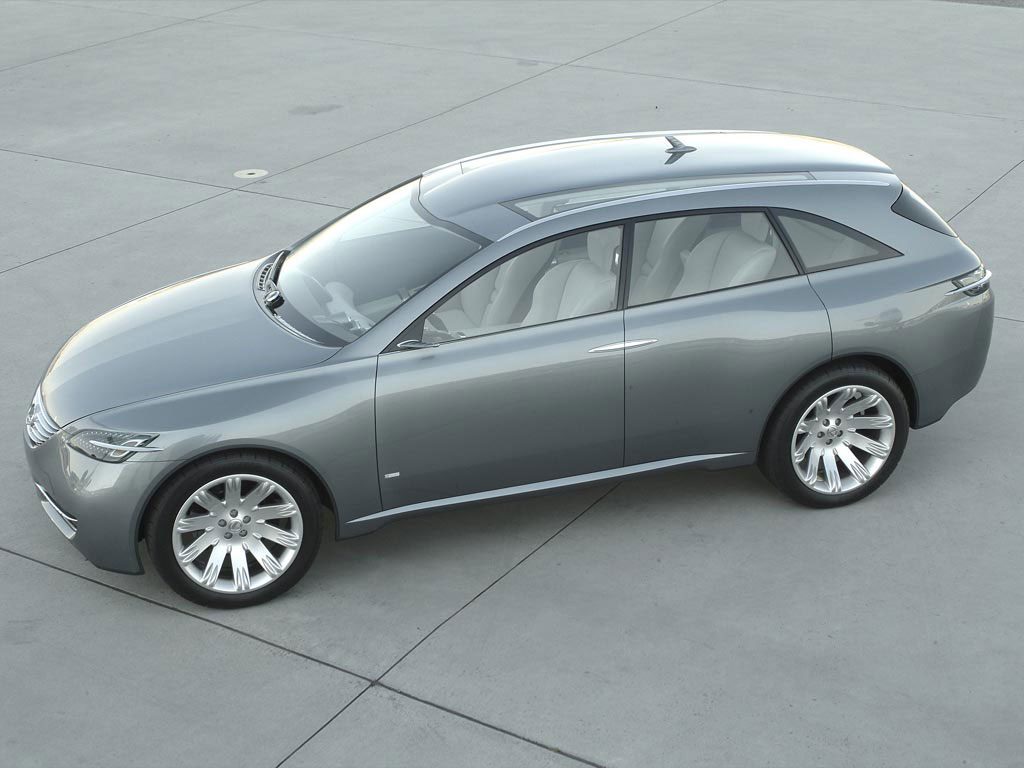 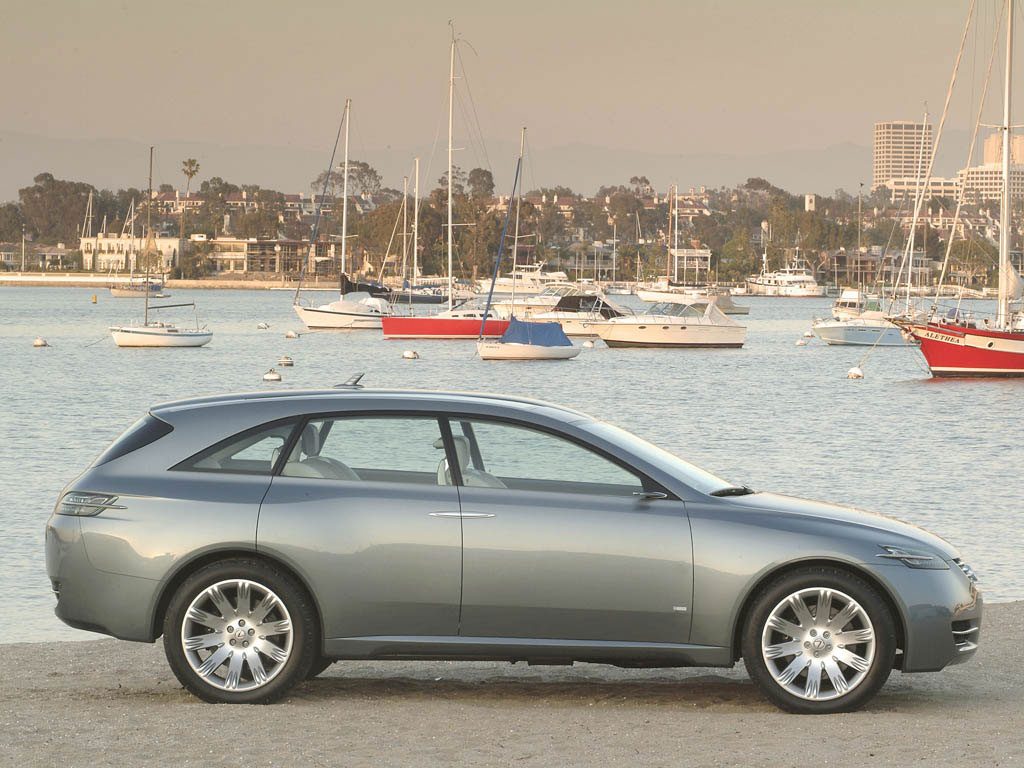 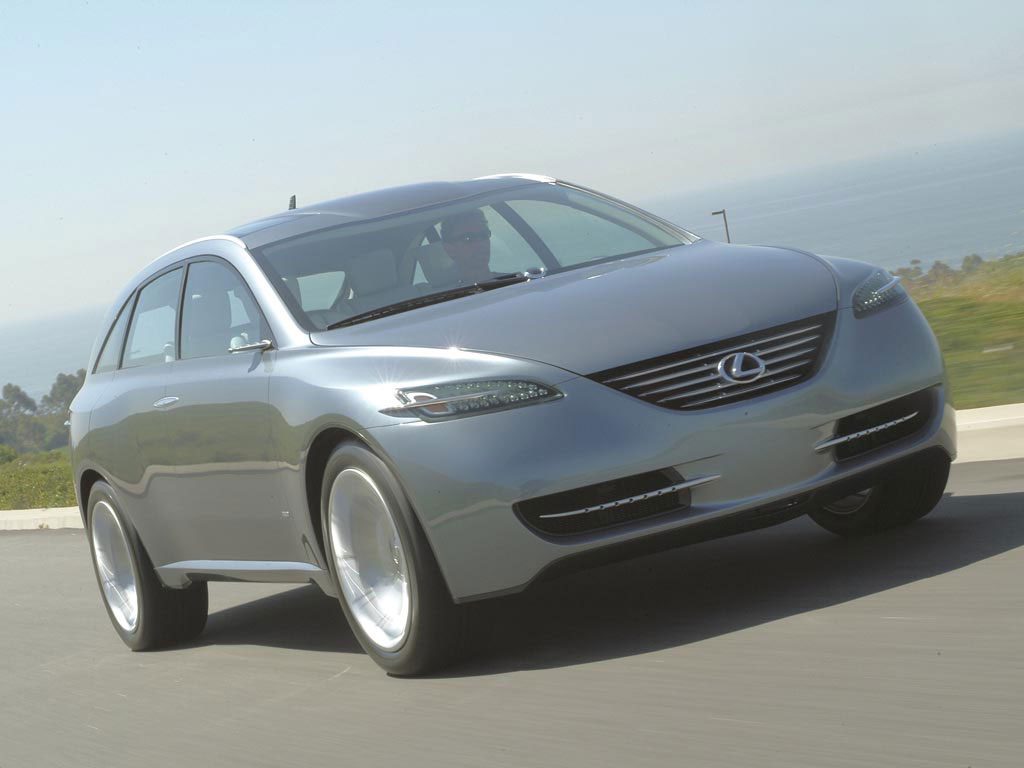 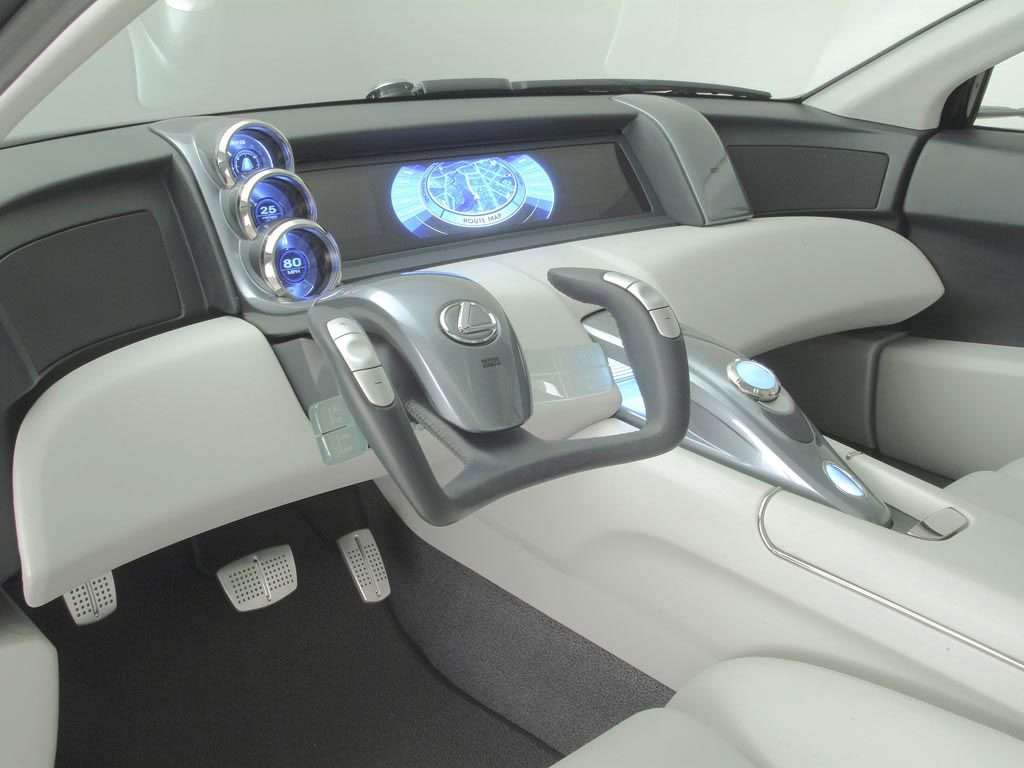 Built off the second-generation GS platform, the HPX, or High Performance Crossover, was designed by Calty Design Research to combine “the versatility of a luxury utility vehicle and the performance of a sports sedan in a sleek and stylish package”.

It’s always interesting to revisit old concepts — the HPX hints at a number of Lexus design cues, like the fifth-gen ES front end, LFA tachometer, and even the Remote Touch controller.

Even now, this concept looks like a home run for Lexus — I wonder if we’ll ever find out why it was never built.

As an aside, check out this super-dated video of the HPX concept from Motor Trend:

so is lexus going to make it like a wagon or a JX/pathfinder? type

Yes, they will produce a JX-like crossover to likely replace the GX. Either Toyota/Lexus filed the "TX" trademark to secure the rights to the name plate in early in development and fend off competitors grabbing it. Or possibly, it is mid-way through development and finishing the design stage. The latter would mean around 24-30 months until production starts, meaning sometime in 2015-2016.
tx name isnt my pick but its great for a 7 seater suv

This is the actual first introduction of L-Finesse cues. The HPX was developed in 2002, only a year after L-Finesse came to fruition in 2001. I also read years ago that the first production L-Finesse, 2006 GS, was designed at the end of 2002, based on that styling language and the 2006 IS in late 2003. Anyways, it's unfortunate that it would have taken a total of 13-15 years to bring it into production.
Very interesting concept in my opinion. Mercedes R have the same filosofy but I understant was not successfull. I hoje Lexus is.

The R-Class was the best Mercedes could come up with in response to this. They saw the hole in the market, but they just weren't ready to fill it. Lexus had the right vehicle, but blew the opportunity. Shows how Lexus would've made bank! It wasn't until 6-7 years later that they came up with the GL.... BD
You're off on that assumption, as DaimlerChrysler had that in the cards since 1999. Does the NAIAS 2002 Vision GST Concept ring a bell and care to explain this December 2002 photo of the production R-Class prototype? If you are supposed to be informative, realize that neither the R-Class nor HPX were targeting the other, unless the HPX was copying the Vision GST. There wasn't any need to mention Mercedes, as it ruins your credibility.

I was in New York when they unveiled it. Saw it live. Much bigger than it looks in pictures. Perfect idea, perfect timing, was really ahead of it's time. Great styling. Hides it's size well. Could have had the whole segment to themselves...... A rare case of bad Lexus management. BD
Damn Lexus should have made it a Production model of the HPX back 2005 it would have been seller and way ahead of its time.
Wow! The HPX is amazing! Very Nice design. Lexus should build this now, ofcourse With a few changes.
The HPX takes us back to the days of clean, uncontrived, refined design (L-Finesse). We can thank Audi for starting the aggressive mouth-breeder look so in vogue today. I held my nose when we traded our 2010 RX on a new one last month. I can live with "the spindle" because the RX is so rewarding in every other way. I'm finding "the spindle" grows on most Lexus people. It seems to garner a love or hate reaction from others. I think the outstanding design of the HPX and the cutting edge performance of the new IS . . . should be what distinguish Lexus from the crowd . . . the way it happened with the first LS. But now. . . we have. . . "the spindle." I wonder if everyone will still be crooning over the spindle years from now? Yes, I know we have to have the aggressive look to be relevant today. But why couldn't Lexus designers work the look of aggressive-refinement seen on the face of the 2014 CTS? Instead . . . we've got the spindle . . . The first time I saw it on the GS I thought of Darth Vader's helmet! Just my humble opinion . . . oh for the L-Finesse of an HPX . . . It seems to me Lexus has dropped two balls . . . the HPX and the spindle.
when lexus had the chance to lead like toyota does, they choose to play it safe. Lexus could have easly made the whole market try to come up with something similar to their L-finess. This is what happens when you turn down your chances of playing a lead role, you have to play catch up to those who grabbed that opputunity BMW MERC AUDI. Spindle grill is okay for today but it is not lexus or part of L-finess. spindle grill is a sign of desperation from lexus. Look at these pictures, this car would sell like hot cakes if launched today without the spindle grill. Good news Lexus has learned their lesson
I love how it doesnt have zig-zagging lines Down the sides like Mercedes and other of todays cars have. Lexus are often told to be "slab sided" which is just fine by me. Lexus should be more refinement than agressivness. Keep it clean and fresh.
Remember the LFA was also one of these original L-finess concepts in the early millenium. it the best looking supercar today and no spindle grill
The only iteration of the "spindle" grill that works/correlates to the overall beauty of the car is the LF-LC; and it is one of the most beautiful cars ever.
Love that exterior. The clean lines are beautifying.
Yeah that's what I've always wanted to point out. The latest Lexus designs just don't possess any L-finesse design cues. Sure they're exciting and 'new' but L-finesse was a timeless concept.
But having said that the 3IS leaves the 2IS for dead in every aspect. The interior of the 3IS is of far greater quality, both in terms of build quality and material wise. And the F-sport seats are heavenly, such comfort, just amazing.
Driving the NX 450h+