Last Friday, I linked to the first round of 2013 Lexus LS reviews, and now it’s time for six more reviews of the new Lexus flagship sedan:

Paul Eisenstein from The Detroit Bureau turns in a thoughtful review, calling the new LS “a striking departure” from the previous model:

Yes, you can flog the [LS] F Sport more aggressively around corners than the base car, and the base car itself is more fun to drive than the outgoing LS, but the 2013 Lexus clearly isn’t going to be described as the new ultimate driving machine.

Does that matter? Probably not. For those who don’t want or need the Teutonic definition of luxury performance the new LS delivers in just about every category one can imagine.

Road & Track’s John Lamm dives into the more technical side of the 2013 LS in his review:

It was easy to hustle the big sedan along the road, the steering direct and confident, no untoward leaning or pushing, braking quick and linear, the F Sport’s V-8 sound generator kicking back the right noise that, incidentally, is absent when you’re cruising on daily roads.

You won’t get the rush from the F Sport that you’d get with an AMG or M, as the Lexus doesn’t have their hard edge. Then again, you’ll have a perfectly good time in the LS 460 F Sport and, given the common sense needed to drive quickly on public roads, you’ll likely have just as much fun and might be as quick.

The review from Mark Rechtin of Automotive News leans a little negative:

The outgoing version was a technical tour de force leveled at the Germans. But because of tough yen exchange rates and a leeching of needed engineering resources, it’s a stretch to call the 2013 LS a full redesign. It’s a mild improvement of a car that was amazing five years ago. But five years from now, this car may seem seriously out-of-date.

The Autoblog review from Michael Harley comes complete with a brief video and a very nice photo gallery:

The standard sedan and hybrid are both sound steps forward, and each will spend little time gathering dust in the showroom. While the new enthusiast model falls short of segment leading – consider it a solid base hit – it is unquestionably the sportiest and most engaging LS we have ever driven. Lexus customers should be elated.

For pure enthusiasm, nothing comes close to this brief review from Club Lexus member Rockville:

The first thing I need to convey is that this iteration is not a reliable appliance. It is engaging and whimsical at times. This Lexus has a soul as rich as the sound of Yo Yo Ma’s cello.

Lexus has transformed the LS from its conservative roots to a more contemporary and stylish event on wheels. Kudos to the Kaizen of Lexus.

Finally, the review from Japanese journalist Toshifumi Watanabe reads harshly when put through Google Translate, but the accompanying photos are definitely worth looking through — here’s a sample: 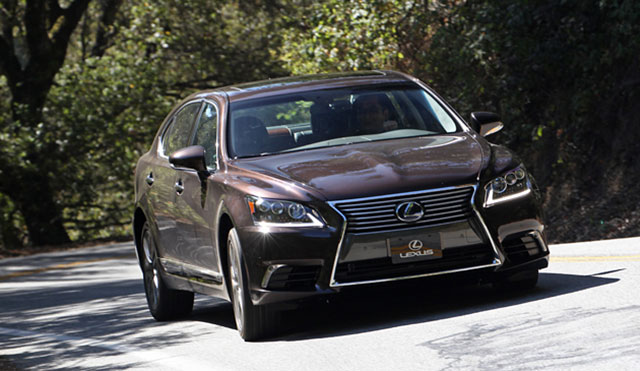 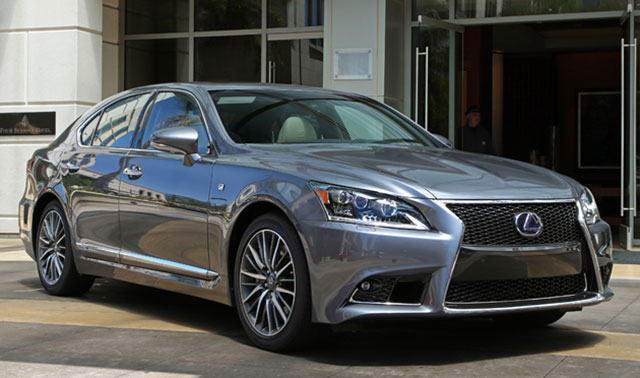 In general, these first reviews have been positive, especially where it counts — the exterior styling, the new interior design, and the LS F SPORT have been well received.

Red one made LS looks smaller . :o
God I am super confused why they keep saying the F-Sport can't compare to the AMG and M to the german Rivals . ITS A F-SPORT YOU STUPID REVIEWERS NOT THE F!!!! IT'S LIKE COMPARING THE BMW 328 WITH THE ISF... -_-

Thank you...  I have been reading these reviewers try and compare apples and oranges and I find it very annoying that they don’t know what they are talking about.  Isn't there anyone out there correcting these people?
To be fair, the naming convention between F and F Sport is not crystal-clear to everyone.  It's true that car journalists should be up on these things, but 1) Lexus had a whole alphabet and digits to work with, and 2) it's a great excuse for a biased journalist to knock Lexus in an article while playing dumb.
It seems pretty clear to me able to tell the difference between the ISF and LFA those are F cars and F-sport is one step lower. It is even listed on the badgind, IMO as "car journalist" shouldn't they know the differences between these two?...