This past weekend, the Lexus LF-LC concept was on display at 2012 Concorso d’Eleganza, a prestigious automotive event held in Italy, where it competed for the Concept Cars and Prototypes design award.

While on display, the LF-LC was captured multiple times on video, including this stunning (if somewhat slow) footage of the concept cruising through the town of Cernobbio:

Also worth checking out is the massive photo gallery posted to the Lexus UK Flickr account — a couple samples: 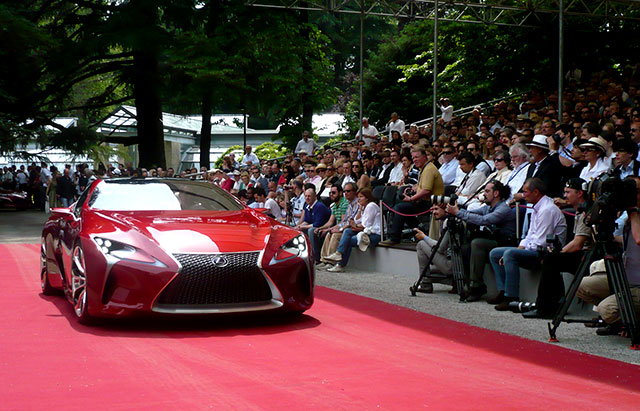 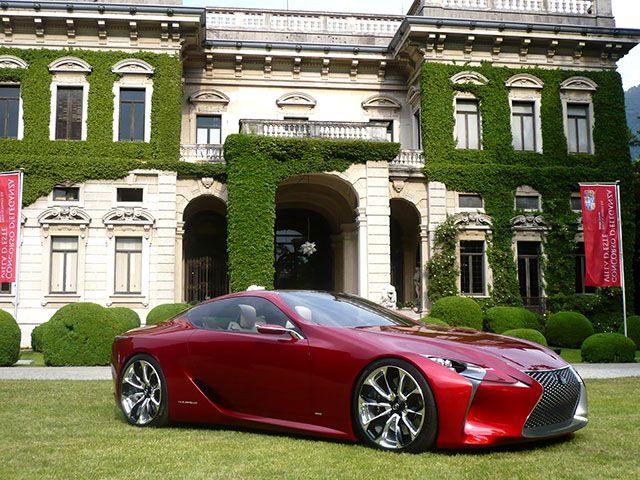 (Unfortunately, the LF-LC did not win the Concept Cars and Prototypes award — the honour went to the Alfa Romeo 4C Zagato.)

What?! How did that ugly 4C Zagato win? I almost vomited when I clicked on that link.....yuk!
Yeah , the 4C Zagato win , I personally quite like the 4C Zagato ... it remind me the time when Toyota still made MR small car just for fun ; I wonder what powered the LF-LC ?
You really can’t expect a Japanese car to win against an Italian car in Italy.
-_____________- That car is so amazing though... At least that Alfa is quite unique, unlike the Acura R8. I mean... the new NSX concept.
I don't know why but the LF-LC makes me feel horny... really..  LOL!
Lexus might be A LITTLE proud of the new design...... BD
Of course the Alfa wins, after all this event IS in Italy.... I'm no biased but the AR looks like a freaking turd, even that Ford is nicer. Who are the judges at this event? a bunch of pigeons?
The Lexus is pure classy design
they should really produce this one with a V12 with 10k+ rpm haha!
I hope it comes AS-IS to the assembly line. Is it odd that I have a HUGE boner for this car?
Driving the NX 450h+