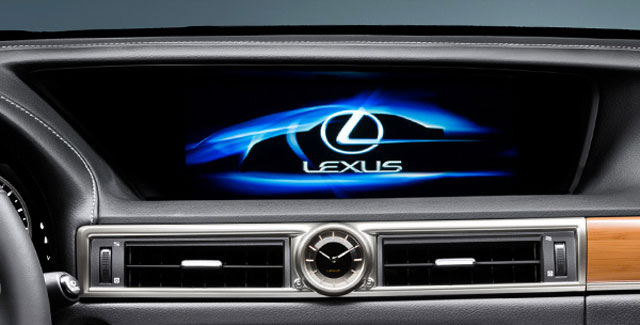 Lexus Magazine is running an article on the massive 12.3-inch information display that will be available on the 2013 GS:

With this setup, the driver and front passenger have a better, quicker view of more screen-operated functions.

Now two screen views can co-exist in harmony, and for that matter, so can the driver and passenger.

The new version, among its other upgrades, allows the driver to control more functions, like climate, control, audio, and the optional navigation, without having to tap menu items in the display screen.

I experimented with the new Remote Touch system and this display a couple months back, and was impressed with the new functionality — the additional space on the display makes it much easier to navigate through all the various menus, though I’m curious just how the dual-screen view will work in real situations.

The new Remote Touch system removes the Enter buttons seen in the RX & CT versions, instead, pushing down on the control pad activates menus. The control pad also stays level at all times, working more like a mouse rather than a trackball like the previous edition.