Autospies photos give us a glimpse at a seemingly production-ready interior." /> Is this the Next-Generation Lexus GS Interior? | Lexus Enthusiast
Menu
Log in
Register

Let’s travel back to the Lexus LF-Gh launch event during the New York auto show in April, where these Autospies photos give us a glimpse at a seemingly production-ready interior: 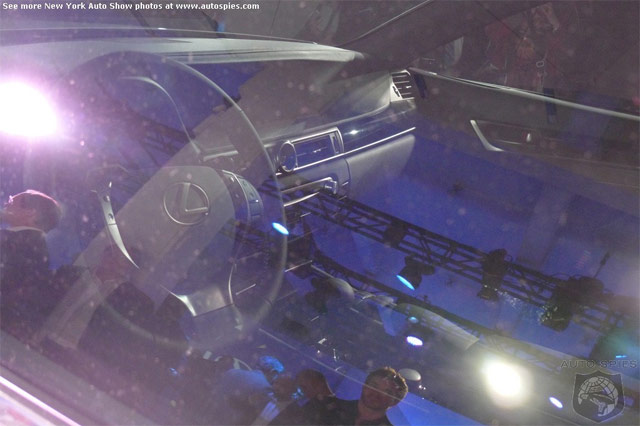 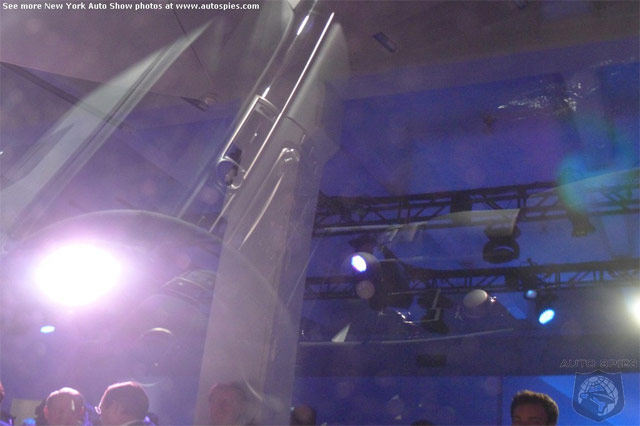 Looks quite dark at first blush, but let’s do a little clean-up: 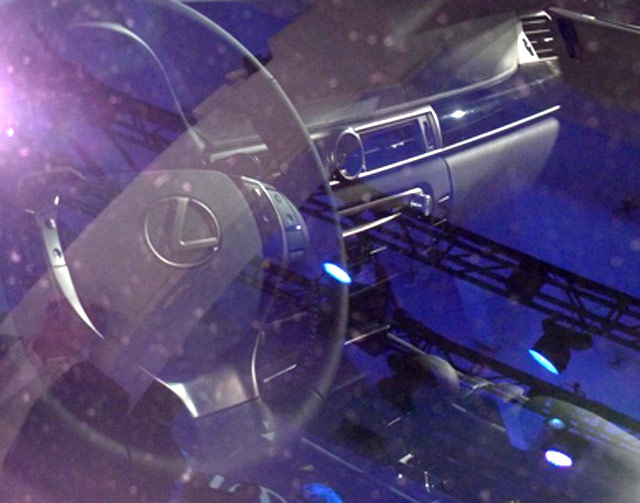 This first photo shows the steering wheel quite clearly, along with a Driver Assist Monitor, the analog clock, part of the stereo, and the gear shift and Remote Touch controller side-by-side. 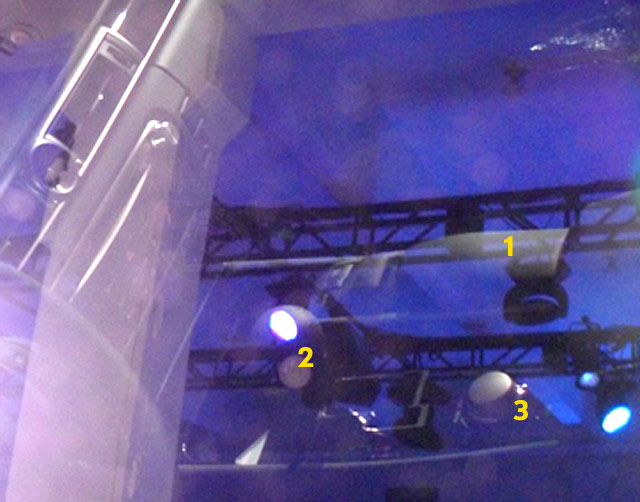 This photo is much more abstract, but gives a better angle on the (1) Remote Touch, (2) Gear Shift & (3) a ECO/Normal/Sport mode selector similar to the CT 200h, which would lead me to believe this is a hybrid.

These photos would suggest that underneath the LF-Gh is an actual next-generation GS — a thought backed up by this spy photo that was seen last week at Nürburgring:

Really though, these are just the broad strokes — there’s still plenty left to see. However, this does give us the general layout of the interior, and I like what I see.

i like it! now if only i can afford it..lol
Fingers crossed for an option for a full leather interior! And a well-appointed and tasteful split between leather and soft-touch materials would also be nice.

Now that BMW softened the 5 Series, it's prime for Lexus to take the luxury sports midsize crown.

It's almost like BMW is repeating what Lexus did with the 3GS -- though BMW doesn't have an ES competitor, so there's some "give" in the lineup for a softer ride, if that makes sense.

This is the right approach with the GS for Lexus, obviously their current formulae for the GS isn't working and this seems like a step in the right direction.. Now I see that the next gen ES will be Pretty much the current gen GS.. as the GS has evolved, mind you; the current GS is not sporty and fails miserably in comparison to the market, it's not that GS is bad, if anything it's superior interms of quality etc etc.. But it lacks the fundamentals of this mid-size luxury segment, and this new GS has fixed that problem and expect it to shake up this "mid-size" segment where the Germans have it as home turf..

The current GS formula is absolutely fine. Sporty, luxurious, reliable and elegant. There's nothing wrong with those mixes.   A brand new GS460 fully loaded is still one of the best sport luxury sedans on the road and probably the longest lasting. Its V8 still gets the best MPG in its class.  "Impressive power; refined ride and handling balance; quiet and well-appointed cabin; outstanding fit and finish."    This was what a recent review said about the current GS. IMO the current GS looks miles better then the new benz and 5 series.  The current GS is a fine car and remain so even after this new model drops.
Great comment, and very astute observation. This is exactly how I expect it to shake out -- this new GS will widen the distance between the ES & GS, which were just too close for comfort in their current generations. The GS needs to be sporty, where it can build off the current momentum generated by the LFA and move Lexus up a couple steps in the performance market. Perfect opportunity for this car, and I'm optimistic based on what we've seen.
Anytime :D And yeah like I pointed out below, the GS and ES are too close for what they are, the problem isn't the ES but the GS, as the Lexus GS should be aimed at the 5 series, instead of trying to mimic the flagship LS, if you know what I mean..

The next-gen 2012 GS needs good dynamics, ride and handling, as well as maintaining the high quality comfort which Lexus is so famed for. If all that could be put together for ALL future models, then Lexus may perhaps supersede the Germans.  On another note, the stereo in the photos doesn't seem right. Looks like a temporary glue on. Can't judge upon it until the actual GS comes out.

Sorry dude but comfort and sporty handling dont go together, its either comfort or sports.. Its exactly like Apple & Orange
Well each car has a certain degree of comfort, even in sports cars. A sports car is made for speed and handling but doesn't mean that the suspension has to be so hard your pelvis shatters every time it goes over a bump.
Yes, Audi RS6 o BMW M5 or Mercedes AMG are examples of this, true? ;)
That's true!

Why do people here expect a sporty GS?! The GS has never tried to be sporty or sell to people who want a sporty car!! Nor will it in the future. The GS is for grown up people, not people who thinks "Fast and the furious" is the greatest movie ever made. This will be a fast comfort vehicle, and that is what it should be.

Problem is that Lexus simply has to move towards sportier models. Just have a look at the average age of Lexus customers. And luckily Lexus seems to have realized that, first with the CT and now with this next-gen GS. And we are not talking about the Fast and Furious-watching tuner crowd here either. The GS should be sporty like a 5 series or A6, not like some tuned Civic. It is possible to combine classy elegance and luxury with at least some degree of sportiness, as the Germans have been proving. For the comfort first crowd, there is still the ES left in the Lexus stable.
The GS never tired to be sporty.... ??   You might need to retract that comment > and read about the 1999 GS400 V8 with 300hp and 310tq . . .  "Something wicked comes this way"   It was the worlds fastest automatic sedan. I love My GS400 and it reminds me that the ISF wasn't the first performance Lexus.
Powerful and fast yes, but not sporty. The Porsche Panamera too is a fast car, but not a sporty car. The Audi A6 sporty?! No way! BTW: Audi's are awful cars! BMW has made all their cars less sporty and more tuned towards comfort, because that is what the acutal paying customer want. Just look at the 3-series. Same for the 5. The new GS, like the previous, is not and will not be a sports-car.
If that's the case, then tell me why the Lexus GS sold only 7059 units last year? Let me give you the numbers of the BMW 5 series and Mercedes E-class BMW sold 39488 5 series Mercedes sold a whopping 60922 units of their E-class The main problem with the LEXUS GS is that it doesn't provide a reason for Lexus buyers to choose it or owners of a BMW or Mercedes to choose it either.. First people who would purchase a GS would might as well buy an LS (notice how the LS outsells the GS by far).. Or they would buy an ES, since it's cheaper and offers an LS experience.. Buyers of 5 series and E-class want more sporty cars, specially those of the 5 series.. Now you see how the GS just doesn't have a strong customer base?
I think you might have the ES & GS mixed up.

I don't like so much this interior... I expected something like the CT200h or maybe the RX or LS, but this... Is so low, and between the two diffusor of air is an analogic watch? Mmm... I think we should wait and see.

I personally think the Lexus interiors are going down the tube. I hope the new IS is better looking than this. Loved the interiors of the old IS200 and IS250's. Not a fan of the new RX remote touch, CT or this one. The touch screens rocked. Why do they need to copy the German's. They should keep their own style!

I have to agree, the LS is the Le-risqué of interior quality, design and aesthetic.. Everything is perfectly made and placed, no messy or protruding buttons or offensive language scheme.. ES, IS, GS, RX all have interior that aren't even comparable to newer rivals, Lexus interiors are that good..

If I remember correctly, there were three main points in going from the touchscreen to remote touch: cost, design, and usability. Apparently touchscreens are significantly costlier than a standard screen plus the mouse-type controller. Design-wise, the remote touch system allows to place the screen a lot further from the driver and closer to the windscreen, which also helps usability/safety because the screen is closer to the sight lines of the driver. IMHO Lexus is keeping their own style with the Remote Touch system. It is unique compared to the now ubiquitous controller-wheel design (iDrive, MMI, Command, and even that Equus has it). And it certainly is worlds better than what Infiniti uses. Even the generally Lexus-unfriendly auto journalists seem to prefer Remote Touch (except here in Europe, but that's nothing unexpected).