running an article about a group of six New York City taxi drivers that have traded in the usual taxicabs for Lexus RXs." /> The Story of New York City’s 6 Lexus RX Taxis | Lexus Enthusiast
Menu
Log in
Register 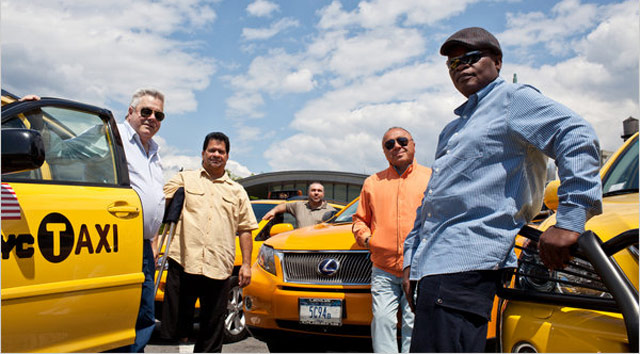 The New York Times is running an article about a group of six New York City taxi drivers that have traded in the usual taxicabs for Lexus RX hybrids:

Does driving a Lexus taxi mean more money in fares and tips? No, at least not measurably. But cachet? Most definitely.

“A cab driver is dying for individuality,” said Neil Newmark, a 30-year veteran taxi driver who has been driving his Lexus for two years and who says that some independent taxi drivers try to distinguish themselves through bumper stickers. (He does not have any.) “I sort of feel like a celebrity.”

All six drivers are fiercely protective of their taxis. Mr. Adler does not let customers put their bags on his leather seats. Mr. Atanelov held his hand to his heart when he described customers slamming his car doors. The Lexus cabbies all also do without the extra income that comes from leasing their cars out to other taxi drivers, for fear that others might not care for them as well as they do.

It’s a great story — too bad these Lexus taxicabs will soon be a thing of the past, as Nissan has just been awarded the contract to supply NYC with NV200 taxis for the next 10 years.

Too bad they are seriously considering banning the use of the 450h as a NY taxi because it is too powerful. While I don't agree with banning them, I do have concern with them being driven by the stereotypical NY cab driver. A 450h in the hands of an aggressive, road rage filled driver could be trouble. If you have ever driven one, you will know just how powerful they are. The torque supplied by the electric motors is constantly tempting you to gun it (at least that is the effect it tends to have on me).

I would prefer a RX Taxi over a Nissan BoxVan Taxi ... though .