In advance of its full reveal at the New York Auto Show, Lexus has released a couple teaser images of the their next-gen GS concept, the LF-Gh — let’s tackle the front photo first: 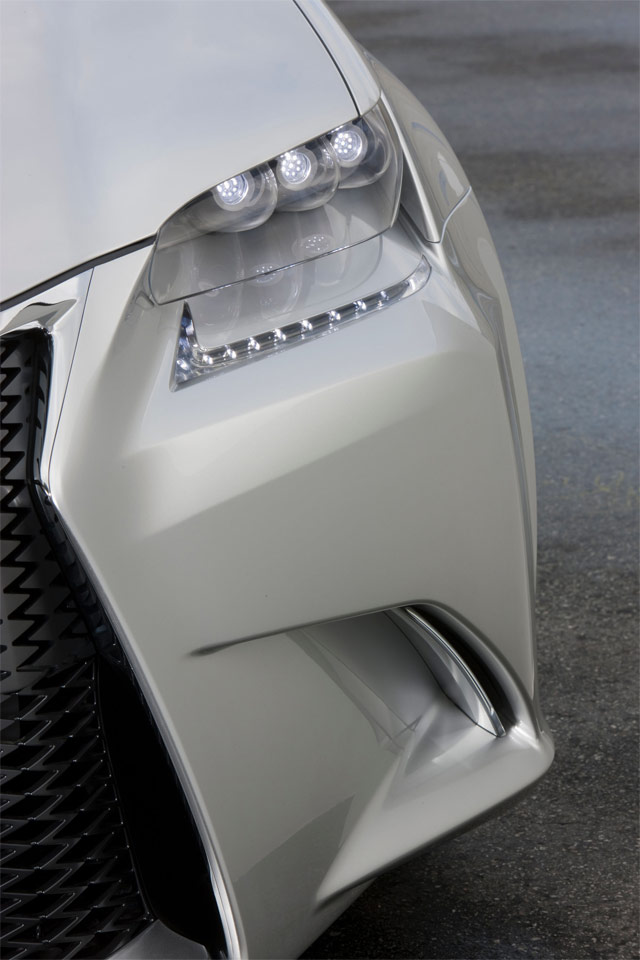 There are some LF-Ch design cues with the chrome accents on the front grille and the light housing design, but there will be no mistaking this for a giant-size CT. For one thing, the front grille is MASSIVE, and in my mind, just the kind of bold move that was needed with the next-gen GS. The inset LED daytime running lights are likely a concept twist along with the bubble-ish LED headlights.

One surprise is the absence of the GS’ traditional quad headlights, which may be the biggest indication that Lexus is planning to take the GS in an entirely new direction.

Next up is this rear shot: 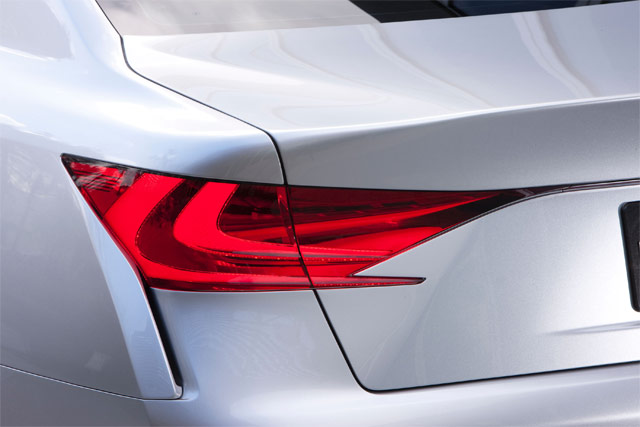 Again, the LF-Ch design has been carried through with the rear lights, and another thing this photo shows is the overall shape of the LF-Gh — it looks as though the fastback design of the current-gen GS may have been minimized.

There’s still plenty left to see, but I like what I see so far. These teasers seem to point towards exactly the type of aggressive & sporty design that the GS needs — very excited to see the rest of the car in NYC.

First, they copied Mercedes, then, BMW, now, Audi. The next itteration might be Hyundai.
You know----why do some of you people even visit the Lexus websites if you are going to be so negative and embarass yourselves----to me it reflects that Lexus is certainly on your mind as the BEST----otherwise you would not waste your time to look----I do not want to buy MB,BMW, or Audi ,therefore ,I do not even visit anything remotely related------enough said---the haters are certainly mesmerized by the status Lexus has created for Value, Styling, Extreme quality and Resale value----something all three of the German cars can NOT boast about.....you make yourselves look like babies trying to bring yourselves up with derrogatory comments. Lexus will prevail with extreme motivation and focus---you do not achieve their status and let it slip away.
Great comment !
This upcoming GS looks really interesting. Ok the old one looks still great but there is enough space for a new one. Let's see the complete car :-)