END_OF_DOCUMENT_TOKEN_TO_BE_REPLACED " /> Comparison: 1990 Lexus LS 400 vs. 2010 Lexus LS 600hL | Lexus Enthusiast
Menu
Log in
Register
You are using an out of date browser. It may not display this or other websites correctly.
You should upgrade or use an alternative browser.

Lexus is celebrating their 20th anniversary in the United Kingdom, and to show how far the brand has come in twenty years, they’ve released a video comparing the first-gen LS & the current LS hybrid:

Here’s a chart that details the differences, just in case they went by too fast:

In some ways, it’s hard to believe just twenty years have passed between these two models, but you can still see the heritage when you compare them visually: 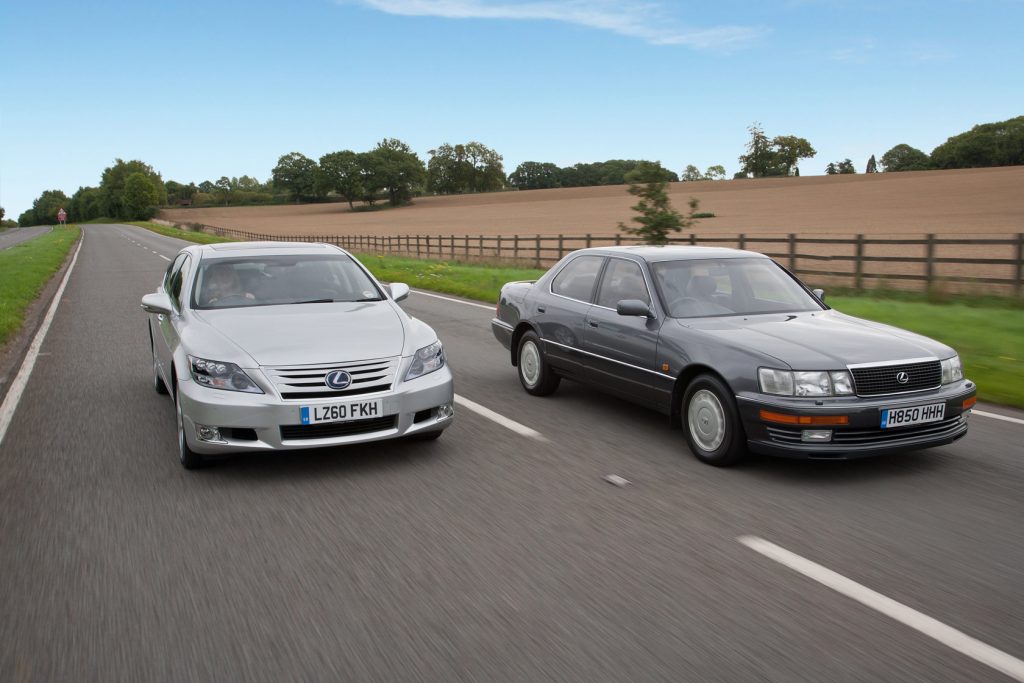 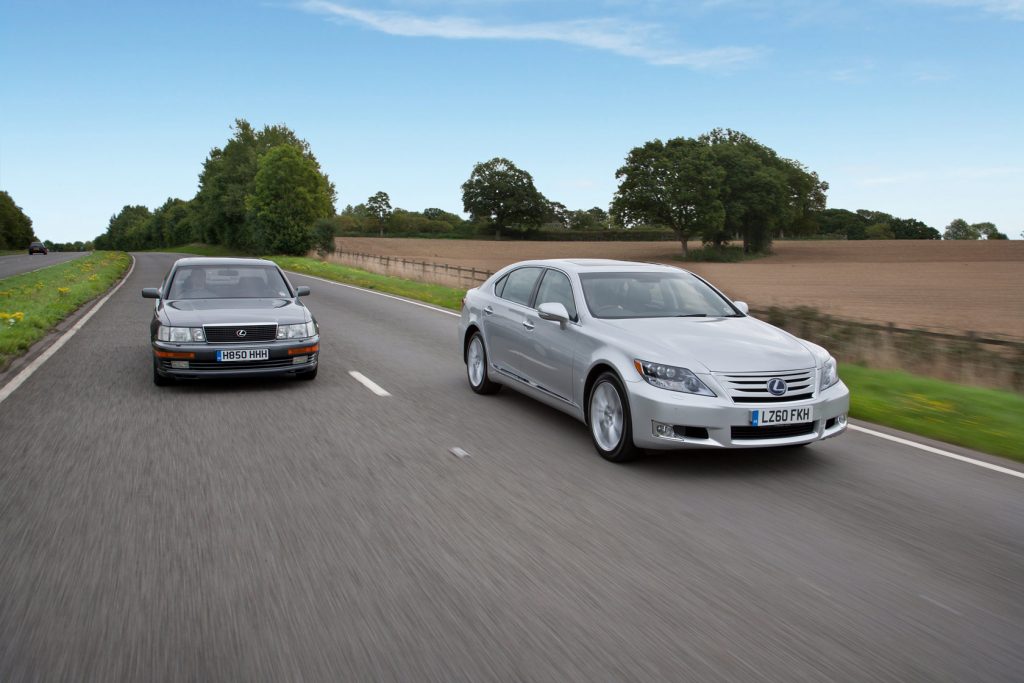 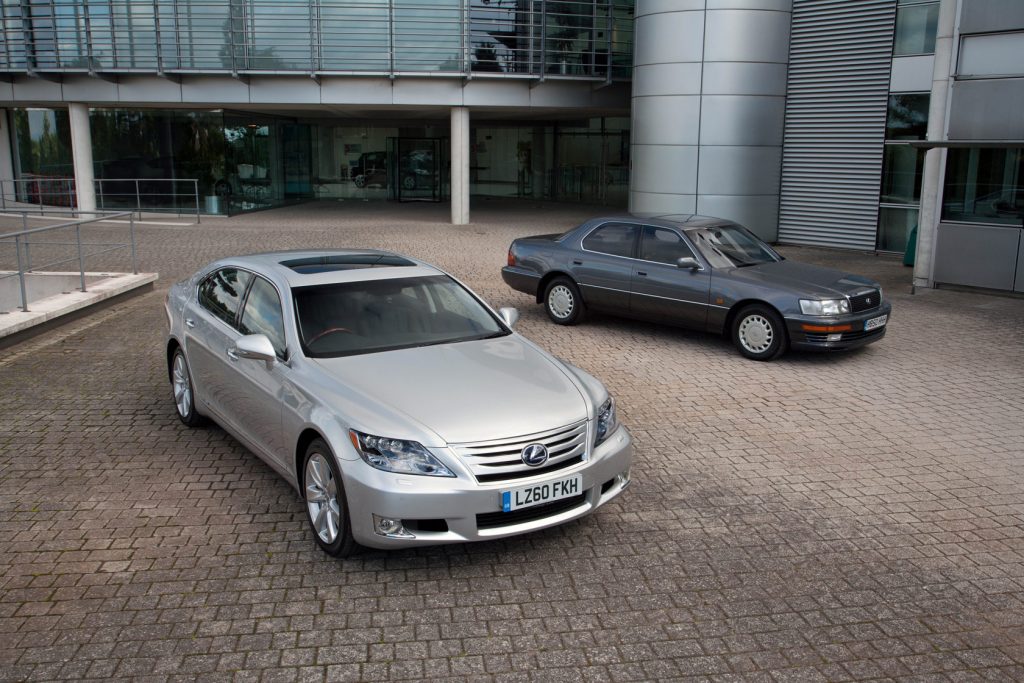 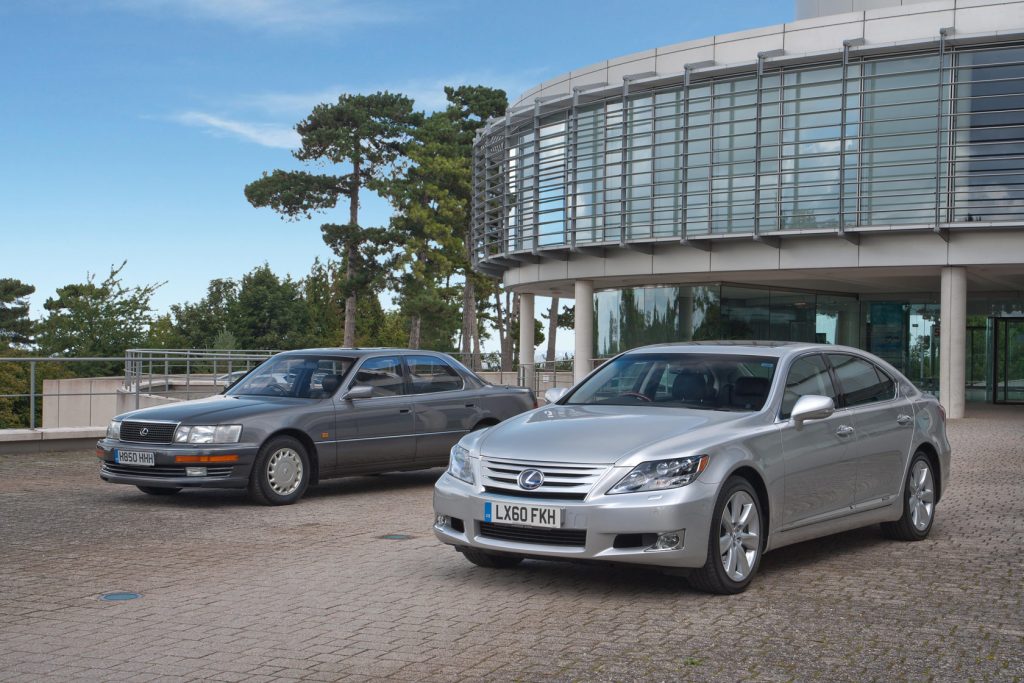 The body of the NX is wrapped in a map of every player's movement during their championship games.
Kevin · June 14th, 2022

Safety: 5 seatbelts LOL This is something I've always wanted to see! Thank you so much for sharing it! And that V8 in the LS 400... it's amazing how a few, simple technologies brought the power up to 290hp for the facelifted 2nd generation LS - 300hp for the GS 400.
KREW----THANK YOU FOR THIS ! What an outstanding comparison of the two at several generations apart. LEXUS needs to give their best performance and advertise a similar comparison in the US for their 20th anniversary. What an incredible acheivment to be so proud of. I owned the '93 LS with air suspension and all the upgrades at the time and kept that car for 8 years. Enjoyed every one of the 223,000 miles I put on her. I believe the HP was 265 and felt like that baby was a sports car---it could fly without wings. Looking forward to a purchasing new LS 600HL after the Holidays---- Thank you again and Merry Christmas to you and your family ! Your work is outstanding and makes all of the LEXUS entusiast sp proud----Keep it up--I'm sure LEXUS is so pleased with your accomplishments.
The first generation LS really has aged well. Swap out those wheels and the front bumper and I think it would really look great.
Whatever ... I'll take the first gen & paint it White .
@Mike DeLorca. Always good to hear from a true loyal Lexus owner. I'm sure you'll love your new LS600lh as much as the first.

Mike DeLorca wrote:Thank you again and Merry Christmas to you and your family ! Your work is outstanding and makes all of the LEXUS entusiast sp proud—-Keep it up–I’m sure LEXUS is so pleased with your accomplishments.

And a Merry Christmas to you, Mike! Thank you for your kind words, much appreciated. :-) What LSh color combination are you looking for?
the LS600 looks like something that came from the time machine in the photo.... and it looks pretty good in the pics
@krew: KREW---Thank you for taking the time to reply--I really appreciate it---your work is very inspiring and I am one of the loyalist who check this website often in any given day when time permits. Please keep up your powerful message and hard work for LEXUS ! In reference to the LSH--I am really fond of the lightest colors for this vehicle---the '93 LS was White Pearl with the gray lower body panel and light camel interior--i have nver quite recovered from the impact and love that car made on me. I wish to duplicate it a bit---lookinig for the Alabaster leather with the Fire Pearl exterior. I will likely order, since I want more of the bells and whistles than most come equippedd with on the lots----that is if you can find them. The '93 was so refreshing and all of the current LEXUS vehicles I have owned have been Silver--- Thanks again for you website and work--look forward to your additions every day ! Happy Holidays---
@JVX: Thank you JVX---nice to see others with like minds----refreshing to see, since there are so many haters that like to stir up negativity...Have a safe and happy Holiday !
After watching the clip, I have an urge to buy the 1st gen LS400. lol.

DuDE wrote:the LS600 looks like something that came from the time machine in the photo….and it looks pretty good in the pics

Just imagine in another 20 years. Compare the current gen with that gen and you would probably say the same thing ;-)

jesseps wrote:Just imagine in another 20 years. Compare the current gen with that gen and you would probably say the same thing

I can't even imagine what Lexus will look like in 20 years. Can't wait. 8-)
To be honest, the 20-year old car looks better. I still can't stomach that hideous hybrid front end. Wonder how both these cars will compare to the future LS, 20 years from now... but the original LS400 will still be a classic design even then.
All about the 2023 RX