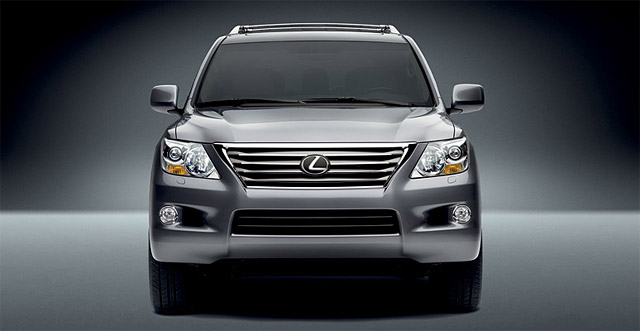 Consumer Reports has released the findings of its 2010 Annual Auto Survey, where Lexus performed very well in light of recent safety recalls.

First off, the Lexus LX 570 was named the most reliable luxury SUV overall, and only the AWD GS & IS 250C scored below average. All other Lexus models were named average or above-average in reliability.

On the other hand, other luxury car competitors did not fare so well — five of BMW’s eleven models, six of Mercedes’ thirteen models, and three-quarters of Audi models all scored below average.

AwardsUSA
Tops for the second year in a row.

alrighty... now that we know the truth, how about that Lexus gives us something as appealing as the latest Brabus version of the S-class?! http://www.netcarshow.com/brabus/2011-sv12_r_biturbo_800/800x600/wallpaper_08.htm The S-class interior has always been overrated, imo, and even though I'm neither a big fan of Apple nor Mercedes-Benz, Brabus always manages to create something that is easily underrated.

WorldofLuxury wrote: imo, and even though I’m neither a big fan of Apple nor Mercedes-Benz, Brabus always manages to create something that is easily underrated.

eh, i'm a huge apple fan and would love a built in mac in my car but i'm not all that excited... Is there a way to see what each car scored, specifically the RX H?
Well done Lexus ... keep up the good work. Pity about recent recalls but as long as Toyota & Lexus resolve thier current challenges (properly) and continue to biuld amoung the highest quality and most reliable / dependable vehicles in the world, then there is no reason why they shouldn't continue to excell.
att : WorldofLuxury - Lexus is slowly but surely developing it's own indentity with F-Sport and F-Series and quite frankly, they are doing a good job. Cheers
Not good enough. So what that Lexus is still in the Top 10. It should be No. 1!
BMW, M'Benz & Audi can be found were in the survey ... towards the bottom. Lexus - towards the top, as always !!