END_OF_DOCUMENT_TOKEN_TO_BE_REPLACED " /> 2011 Lexus CT 200h: First Drive | Lexus Enthusiast
Menu
Log in
Register
You are using an out of date browser. It may not display this or other websites correctly.
You should upgrade or use an alternative browser.

Over the past month, I’ve had two occasions to drive the Lexus CT 200h — first time up was at the NYC stop of the CT 200h World Tour, where I found the CT 200h to be a perfect fit on the busy New York streets, easily absorbing the rough edges of city driving without dulling down the driving experience. It was a brief intense test, and you can read my account over at Lexus Magazine.

My second opportunity to drive the CT 200h was in France, just outside of Paris, and it was here that I had a chance to really put the hybrid hatchback through its paces. 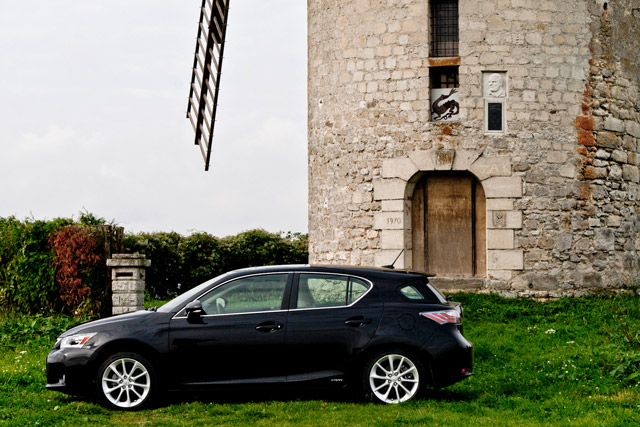 For the most part, the arranged routes kept to twisting rural roads, where I was able to get a much better feel for just how well the CTh handles. The work put into developing the hatchback’s chassis with its MacPherson front struts and double-wishbone rear suspension was well worth the effort — the CTh never loses its composure, and feels solidly planted on the road at all times.

One of my biggest surprises with the CT 200h was the dynamic mode selector, which allows the driver to configure the driving experience to either ECO, Normal & Sport configurations — here’s a chart that breaks it down wonderfully: 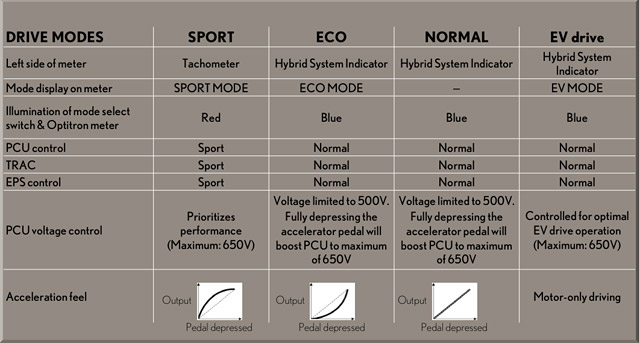 The effect on the CTh’s acceleration was especially noticeable in NYC, with the endless start/stop and relatively low speed of city driving, but out on the back roads the different acceleration curves don’t really come in to play when speed is constant.

On the other hand, the dynamic mode changes in the Electric Power Steering (EPS) & Traction Control (TRAC) were much more obvious on France’s winding, hilly roads, where Sport mode allowed for sharper handling deeper into the turn and Normal/ECO mode delivered smoother, lighter steering.

While the combined 134-hp of the gas-electric hybrid engines could never be described as peppy, take the CT 200h out on the highway and it proves itself to be a capable cruiser. Even with the higher French 80mph(130km/h) speed limits, the hatchback fits in easily, providing a stable speed range able to adjust to the surrounding traffic with little issue. It’s only the noisy 215/45/17 Michelins that let the ride down, though to be far, this was only really noticeable right at the speed limit, and would remedied by a different tire. 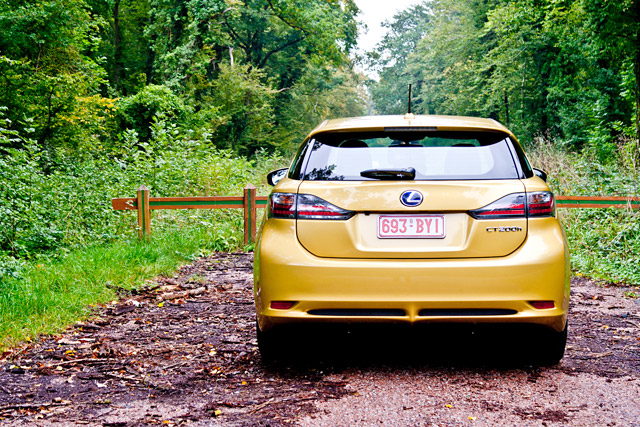 But perhaps the most notable aspect of the CT 200h driving experience is that it doesn’t feel like a hybrid at all — switching between the electric and gas engines is imperceptible, the braking has a consistent feel all the way to full stop, even the added weight that I’ve come to expect with a hybrid is absent (the CTh weighs in at just 3,100 lbs.). That in itself is a major achievement, that hybrid technology has reached a point where it’s essentially invisible, undetectable in all ways but the blue badging and the improved fuel efficiency.

All in all, the CT 200h performed up to my considerable expectations — despite its size and market segment, this is a car that fits right in with the rest of the Lexus lineup, and in the case of its Lexus Hybrid Drive system, sets the bar for future models.

While I still plenty more to say about the CT 200h — there’s a literal ton of photos to post, and I really want to go over the available interior options — it’s time to start looking through the CTh reviews coming in from all the auto magazines. I’m really looking forward to reading through the various first impressions.

(Special thanks to Lexus USA for inviting me to this event!)

This color looks weird for me ... :o
Yeah cool color
exclusive f-sport interior/exterior photos !! at CT200H FACEBOOK GROUP http://www.facebook.com/group.php?gid=141740075843405 http://www.facebook.com/photo.php?pid=235355&l=bcc8a4f6b2&id=100000991410260
What ... weird colour - it is awesome and does the car justice. I love it !!
A lot of compliants i have read say the car is noisey inside (road/tyre roar).
Love the golden mustard colour!
it seems like a great car... until you have been given the MSRP price with THOSE specifications. (17"s, leather, memory, premium audio, remote touch, camera) noticed that NONE of the press cars come with LED headlamps, instead, only econo-box Halogens!! maybe this spec is acceptable in Europe, but I dont think it projects a Lexus image at all. it will probably end up like the HS 250h, nowhere near its 20k sales a year target.
j adorre cette voiture que je suis depuis pres de 1 ans et la couleur j aime je veux la memem couleur8-)
es horrible, una pena lo que mas me gusta es el color, pero esa parte trasera...
@krew: was the petrol engine sound ever noticeable, and if so could it be described as noise? When test driving the Auris HSD I found myself trying to avoid starting the petrol engine when taking off in intersections etc. Obviously this led to rather slow takeoffs ;) Although the power delivery was smooth, the engine noise was quite annoying.
@Pond: lol imagine driving those BMW non-hybrids with the engine shutoff feature activated.
Driving the NX 450h+