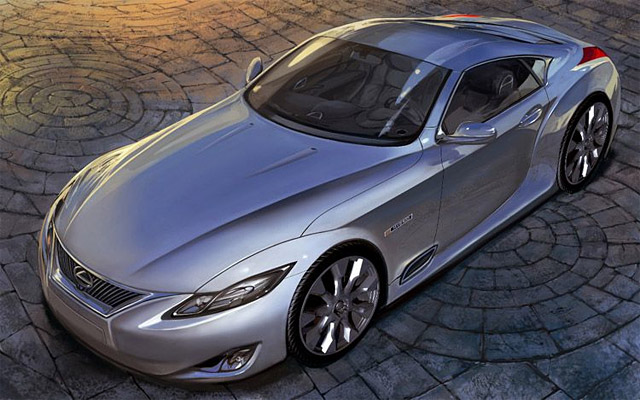 According to Motor Trend, Lexus is planning to replace the dearly-departed SC 430 with a brand new coupe based on the next-generation LS.

Called the LC 600h, this flagship coupe would be AWD and powered by an updated version of the same 5.0L V8 Lexus Hybrid Drive found in the current LS 600hL, and is expected to hit a 0-60 of under five seconds.

Here’s an interesting quote from the MT article:

According to a Lexus insider, the company sees the new LC as the car that most captures the essence of what Lexus is all about — performance, luxury, and the environment — more than any Lexus model to date. It’s an upscale configuration that should elevate the car to a status rivaling the Mercedes SL-Class.

Currently being developed in the shadows of the next LS, our contact tells us not to expect the LC before its four-door LS brother hits showrooms in 2014. “If we don’t get anymore nasty surprises on the economic front, then any time after 2015 might be the right time for the LC.”

After the SC, this would be a dramatic and all-together necessary change-up, but even more, there’s something about this rumor that rings true — a sports coupe at this level is exactly what’s needed in the lineup.

All I can say for sure is that the sketches accompanying the article are mighty fine — here’s another sketch from a different angle: 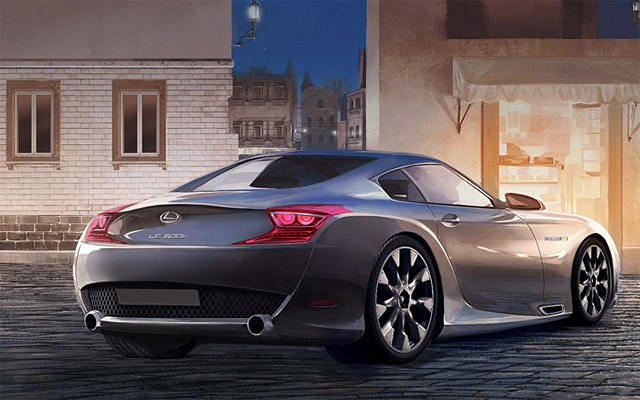 Now that we have the IS C, this is the perfect way to move the SC up the ladder!!! :D Wait, it's no longer the SC, but still... I love the big numbers!!! aha Hopefully, the car would be nothing like the rendering... it's ungainly, unoriginal,... IT SUCKS!

How can i make an account to be in this website?
It's not really possible to make an account on this site just yet, but everything's set to change in a couple weeks. Stay tuned!

a longer wheelbase version would be nice hehe

WorldofLuxury wrote:I love the big numbers!!! aha
Hopefully, the car would be nothing like the rendering… it’s ungainly, unoriginal,… IT SUCKS!

Those front headlights are beautiful, they remind me of Möbius strips. :-D
Sounds very interesting. I just hope the timing is wrong, 2015 is too long of a wait. Besides, is Lexus really going to go without a high end sports coupe for 5 years? I just think that's unlikely.

James wrote:Sounds very interesting. I just hope the timing is wrong, 2015 is too long of a wait. Besides, is Lexus really going to go without a high end sports coupe for 5 years? I just think that’s unlikely.

2014 is what I'm hearing, and I believe it. The other thing I'm thinking about introducing a large roadster -- it opens the door for a coupe/convertible based on the GS, which would have been awkward if the SC had stayed the same size.
I think it looks really sleek and beautiful.. like a Lexus should. They should come out with a new design to that of the old sc400 n 400 models. The long hood on this car in the pic is reminiscent of the sc400 and sc300 models.
So Mercedes has the CL600... and Lexus will use the name LC600...h... Nice...
Damn ... lookin good 8-)
I like the idea of a super-luxury coupé like this.All the power and amenities of an LS with the added style of a two-door. I'm a bit worried about the name though.Rich folks may resist a car that sounds like it's named after their housekeeper. "Remember to lay out my Armani suit for tomorrow,Elsie." Get it? LC,Elsie. Gosh,I'm witty! ;-)
Looks nice, but if 2014, what would be replacing the SC in SuperGT?
@krew: i think the front fascia will make a great 2012 LEXUS GS specially the main lights

iCyCo wrote:Looks nice, but if 2014, what would be replacing the SC in SuperGT?

I've been wondering about the same.

Agree!!:-P
I hope this is true. I think all of us, wanted something like this to come to the market. I was hoping for a proper 2+2. Guess I'll stick with a 2+0
Absolutely stunning-----Please Lexus carry thru with this----I think the styling features are outstanding and will make a new trademark for future Lexus models.....I can see Mr. Toyoda's influence already----Lexus is moving in the right direction---I love the super wide tires and wish that the GS and LS will come equipped with similar in the future. Keep up the great work Lexus---
Damn, looks very hot. This car makes me horny. Hope to see it soon on the roads. best greetings from switzerland

Eljay wrote:I’m a bit worried about the name though.Rich folks may resist a car that sounds like it’s named after their housekeeper. “Remember to lay out my Armani suit for tomorrow,Elsie.” Get it? LC,Elsie. Gosh,I’m witty!

Haha -- next thing you know, everyone will be complaining that the name sounds too feminine. ;-)

I like how the headlights draw from the first-gen SC: Holy crap, whoever made that rendering deserves a shot from Lexus, it looks great.
I wonder whether this has something to do with the LFA-bodied plug-in mule we've spotted... http://lexusenthusiast.com/2010/04/27/lexus-lfa-plug-in-hybrid-spotted/
is this picture an artist's impression of what the car will look like or is this pic ACTUALLY from Lexus themself??? Man it looks hot!! I'd be disappointed if it was an artist impression because then it'd end up looking nothing like that pic. Please i hope the car looks like that pic. I hope Lexus changes their approach to their designs because to me they are still very conservative looking cars except the LFA and IS. I think i read somwhere on this site that they hope to change all that.
As soon as i seen the design i loved it. Beautiful !! Lexus ... please make this a design for the future.

I like how the headlights draw from the first-gen SC:

Krew i have a thinking on 2 points first one is i think that toyota 'll not retired that name SC may be it 'll be the CL competitor if the LC is SL competitor second one is that i think that we see a sketch of the next generations (IS/GS/LS/LS/SC)lexus's cause it have a lot of lines from that oneYour text to link here...
@FreeSpirit: ur right the front lights are looking like the two piece lights of the existing gs
In American show “Battle of the supercar” LFA completely destroyed the R8 V10 in every test humiliating it around the race track and winning the drag racing standing 1/2 mile race by 8 – 10 car lengths. Still, LFA is a completely different beast than this car, which will be a bland, boring hybrid so I don’t even expect this to be half as good as the LFA. Since this car is a hybrid, I have no expectations from it since Lexus has completely failed to convince anyone hybrid and performance can mix. They made several efforts, but none of them succeeded. Thanks Car Prices
The rendered car is a really really damn beautiful car but I'm sure Lexus will not be dare enough to do that. They are too conservative. That's the reason why Hyundai is a big winner now. People want a beautiful and agreesive car which Toyota usually provide bland and sometimes ugly cars.

yeah, terrible naming and I doubt that Lexus would give it that designation should it go into production. another thing that sounds suspicious about that excerpt from the MT article is that it says its taking the platform from an LS to compete with the Mercedes SL-Class. A coupe version of the LS would make more sense if it competed with the CL-Class. Here's hoping the next Lexus coupe will follow in the footsteps of the first generation SC...
I HAVE BEEN DREAMING OF A LEXUS SC430 AND NOW I'M LOOKING AT A MORE FUEL EFFICIENT CAR WITH CLASS.  I RECENTLY LOCATED THE HIMIKO, WHICH IS BEAUTIFUL...I THINK IT'S MORE OF A LADIES CAR.  THE LEXUS LC 600H IS NICE AND IT APPEARS TO BE MASCULINE OR FEMININE.  I SUPPOSE THE PRICING, THE FUEL ECONOMY (ELECTRIC/GAS), THE TECHNOLOGY AND THE DRIVE WOULD BE THE FINAL TELL ALL FOR ME BETWEEN THE TWO CARS. MARY ANN MIRIAN
It should be produced and the most comparable car in the serious of high performance of the world supercars it has a mavellous body design and the output must be as it is, as far as i observed that lexus is the one of the best car designers in the world.