END_OF_DOCUMENT_TOKEN_TO_BE_REPLACED " /> 2012 Lexus IS Spy Shots | Lexus Enthusiast
Menu
Log in
Register
You are using an out of date browser. It may not display this or other websites correctly.
You should upgrade or use an alternative browser.

Not even 24 hours after spy shots of the next-generation Lexus GS emerged, we have some photos of a similarly taped up IS driving around Germany: 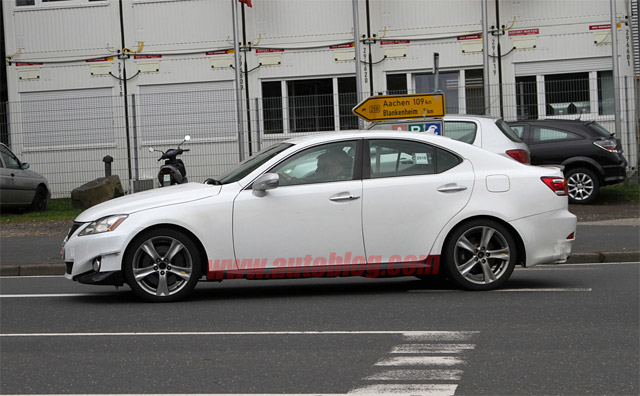 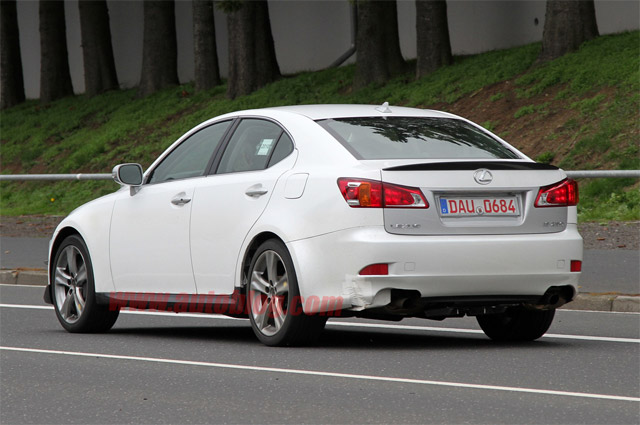 There’s even fewer details revealed in these shots, other than that the rear bumper has been cut and stretched, likely to make the shell fit over the new platform that’s expected to be shared between the IS & GS models.

For the full photo gallery, check out the Autoblog coverage.

I wish I were up there with the Lexus executives. Do they accept bribery?
The rear brakes are now on the opposite side (towards the front)...
I can't wait that long for the 2012-2013 model year!
What I heard from a Lexus salesman was this: 1) New IS in 2012 2) Wagon available 3) FWD hybrid drivetrain Fits me perfectly, to be honest. Time will tell.

Jemini wrote:What I heard from a Lexus salesman was this: 1) New IS in 20122) Wagon available3) FWD hybrid drivetrain Fits me perfectly, to be honest. Time will tell.

FWD? Sorry but seriously that is pure BS.
@Mister Two: Yes, that seemed the least probable point to me too. It at least would not make sense without there also being a 4wd version, which also seems unlikely, but then again that would be one way to implement the hybrid drivetrain.
this IS has the same license plate as the 2nd Gs pic with the exhaust cut outs lol8-)

Jemini wrote:What I heard from a Lexus salesman was this: 1) New IS in 2012
2) Wagon available
3) FWD hybrid drivetrain Fits me perfectly, to be honest. Time will tell.

No way the IS is ever released in FWD -- AWD hybrid maybe.
The hood of this mule is also wider than the production car. Its amazing how much this changes the appearence. I definately like the production hood way better.
yeah looks like the hood from the isf
I guess Lexus will refresh the look of the  IS  for the 2013 model year. Hopefully, they add atleast 2 inches of more legroom to the back seat space.

I would think improved rear seat room will be near the top of the list of improvements.