END_OF_DOCUMENT_TOKEN_TO_BE_REPLACED " /> Lexus CT 200h F-Sport Accessories | Lexus Enthusiast
Menu
Log in
Register
You are using an out of date browser. It may not display this or other websites correctly.
You should upgrade or use an alternative browser.

Today was my first day at the Lexus CT 200h press launch event in Paris, France, and there’s been some pretty exciting new details announced for the hybrid hatchback.

Let’s start with something big — Lexus USA will be offering a number of F-Sport accessories for the CT 200h. Here’s the only image released so far (cut into two for better viewing): 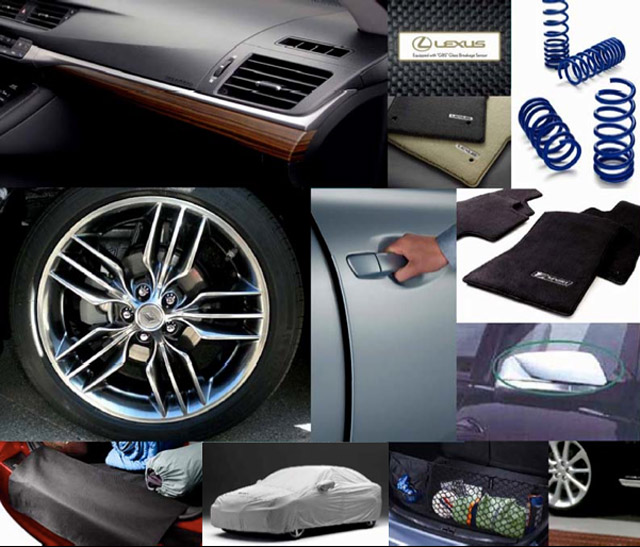 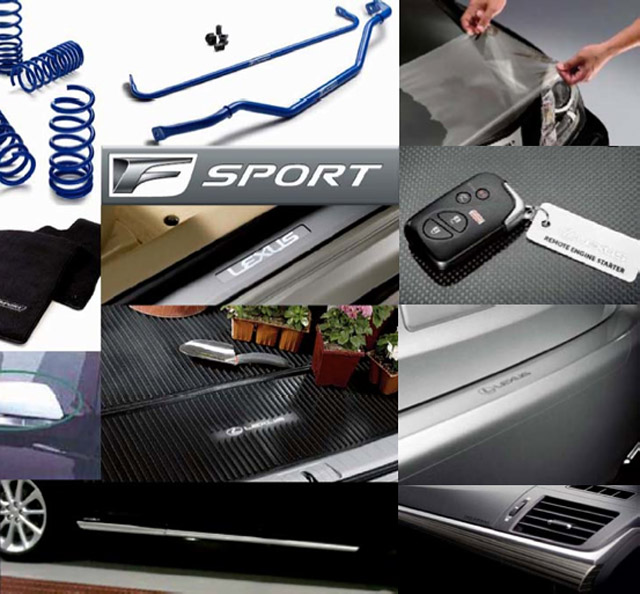 A list of accessories was also released, and what’s interesting is that it doesn’t align exactly with the photo montage:

Also mentioned (and seen) are F-Sport lowering springs, sway bars and what looks to be side-mirror covers. Lexus representatives also mentioned that a brake upgrade would not be offered.

i've already told you one month ago @krew ;) Take a look at my photo ;)

How considerate of Lexus! aha Options are fun to look at! I want more!
Liking the wood. Not so much the tacky chrome mirror covers. And this F Sport accessories. They should at least show something like a sports bag in the trunk instead of flower pots -___-. Better yet show nothing at all..
http://www.topgear.com/uk/car-news/top-gear-drives-the-lexus-ct200h TOP GEAR drives the CT200h
I'm liking the rims. Wish they were larger like 19s to fit on an RX H :p
Typical impression from Top Gear. If the car has BMW or Audi, they will be all over it.
@LFAaddict: Have you read some of the comments from the Top Gear readers? Typical anti-Japanese. Those are the original ones who said that hybrids would not survive and diesel is the only way to go. Sorry, hybrids are going stronger than ever, and they are here to stay. Top Gear and their European followers have always doubted the Japanese, and will continue to do so. I don't blame them. They'll say anything to keep their pride. They once said that Toyota, Honda, and Nissan can not make luxury cars to compete with the German big 3. Lexus and Infiniti have proven them wrong. Look at where they're at now. But I have to admit though, that Acura needs to step up. They really need to follow through with the NSX to bring them back into the game. The German may be in denial, but behind close doors, they know the Japanese are not to be ignored.
In an ever changing and uncertain world it's nice to know one can rely on something to remain the same:Top Gear's chauvinistic attitude towards Japanese cars...
the official commercial 2011 : http://www.youtube.com/watch?v=vPc-ltRZNM4
Driving the NX 450h+