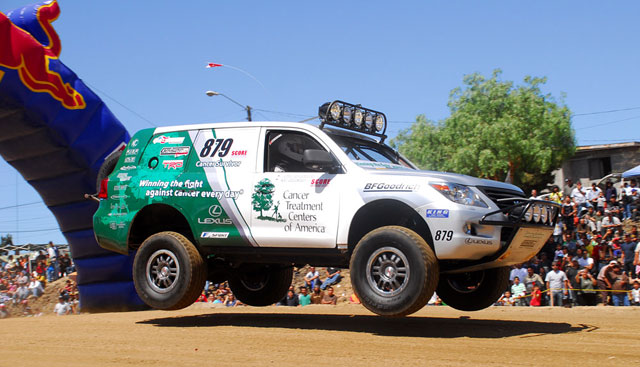 In just their first year of off-road competition, Joe Bacal and his Lexus LX 570 have dominated their class, winning this year’s SCORE championship:

…an unbroken streak of wins and podium finishes that on Saturday culminated in their first off-road championship with a dominant Stock Full-class win at the SCORE Terrible’s Las Vegas Primm 300.

It has also helped to have a driver with the grit and determination that Bacal—a Hodgkin’s Lymphoma survivor—has brought to the racing program.  Thus far he has driven every mile of every race, including the 2009 Baja 1000.  Then just days ago, Bacal was preparing for the Primm 300 when he took a wrong step off his trailer and cut his knee almost to the bone, requiring 25 stitches to repair.  But the idea of not racing never occurred to Bacal.

With one race left on the SCORE 2010 calendar, Bacal has managed to secure 249 points in the Stock Full class with 3 wins and 1 second place finish.  His nearest challenger has 85 points but cannot score enough to surpass Bacal this year, giving Bacal enough of an edge to claim the class championship.

A stunning achievement, and one that’s moved Bacal’s JTGrey Racing to a full Lexus factory-supported program through 2011. A big congratulations to everyone involved!

(The final race, which just so happens to be the famous Baja 1000, starts off on November 17.) 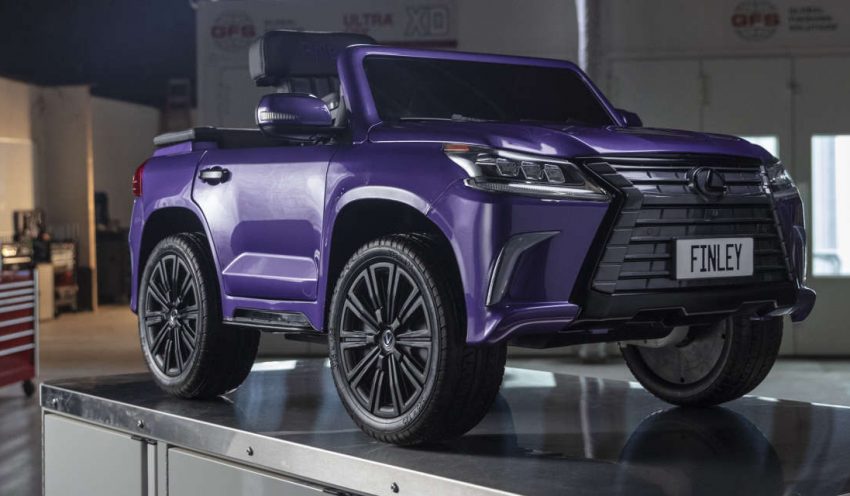 It's a "YAY" for LEXUS ! Besides that , I like how the car looks & no windshield . haha
I WANT THAT TRUCK! IT WAS at the Lexus Headquarters in TORRANCE NOT TOO LONG AGO!!!
Sounds like a perfect combination of an unstoppable truck and an unstoppable driver. My sincerest congratulations to Lexus and Mr.Bacal!
Lexus FTW... of wait.. they did WIN ! Nothing like jumping and running thru dirt in comfort lol
With "We are the champions" blasting through the Mark Levinson. ;-)