END_OF_DOCUMENT_TOKEN_TO_BE_REPLACED " /> 2011 Lexus IS F Gets LFA-Style Instrument Panel | Lexus Enthusiast
Menu
Log in
Register
You are using an out of date browser. It may not display this or other websites correctly.
You should upgrade or use an alternative browser.

The 2011 Lexus IS F was also revealed as part of Lexus Japan’s big website update yesterday, and it looks like the super-IS will be getting a variation of the LFA’s instrument panel: 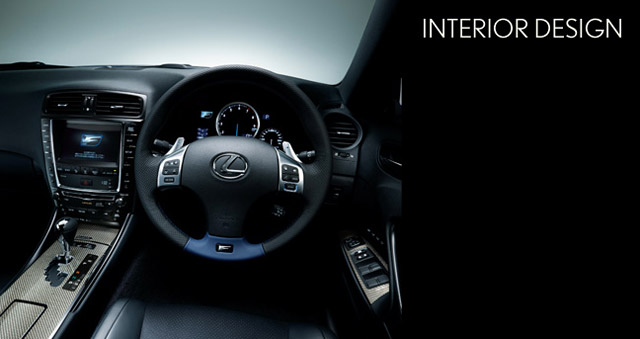 Let’s zoom up a bit: 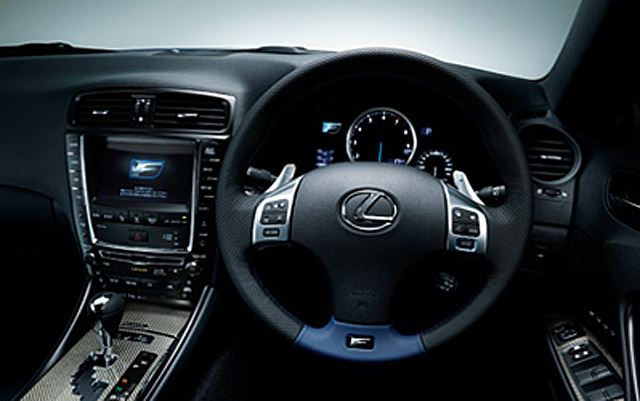 Here’s an alternative view, once again zoomed up due to image size: 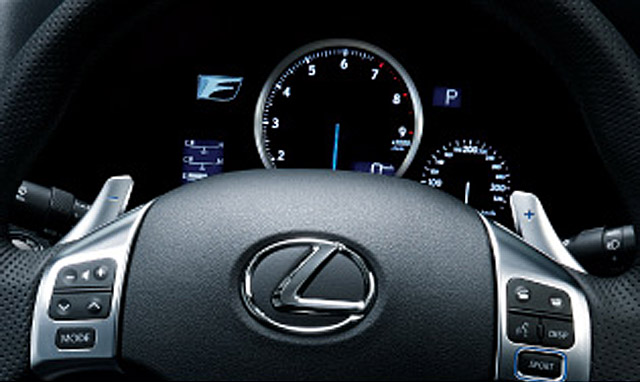 From the looks of it, different modes can be selected, and central dash can alternate between a tachometer & speedometer — also note the new Sport button on the steering wheel, right below the phone controls, which may have something to do with the new display.

Pretty amazing we’re already seeing the effects of the LFA on the rest of the lineup — I wouldn’t have expected it to happen so fast.

LIKE!
There is a better shot here: Lexus F Forums
So, there's a Sport Button on the Steering Wheel. Where's the optional PRE COLLISION BUTTON in the 2011er IS-F (normally, the PRE COLLISION is there where the new Sport Button is)??
Oh dear God i want this car even more than ever.
Now all it needs is the leather handgrips on the steering wheel. :-D
does the nav. screen display the F logo instead of the lexus logo on start-up? If so, that's pretty cool. PS - Does the Japan site give any details on the new colors for the 2011 RX? (off to go figure out Japanese)
@Dan: I'm pretty sure the pre-collision button is there if you chose the option; it's just in a different place - probably where the Sport Button originally was. @LFAaddict: That is leather - perforated leather.
Great
Are you still able to get the "F" with the white interior in 2011? In my opinion there is no better interior color!! I tell my wife daily i'm gonna sell her IS250 and all her stuff for my ALL TIME dream car.
DO want.
All great updates for the IS-F for 2011. However it's just too bad it's stepping into it's 5th year of production meaning probably by 2012 will be a brand new model coming out. I'd really hope that they will kept the F model especially with added a new IS-F Convertible would be even better.
I damn like the new Gauge !
Uuber Coool. Thumbsup 8-)
Driving the NX 450h+