END_OF_DOCUMENT_TOKEN_TO_BE_REPLACED " /> VIP Auto Salon Lexus HS 250h @ The Detroit Auto Show | Lexus Enthusiast
Menu
Log in
Register
You are using an out of date browser. It may not display this or other websites correctly.
You should upgrade or use an alternative browser.

The modified Lexus HS 250h at the Detroit Auto Show was the centerpiece of the entire Lexus exhibit. Put together by Clark Ishihara and VIP Auto Salon, the HSh is decked out in Branew—front under-spoiler, side skirts, rear under-spoiler, trunk spoiler, stainless steel muffler, and the 20” wheels all come from the Japanese tuning company.

There’s also the custom suspension, which makes a world of difference when it comes to the HS’ appearance, though it may have a less-than-optimal effect on ride quality when combined with the VIP-style minus offset wheels: 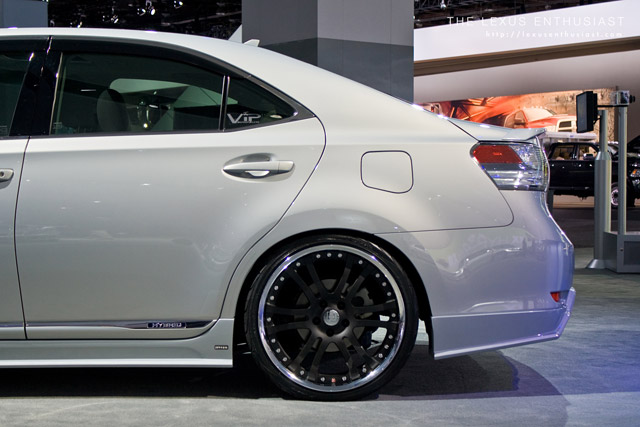 Photographing the HSh also resulted in one of my favorite photos from the autoshow: 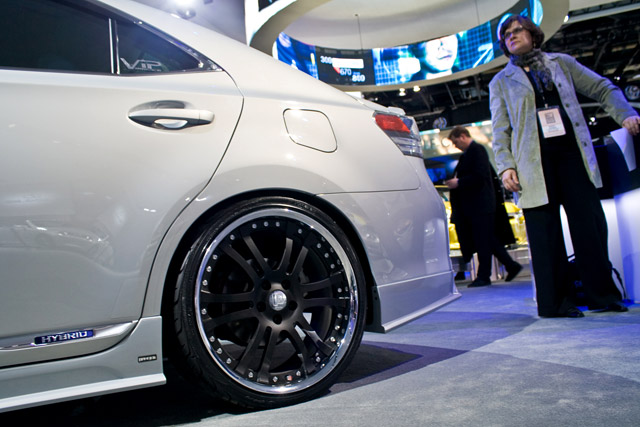