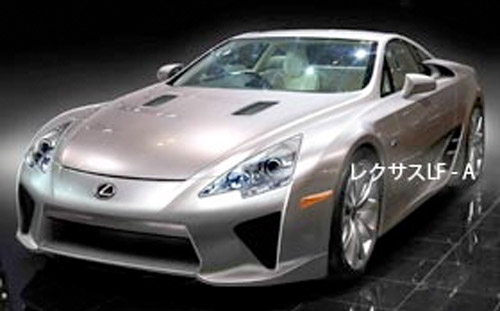 Japanese magazine Best Car has published the above computer rendering of a possible look for the Lexus LFA production model, and has also included some new information:

Nothing to say any of this information is true, but it does stand to reason that the LFA would be getting a new name for launch. As for the rendering, I wouldn’t be surprised if it’s very close to the production model (though there’s no way the front hood panel gap would be so pronounced.)