END_OF_DOCUMENT_TOKEN_TO_BE_REPLACED " /> Toyota Considering Ultra-Luxury Brand? | Lexus Enthusiast
Menu
Log in
Register
You are using an out of date browser. It may not display this or other websites correctly.
You should upgrade or use an alternative browser.

How’s this for a rumor trail — according to an Autospies poster, Japanese magazine Carview has reported that Toyota is looking at creating a new ultra-luxury automotive brand above Lexus, here’s the article: 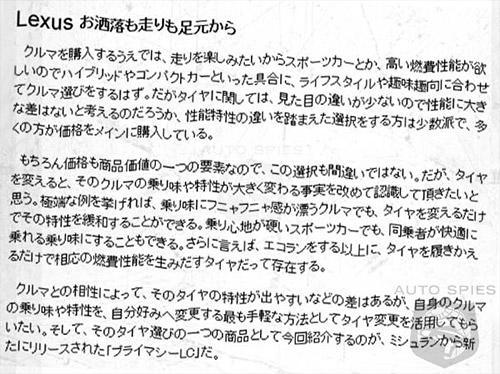 A Lexus spokesman explained that Lexus had thoroughly researched the market and feels that consumers will embrace their products.

Details are still sketchy. In planning are two vehicles consisting of a large sedan and a coupe that will most likely be based on a modified chassis of the existing Lexus LS. It is as of yet unclear if these vehicles will be powered by conventional gasoline engines or a combination of gasoline-hybrid.

A nameplate for this most prestigious label has not yet been decided.

I’m having a hard time picturing why Toyota would (or could) create a vehicle any more luxurious than the LS 600hL, unless it was a single model made expressly for royalty and government leaders, like an updated Toyota Century.

All Toyota has to do is look at Mercedes’ problems with Maybach to see that the ultra-luxury market is ultra-difficult. And yet, considering that the LFA (when released) is expected to cost over $200,000 — it could be argued that Toyota intends to take Lexus into a similarly expensive market.

(The leading image is a 2006 photoshop from Road & Track, when this rumor first started appearing.)

Update: According to TPP posters Wayne & Dan, this article is actually about tires, and not about Toyota’s ultra-luxury brand at all. (This also marks the last time I post a story from Autospies without verifying the facts first.)