After a while, auto show photos of a specific model tend to blend in to one another, but Flickr user Luc Bernard managed to bring something new to the table with his photo of the Lexus LF-A Roadster, all stark contrast and saturated color: 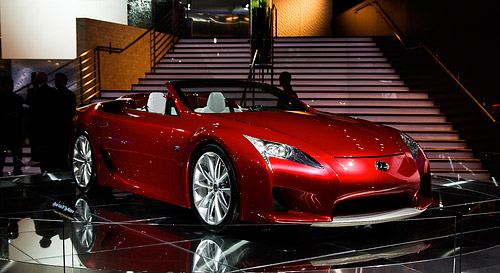 There’s been a lot of disappointment that a production model of the LF-A wasn’t shown at the Detroit Auto Show, but it shouldn’t take away from this roadster version. It manages to maintain Lexus’ gift for subtlety (at least by supercar standards), I just can’t get enough of it.