END_OF_DOCUMENT_TOKEN_TO_BE_REPLACED " /> 2008 Lexus RX 400h Gets Some Updates | Lexus Enthusiast
Menu
Log in
Register
You are using an out of date browser. It may not display this or other websites correctly.
You should upgrade or use an alternative browser.

It wasn’t until Lexus Australia announced the changes that I realized the 2008 RX 400h has received some minor updates, most notably new front & rear lights, which look great: 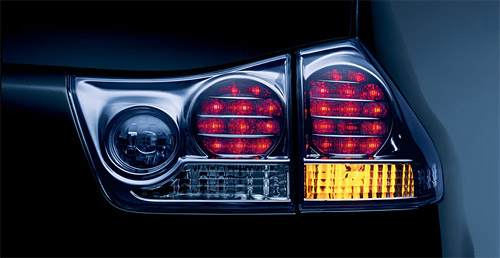 Lexus also applied the hybrid blue badging, bringing it inline with the LS 600h and GS 450h, and added some new red or black wood panel accents inside as well as illuminated scuff plates. Some safety features were also added, automatically locking doors and an anti-theft intrustion detector.