World Car Fans has some fresh-off-the-track spy shots of the upcoming Lexus LF-A, which now sports a shop class spoiler and some honest-to-goodness rear view mirrors: 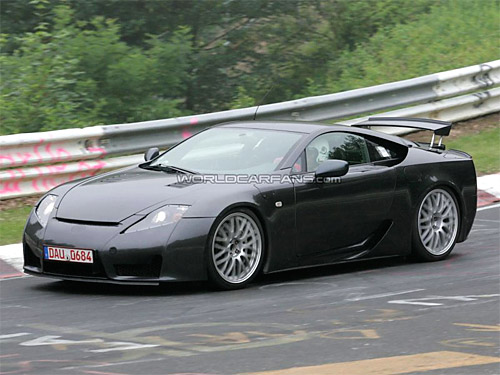 The V-10 super car has stayed quite close to its original concept, with the only noticeable differences being the aforementioned spolier and some minor bumper and light housing differences.

The production LF-A is expected to debut at the Frankfurt Auto Show in September. Check World Car Fans for more photos.