Lexus USA has reported 34,757 sales in December, a 18.1% improvement over last year and its best monthly sales total since December 2006– here’s the final model-by-model breakdown of 2013:

Please note, all percentages are calculated by the Daily Sales Rate (DSR), which takes into account the number of days in the month that dealerships could sell cars. December 2013 had 25 selling days, December 2012 had 26 selling days.

With the 125.5% jump in IS sales and extremely strong performances from the SUV lineup, Lexus USA had its best sales month in seven years.

Lexus USA finishes the year with 273,847 sales, up 12.2% over 2012 and the best yearly total since 2007 — this puts the brand in third place behind a dominant Mercedes Benz and BMW that was unable to match the industry growth:

(Here’s a good roundup of the automotive luxury market in 2013.)

Based on the success in 2013 of our new models, combined with a full year of sales for the new IS, GX and CT — along with a few more products I can’t talk about just yet — we expect to see continued good growth for Lexus and the luxury segment in 2014. 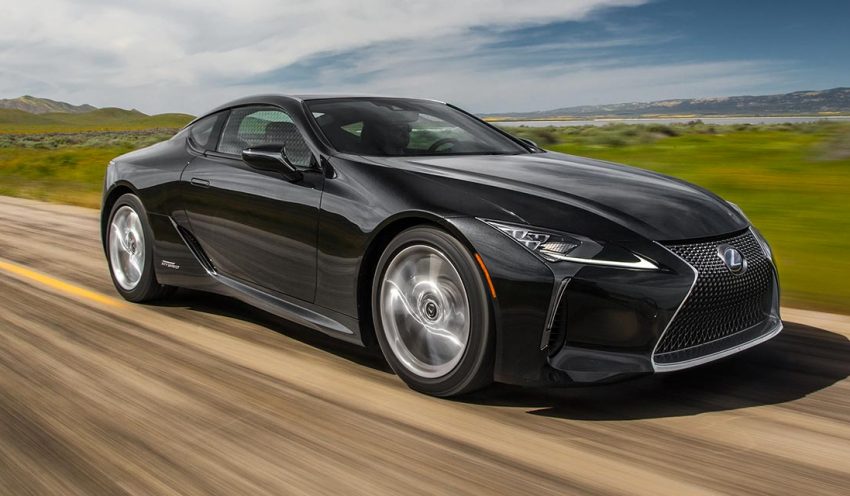 The CT numbers are still about the old one? Very good result in this case. Albeit she strongly need of a turbocharged 2 liter option, the only hybrid version may work for Europe especially in these days wich hybrids are in full growth in Europe, but not for the U.S especially lately with gas price ever more cheap and americans wich buy big gas guzzler trucks as never did it before. Sad.
I had Lexus ending at about 260k for the year, so excellent job by them stretching the soup, if you will. 35k for December is epic, even for Lexus! Outside of the IS, which should be good for around 50-55k in a full year of 2014, I don't see any areas for growth with the current lineup. But the new NX should break new ground, and add, 30-40k new customers a year for late 2014/2015. Lexus should level out at 300-310k in 2015, and come in just short of that in 2014. And the CT still needs a gas engine option to maximize it's potential. That 2.0L turbo is the perfect fit for it going forward...... BD

Yes the NX should bring new cuistomers into the Lexus Showrooms around the world. And don´t Forget the new RC Coupe (RC F) which i think will push the Image from Lexus more than the sells numbers Shows. :-)

I wish Lexus would sell 35,000 cars every month of the year,not only in december... why they didn't sell so much cars during the whole year? Each month there is a big difference instead bmw and mercedes benz are more constant, that's explain their huge numbers, why does it happens?

That is because Benz and BMW offer much more models in a huge variety. This has an effect of diversification such as a portfolio of investments. The more you diversify into different asset classes, the less the volatility occurs. Either, Lexus copies the strategie of Benz and BMW (what I do not think) or they go the way for exclusivity (such as Porsche) by higher positioning their brand and striving higher marges per cars saled. To be humble, Lexus has missed major trends necessary to outnumber the BIG GERMAN THREES (AUDI/BENZ/BMW) in terms of sales. For example: Audi Q3/Q5/Q7, BMW X1/X3/X5/X6, BENZ G/GLK/M Now to shy the NX after the SUV market is kind of action of some desperation. With the RX many years ago, they had lead the way forward. Well, HAD! Now, the only chance is to design the NX like a Lamborgini URUS http://www.lamborghini.com/en/models/urus/overview/ and using a turbo or hybrid. By the way, in 2-3 years, AUDI/BMW/BENZ/VW/PROSCHE and others will use more hybrids within their lineup then Lexus offers. So Lexus, hurry up in order to catch up. ;) Regards, Lexusman
That's because Mercedes are desperate for the crown. Not only do they offer big discounts but they're also going down market. No class..

Guys, good sales numbers are good, but IMO profitability is even more important. BMW is only going after sales, and in these last years their cars have become really crap. Mercedes CEO said that Mercedes was not running the sales race. Only BMW and Audi are. Porsche doesn't look at sales but at profitability. They earn more than 17K on each car sold, BMW earns under 5K on each car sold. I prefer cars that are better build and more exclusive / rare, like Lexus. BMW's are a common thing. At least here in Europe.
Bravo, Lexus! Well done so far! Well, I aggree Levi's arguments of Lexus strive of being exclusive. However, both is necessary: sales figures AND exclusivity. Time will show. Let us wait for NX to come and new RX (with hopefully perfect 300h powertrain). However, do not forget GS300h, which will account for about 70% of future sales of GS at all according to a Lexus Europe Manager. And yes, CT200t will be essential for US, but for Europe, CT300h would have been the perfect fit. Hopefully from 2016, when next CT arrives. And for F-Sport models, it would have been better to provide a "ht" combination (turbo-hybrid). So far, it is a little bit embarrassing of just adding different alloys and a little bit of different plastic bumpers and grilles without adding more sporty engines. Simple a catchpenny promise to F-sport spirit. Also, the "S+ programme" does not make the engine more powerful, it just whines more and that is not the smothest solution. Sounds like a prius at full load on a step road. So, engineers, start building up 200th and 300th engines for CT, IS and GS in the future. Not till then the F-Sport line gets intrinsic value! Or just make chip-tuning or something, but DO something when selling a car labeled F-Sport. The current GS300h is a very dull car with its 1830kg net weight, besides. RC is a nice image-teaser. However, look at IS 250C, a total flopy car with costly production. Hope, RC will suffer different. I am confident and positive as time will show. Do not preach "creating amazing" but again "striving for perfection" as some years ago. That means more value under the bonnet than just a freaky "spindle/diabolo-grille"-design offensive (inspired by Audi's singleframe-grille from 2004). Value-adding is the art, which needs time and not being just enravished by BMW/Benz/Audi. Forget BMW and Benz. They are striving mass-market with premium price (like VW was) => i.e. BMW Van in 2014. Lexus could strive a class between Bentley and Mercedes. That is niche they should fit very well with high margins per car. Regards and a nice start 2014 to everyone, Lexusman

Agree on most of your words except the GS is dull car I test drive the 350 f-sport AWD and the 450h f-sport and both are wow The car have amazing handling
Hi, thanks for your reply! Well, I agree the 350 f-sport is very dynamic indeed, however not on sale in Western Europe (Austria, Germany, etc.). As a fact, the car I meant was the GS300h. Quote:"The current GS300h is a very dull car with its 1830kg net weight, besides." As I test drove the IS300h - which in turn is no real sportsman - you can imagine how the GS300h feels during accelerating.with higher net weight than the IS. Kind regards, Lexusman
Thanks for your reply I thought wrong that you put the 300h just as an example of all the dull series, this is what I got in my mind :) , Anyway if we are talking about the GS300h, so it's role not to be sporty, it's role to be dule to go with the German diesel offerings Plus I hope they start to go with new naming scheme for the hybrid to unify it with all other naming scheme, I am talking about that the car to be just named by the engine capacity, even the new awaited turbo engine will named 200t which means 2.0 liter + turbo, so why they continue naming the 300h with this name and not 250h (2.5 liter + electric motors) same goes with 450h which sould be named 350h, and 600h which should be named 500h, I go to a lot of nonsense negotiations with people thought that this hybrid is **** because how a 6 liter engine have less than 400 hp when added the electric motor to it

Good result overall. Lexus I believe have confused their range by offering CT only in hybrid format, and the ES with front wheel drive, bigger yet cheaper than the IS? The ES is a god car but does not really fit with the Lexus range in my opinion, and it obviously has slowed the sales of the GS. Lexus presents themselves as a sporty brand but the CT and ES are out of the loop.

Well written, Rob! ES looks outfashioned though just redesigned and has harmed the high-quality GS in terms of sales! Though, I hope they could generate lessions learend from it. Regards, Lexusman
The ES and the GS do not really compete against each other. The ES is front drive cushy soft entry level Luxury for someone that does not want the LS price, maneuverability, size, yet gives the opportunity to upgrade in add-ons,if they wish to. The GS is a total different suspension and underpinnings, tuning, feel and targeted for a much sportier crowd and consumer......Not to mention the large separation difference in cost and larger engine Hybrid offering. The amount of sales lost to each other is miniscule.
Well, Mike! I do not aggree. ES is a model that remembers optically Toyota. It is a model of not being labeled with LEXUS but with Toyota. If you want a soft entry level for luxury, so you should choose another brand. Lexusman

Bravo! A well deserve single monthly result! 2014 Lexus should be aiming for the crown.