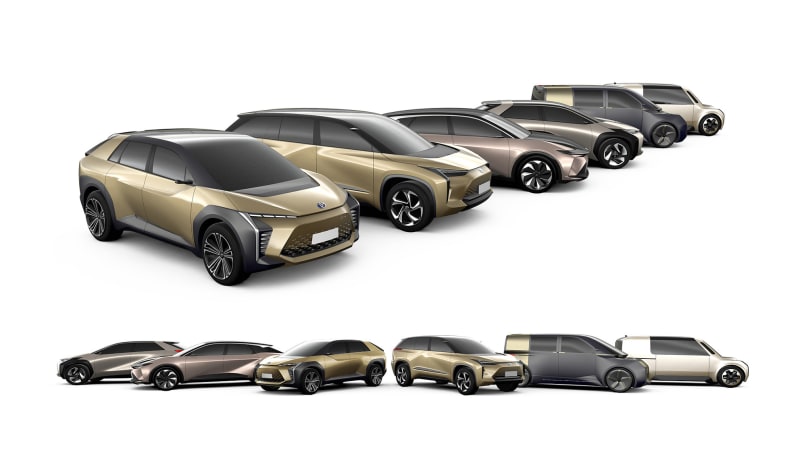 Toyota has been a champion of hybrids and hydrogen fuel cell vehicles, but in the near future it will bet heavily on battery EVs as well. The most recent statement from the Japanese manufacturer details there are several new BEVs in the pipeline.

Toyota has stated its intent for half of its global 2025 sales to consist of electrified vehicles. Plans include selling 4.5 million hybrids, which perform well in Toyota sales metrics already — Reuters says 80% of global hybrid vehicle sales are Toyotas. But 1 million vehicles will be EVs with either battery or hydrogen fuel cell power. From 2020 on, the carmaker will introduce at least 10 new BEVs, six of which will be based on the electrified version of its TNGA platform, dubbed e-TNGA, and sold globally. There will be a host of electric SUVs and crossovers in different sizes, along with a sedan and an MPV.

Toyota says its EV plans must include a stable supply of batteries, as well as improved battery life and durability and proper reuse. It has found partners in China's CATL and electric carmaker BYD to help with battery availability.

Earlier this week, Toyota announced that it is planning a jointly developed, all-wheel-drive battery electric crossover together with Subaru, and the resulting vehicle will probably be one of the six new models mentioned above. Subaru is also likely to benefit from the joint development deal, as it is a bit player in large parts of the world, and a partner like Toyota will come in handy when coming up with completely new vehicles.

A couple of those concepts above look pretty sharp!
M

Toyota – the Non-EV Brand People Assume Is an EV Brand

What is surprising, at least for those who assume the public is well-versed on all things automotive, is how the respondents ranked automakers on the EV file. Essentially, this crowd was asked which brands spring to mind when thinking EVs. As Cars Direct noted, Toyota comes in at No. 2, right behind first-ranked Tesla. While some 81 percent of respondents mentioned Tesla, an automaker which has never sold a non-EV vehicle, some 52 percent listed Toyota.

Toyota sells a great number of hybrid vehicles (the Prius and RAV4 Hybrid, to name a couple of top segment sellers), as well as a lone plug-in hybrid (Prius Prime), but it currently fields exactly zero electric vehicles. The limited-market Mirai powers itself solely by electricity, but an on-board hydrogen tank and fuel cell converts that fuel to electric current. No giant battery pack needed, no plug to be found.

It looks like Toyota’s hybrid game has made it a major player in the EV field, if only in people’s minds.

Automakers who put the money and effort into building a viable, lower-cost EV fared worse in the recognition test. Only 47 percent of respondents mentioned Chevrolet, seller of the 248-mile Bolt and, until recently, the “extended range electric vehicle” Volt.

Nissan fared worse. Despite selling the all-electric Leaf — a car now well into its second generation — since the beginning of the decade, only 42 percent mentioned Nissan. Ungrateful bastards, a brand loyalist might say.

Toyota was a reluctant late entry in the “all Americans will want an EV” game, prefering to offer hybridized versions of its existing models for not that much more money. That strategy’s still top of mind. From an environmental and cost perspective, it’s a solid plan, but Toyota knew it couldn’t hold out forever. With its rivals promising Big EV Things in the coming decade, Toyota hauled itself aboard the bandwagon.

Six electric vehicles are incoming from Toyota between 2020 and 2025, but brand perception is not something it needs to lose sleep over.
Click to expand...

They sold more electrified vehicle than any other manufacturer in history, what a surprise!
M

How Toyota will make its new EVs

To make its new portfolio of electric vehicles less costly to create and more efficient to build, Toyota Motor Corp. has created a dedicated platform called e-TNGA — a play on the name of the company's Toyota New Global Architecture modular platform.

But it would have to be a flexible platform. Toyota now wants a wide spectrum of EVs to compete in the market.

"What I proposed was a platform idea like a radio-controlled model car, where you have a battery, motor and chassis that can be combined to produce different types of vehicles," project chief engineer Koji Toyoshima told Automotive News. "The parts of the car are all produced as modules."

Toyoshima divided the car into several modules, for the front, center, rear, battery and motor. The idea is to mix and match these building blocks into different body types.

That approach will support rear-wheel-drive, front-wheel-drive and all-wheel-drive layouts, Toyoshima said. And the platform can be scaled up or down to create small, medium and large vehicles.

The center module controls the size. It can be expanded to accommodate bigger batteries.

Initially, Toyota's EVs will run on lithium ion batteries. But Toyota is also banking on a breakthrough in solid-state batteries. That technology promises lighter, more powerful and safer batteries and could spur demand for the EVs by giving them greater range.

Toyota intends to show evidence of its progress in solid-state batteries next summer.
Click to expand...

We only need a launch date and a picture because we already know which car types are: 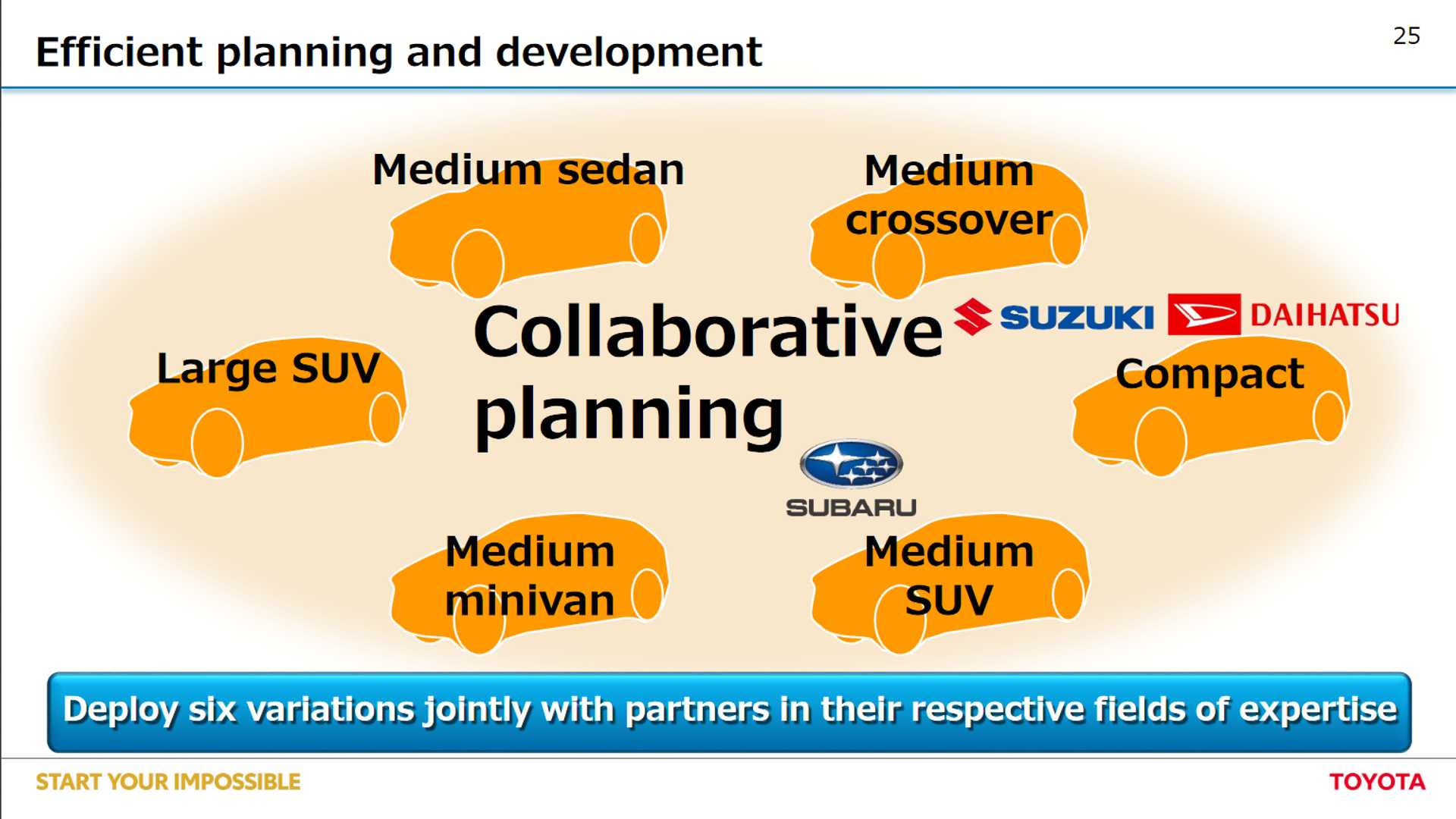 So... Subaru just announced a BEV roll out... With a SUV concept "before" 2025... We already knew it was going to be co-developed with Toyota but dam, it looks like a twin!! 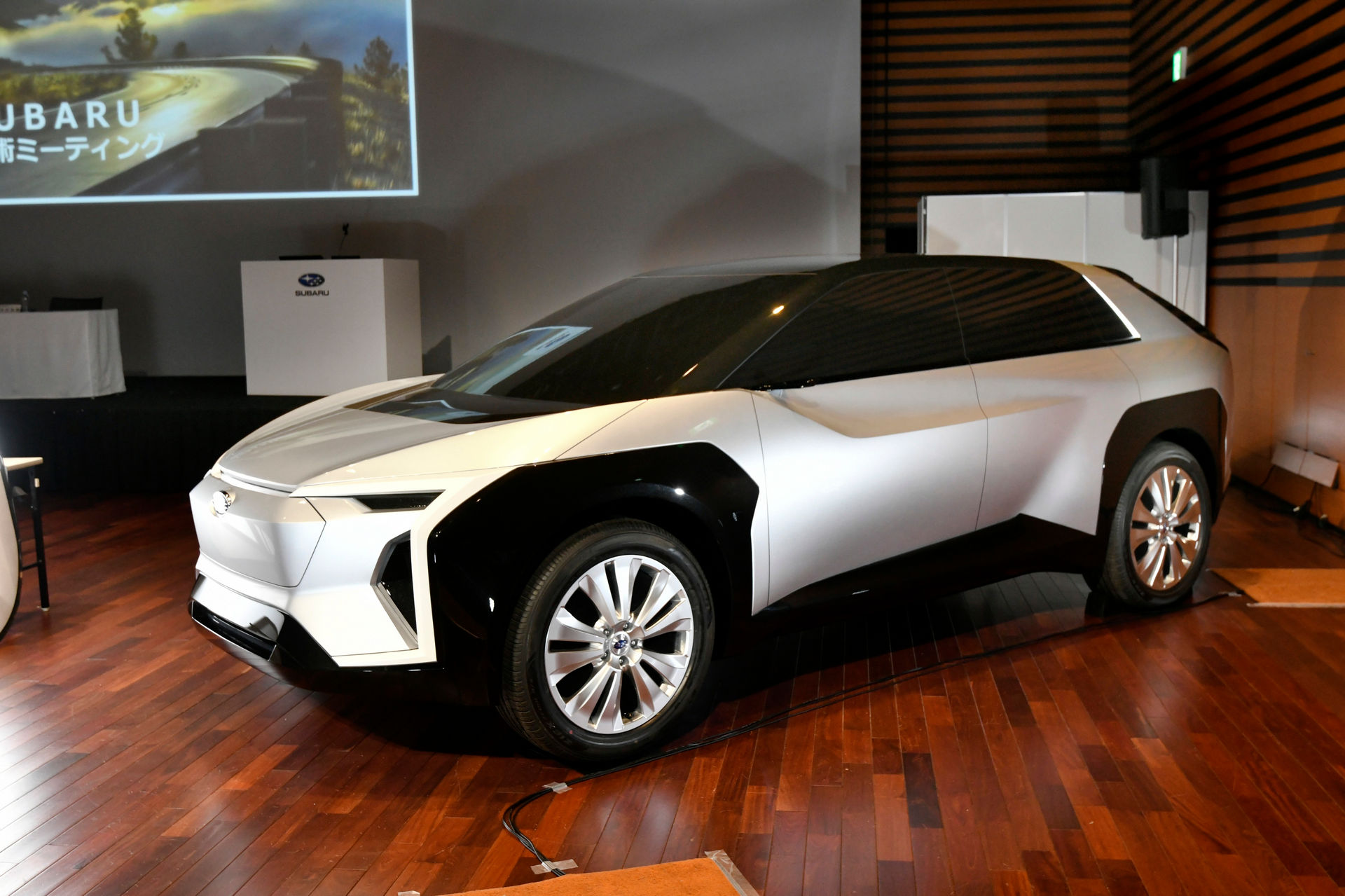 I really hope Toyota isn't waiting for 2025 to launch a dedicated platform for BEV's...
S

Will1991 said:
I really hope Toyota isn't waiting for 2025 to launch a dedicated platform for BEV's...
Click to expand...