Gecko said:
Regarding the UX... this is probably my American POV, but it is just such a badly compromised car that it's great at nothing aside from maybe MPG with the 250h powertrain.

I know these lower rooflines and chopped down D-pillars help reduce drag and look "sporty," but they also drastically eat into head and cargo space, which is a big part of why people buy CUVs over cars. You go look at a "crossover" and pop the hatch to see less cargo space than you would get in a comparable sedan and it's like....???why???

Also factor in ground clearance that is only fractionally higher than an IS or ES, and neither engine even cracks 185hp... it is all wrong.

For it's footprint, the UX does feel very small to me - due to poor packaging, at least for this market where people want cargo space and "macho" looks. The rear seat is almost impossible, the cargo area could barely accommodate a grocery run and headroom isn't great. Just like the C-HR, the UX is the wrong product for this market which is fine because they were not primarily developed for North America. It is also why Toyota is bringing the Corolla Cross here this year, and I think Lexus should do something similar to replace the UX or call it second gen UX here in the States.

I still very much see a place for a CUV under the NX, but UX is not the right vehicle to occupy that spot here in North America. Notice how the second gen Audi Q3 became more upright with a taller greenhouse vs 1st gen, and the X1 has always had more traditional CUV proportions vs. looking like a wagon with an extra inch of ground clearance, like the UX. That is the right approach here.
Click to expand...

As a former owner of a UX 250h, yes, former (I will address this in a moment), I have to agree with your post. The UX, in my opinion, is a beautifully designed automobile and was comfortable (for me). The car fit me like a baseball glove. In my opinion, it is a niche model (style-wise and size) that is positioned incorrectly, at least in North America, almost being positioned as a somewhat mainstream model while in the U.S. at least, it doesn’t fit the mold of a mainstream model.

Looking at the UX through the lens of an American consumer, the interior is definitely on the small side and there is very little cargo space. Not a good combination in the U.S. It needs something beyond good fuel numbers and a striking design (my opinion) to compete in its class. Aside from superior fuel economy to other vehicles in its class it really does not have a lot going for it other than a fantastic build quality. Both great characteristics, but unfortunately not enough to attract many American buyers. If the UX had something else going for it, like higher performance numbers and a more engaging driving experience, then it could be a better niche model for Lexus. I think the higher ups at Lexus had hoped that the idea of this car would catch on much like B-segment crossovers offered by other manufacturers. It makes sense to me that the UX is finding more success in other markets such as the EU.

As I stated above, I am a former UX owner. Overall, I have no complaints about my UX. I simply wanted a daily driver that is similar in size, possesses similar build quality, economical, but a bit more engaging to drive than the UX. In the end, I really wanted something with a manual transmission. What did I buy? I decided to order a 2021 Toyota Corolla Hatchback XSE in Wind Chill Pearl with the 6-speed manual and adaptive front headlights. I recognize that there may be some on this forum who will laugh at the aforementioned statement, but I’m very happy with my purchase. I am not a brand snob and drive what I like. The Corolla fits my daily needs while being engaging to drive. Although I really liked my UX I am enjoying driving the Corolla more. In some regards it still feels like the UX albeit with a higher seating position and it’s not as refined.

My overall impression of the UX is that it is a very good automobile. I just think for a vehicle that appears to be a very niche model, at least in the U.S., it needs a little something else to make it stand apart from everything else in its class.

Just the opinions of a former UX owner and likely the future owner of another Lexus product.
Last edited: Feb 7, 2021

Gecko said:
How do you mean? From the Toyota and Lexus dealers I talk to, hybrids have been their best selling and most desirable cars over the last year or two. To quote one Lexus dealer, "Hybrids are selling as they come off the truck - it doesn't even matter what hybrid it is. If it's hybrid, it's sold. We can't sell enough of them."

I hear very similar things about every Toyota hybrid.
Click to expand...

And hybrids are no longer selling based on higher gas prices. Prices have stayed low and hybrid sales are up.

Awesome video, can't stop imagining myself driving it while listening to that music on a Mark Levinson sound system... Should feel pretty special!
I

mikeavelli said:
And hybrids are no longer selling based on higher gas prices. Prices have stayed low and hybrid sales are up.
Click to expand...

Hybrids are the future. I would not even consider any vehicle that isn't a hybrid just because the toll the electrical components and systems it takes on the alternator especially with stop/go systems.

Just look at them Germans putting in 48V hybrid batteries.

I would hate stop and go mechanisms on non-hybrids when the a/c will blow ambient and not cool air.
J

internalaudit said:
Hybrids are the future. I would not even consider any vehicle that isn't a hybrid just because the toll the electrical components and systems it takes on the alternator especially with stop/go systems.

Just look at them Germans putting in 48V hybrid batteries.

I would hate stop and go mechanisms on non-hybrids when the a/c will blow ambient and not cool air.
Click to expand...

I've been away from hybrids for the last 4 years but I got a 2021 NX300h Black Line Edition hybrid about 3 weeks ago and it feels so good to be back in a hybrid.

It's just me or the article suggests UX300e will have a limited run? Perhaps a new improved version will appear with the UX facelift? Maybe it will be killed with the introduction of the rumored Lexus dedicated BEV?
S

No, the UX300e has limited availability in Japan..This doesn't mean discontinuation. 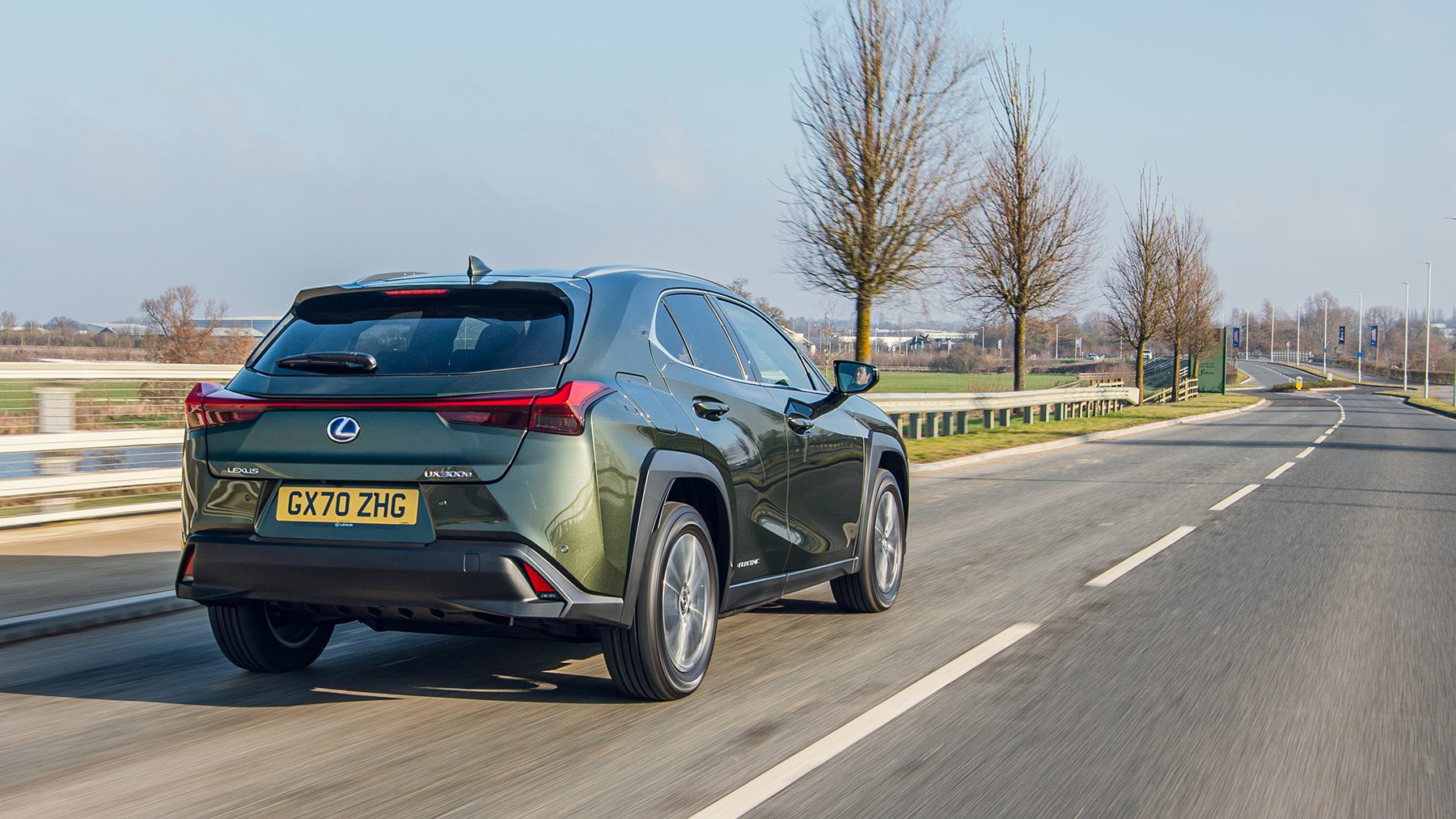 Lexus’s first all-electric car is a neat effort. We'd argue the UX makes better sense as an EV than a hybrid. It’s powerful and quick, range is plentiful enough and you’re treated to a small and fashionable crossover with a supremely well put-together interior. But there are plenty of cheaper, longer-range and more practical small EVs out there for similar dosh.
Click to expand...

Pricing is my only issue with this car...
It’s more expensive than the EQA 250 or even the Q4 etron (we’ve recently get pricing confirmation for the Netherlands).
BBA is killing the UX300e, Lexus needs to improve it or discount it otherwise it will be very far from 30% UX sales for 2022...

Lexus needs to improve the UX300e's specification or price...
I

How about the sales figures, maybe these are selling like hotcakes?

Can the new all-electric Lexus UX 300e stand out from the electric SUV crowd?

The UX300e is a car that does many things well: it’s built superbly, looks great and Lexus will look after you like no other brand can. It’s quick, too, rides okay on 17-inch wheels, and has a decent-sized boot. But for all that, it’s a pricey car that can’t get near a 200-mile range, and one that adults will struggle to get into the back of. It’s not so roomy when they’re there either. Think of it as a comfy, quality, stylish two-plus-two that’s great to pootle around in locally and this is another appealing Lexus.
Click to expand...

Apparently, due to the batteries location the floor has been raised, and now you can’t slide your feet under the front seat… The UX300e has some unLexus features IMO… This issues together with a high MSRP will not go well…

Audi just released pricing for the new Q4 etron and is a killer, even more than the EQA250.

competition is great. I also noticed from one of the Q4 etron videos that it has some torque vectoring capabilities, likely brake-based. 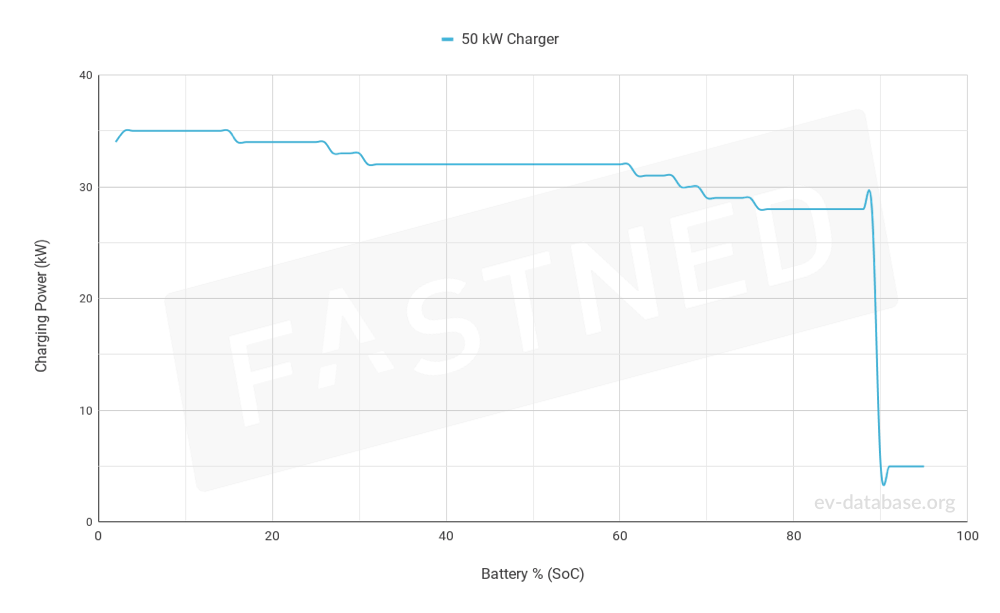 It's worse than the 2018 Leaf 40kWh with passive cooling: 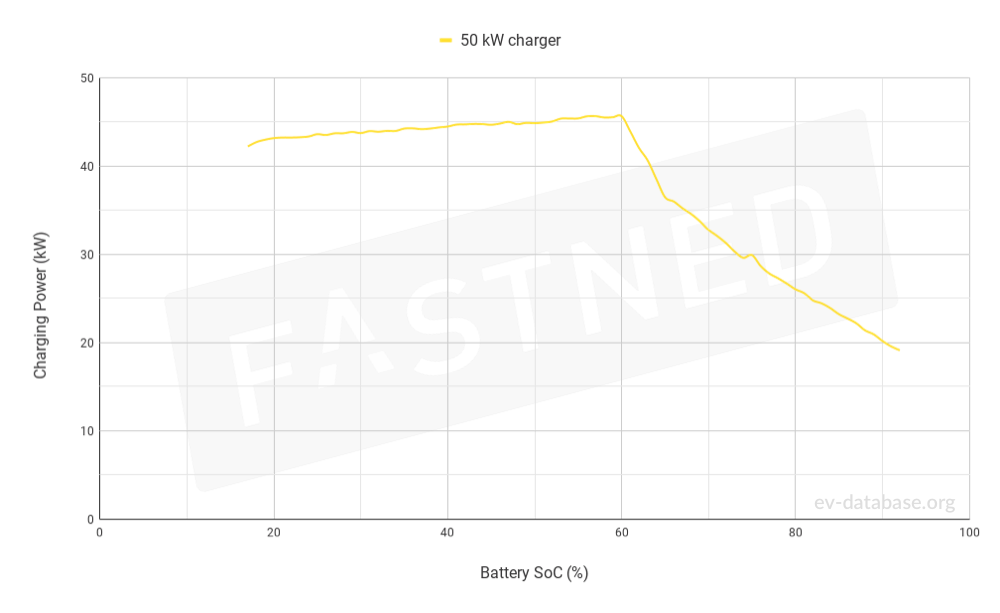 
I know I might sound a bit repetitive, but this is really sad for me, I was truly considering one… But I can’t find anything good about it besides the brand and warranty… Not enough to make me pay such a big premium over the much more technically advanced competition.

How long will I manage to wait? PLANO, Texas (July 30, 2021) – The Lexus UX brings the style for 2022 with new color combinations — inside and out. Guests can express themselves with the addition of exterior colors like Grecian Water and Cloudburst Gray and extend the paint all the way to the wheel well with color-keyed...