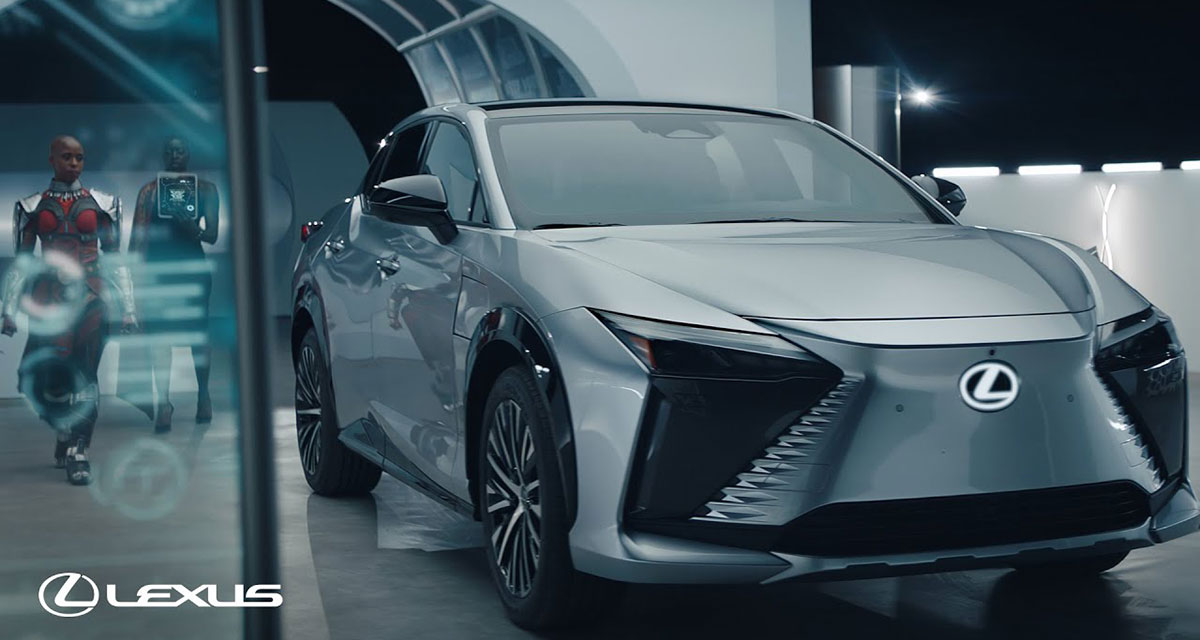 Lexus has partnered up with the Marvel Black Panther franchise once again for a commercial/movie crossover:

There’s also a behind-the-scenes video that you can safely ignore:

The Lexus LC played a starring role in the first Black Panther movie, and we should expect to see the RZ in a similar feature when Black Panther: Wakanda Forever opens November 11th.