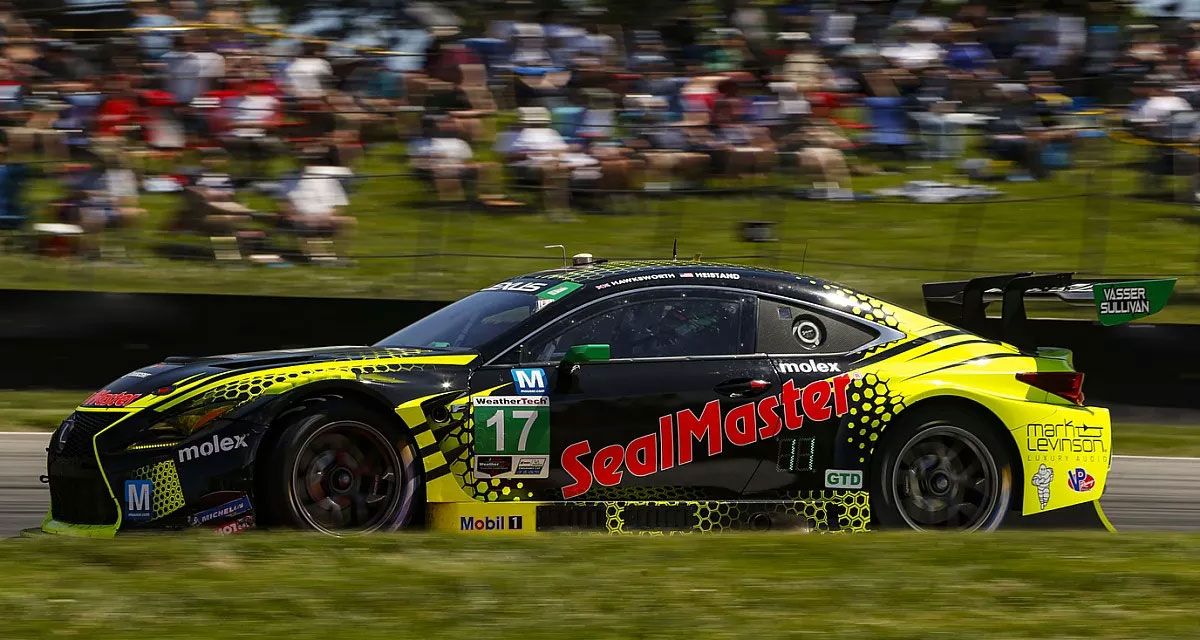 Drivers Ben Barnicoat & Kyle Kirkwood teamed up to score their first career win in the Vasser Sullivan #17 Lexus RC F GT3 in Saturday’s Detroit Grand Prix at Belle Isle Park. The victory is the first of the season in the GTD class for the Vasser Sullivan team.

Kirkwood started the race in the pole position and ran second during his stint, with Barnicoat starting around the 40-minute mark of the race. Barnicoat went on to lead the final 43 laps to take the top step on the podium.

Aaron Telitz and Frankie Montecalvo finished fourth in the #12 Lexus in Saturday afternoon’s sprint race. Montecalvo qualified fourth and the driver duo ran in the same position the entirety of the race to earn their third top five finish in the last four races.

Lexus and Vasser Sullivan compete next in a six-hour endurance race at Watkins Glen International on Sunday, June 26.