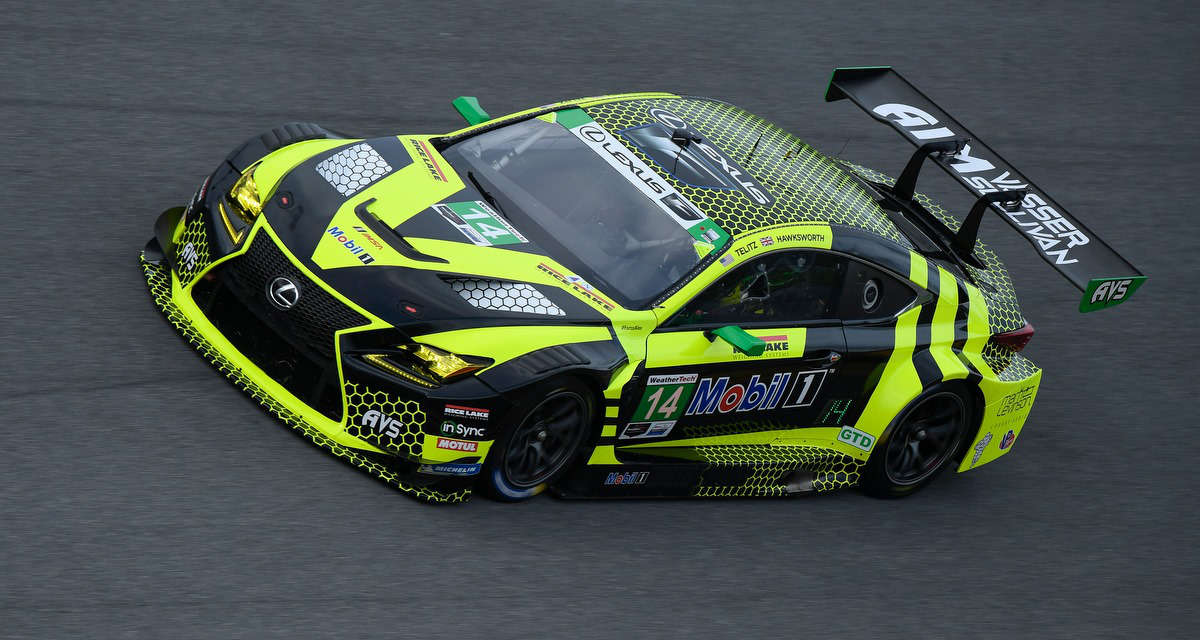 The Lexus RC F GT3 race cars from AIM Vasser Sullivan finished with their first-ever 1-2 podium result at the IMSA Daytona 240 this weekend. The victory is the fifth for the RC F GT3 in IMSA competition and the third for AVS.

Jack Hawksworth and Aaron Telitz were the top drivers in the GTD class, with teammates Townsend Bell and Frankie Montecalvo second to the finish line. Telitz, who replaced Parker Chase as a full-time driver for AVS, led the GTD field to the green flag after the pole sitter had a pre-race penalty. He went on to lead the first 26 laps before handing driving duties over to Hawksworth who led 55 laps en route to the victory.

Lexus and AIM VASSER SULLIVAN compete next at Sebring International Raceway for a newly scheduled sprint race on Saturday, July 18 at 5:30 p.m. ET.