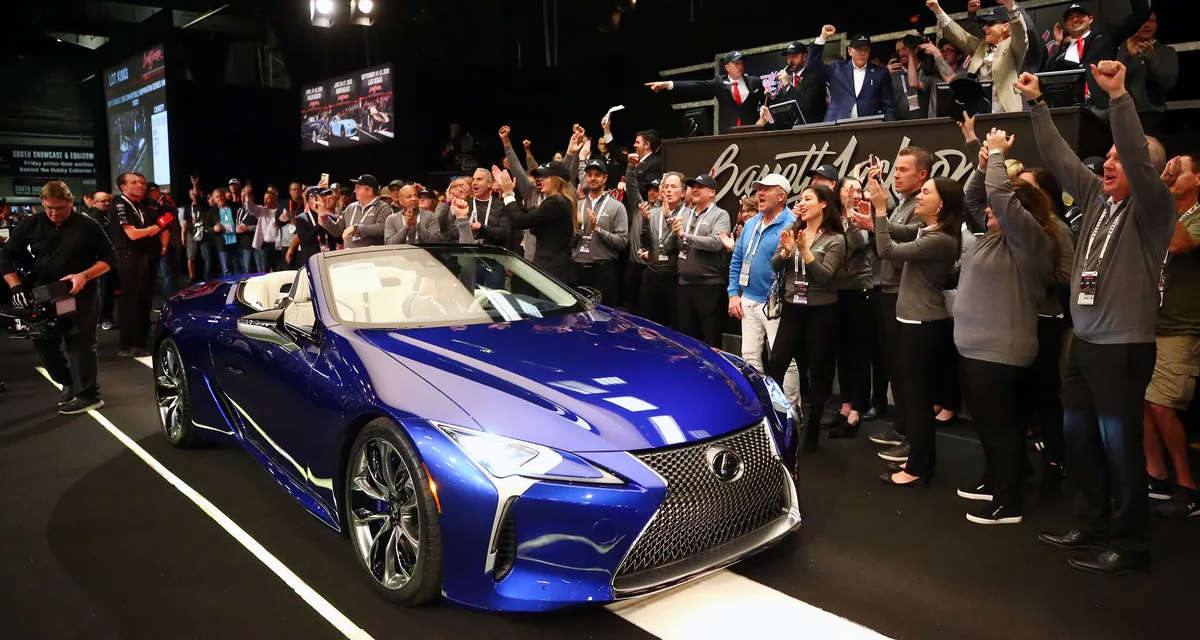 The first production Lexus LC Convertible was auctioned off this weekend at Barrett-Jackson for $2,000,000 USD. The winning bid was from Kent Stevinson, dealer principal of Stevinson Lexus of Lakewood.

The full proceeds will be split between two charities: the Boys & Girls Clubs of America and the Bob Woodruff Foundation.

The LC Convertible is one-of-a-kind in many ways, starting with a Vehicle Identification Number (VIN) ending in 100001. It will be outfitted similar to the announced Inspiration Series edition, with a Structural Blue exterior and white leather interior.