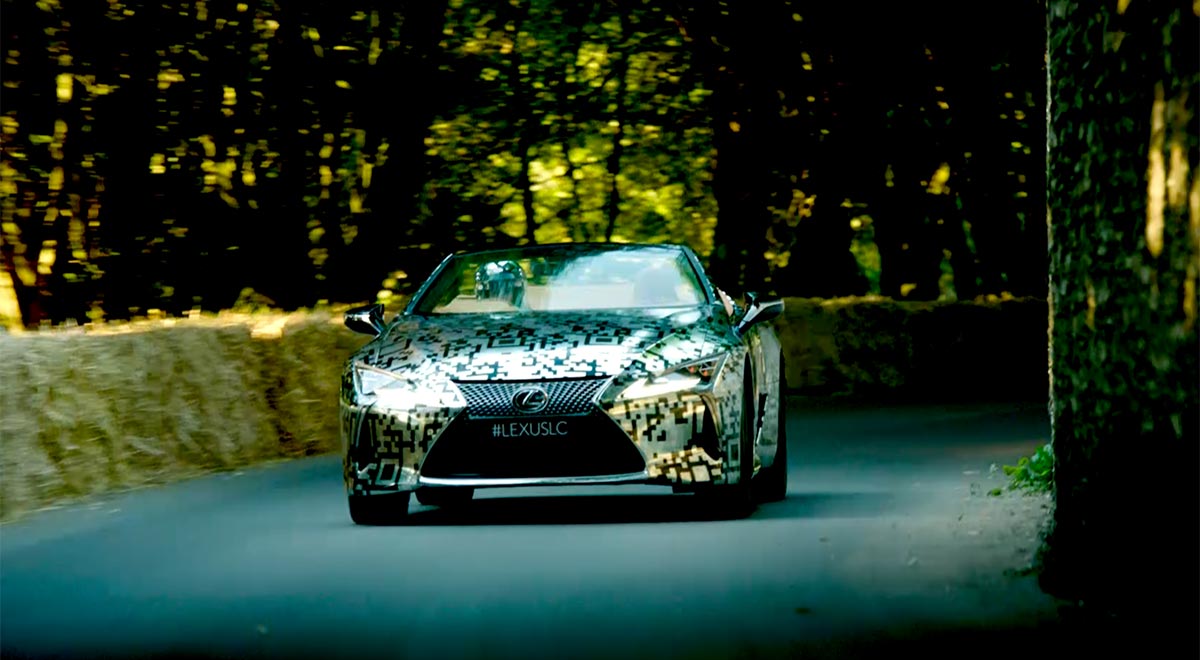 Lexus has released video of the LC Convertible taking part in the Goodwood Festival of Speed hill climb:

There’s still no official confirmation in regards to the convertible’s roof, though EVO Magazine feels confident in naming it a soft-top:

The design of the open-top model will remain similar to the production coupe, with eye-catching futuristic design cues alongside an exotic, muscular stance. The roof will be a fabric unit, completely electrified of course, and slip underneath a new tonneau that contributes to the new rear-end design.

Motortrend was less sure, but came to the same conclusion:

Although Lexus didn’t outright confirm that the LC convertible would be a softtop, the team did point out that the technology with such tops has improved over the years—likely making it more viable for Lexus’ flagship two-door.

If Lexus does go with a lighter-weight and less complex soft top, it’ll be in good company. The new BMW 8 Series uses a soft top, and we’ve heard rumors that the next-gen Mercedes-Benz SL will stop using a hard top at the end of this generation.