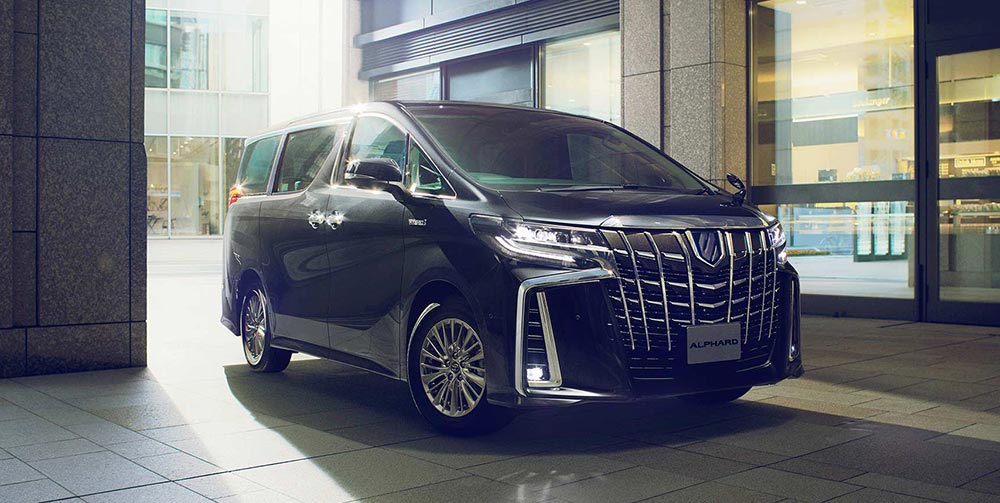 As further proof Lexus plans to reveal a luxury minivan at the Shanghai Motor Show, the Chubu Keizai newspaper in Nagoya has reported that production of the new vehicle is slated for next year — from the translated article:

The company will start mass production in 2020 at its subsidiary Toyota Auto Body Inabe Factory (Inabe City). First of all, export and sales to China and Asia are expected.

In China and Asia, the popularity of large minivans, especially among wealthy people, is overheating. While responding quickly to the spread of demand, it intends to further enhance its brand image by introducing highly competitive products.

Toyota Auto Body is responsible for producing all Toyota vans sold overseas, including the Alphard luxury minivan that should share its underpinnings with the new Lexus version.

Considering Lexus' recent approach to product lifecycles, I have no real faith in a short window for the 1st gen LM... but lets hope this thing shapes up to be a success and something worthy of wearing the Lexus "L_" flagship designation.

Gecko
Considering Lexus' recent approach to product lifecycles, I have no real faith in a short window for the 1st gen LM... but lets hope this thing shapes up to be a success and something worthy of wearing the Lexus "L_" flagship designation.

Or at least that it generates the necessary profit to push Lexus in 'fast forward' in developing a better model range to compete better in Europe against the other luxury brands (i.e. multiple hp versions of HEV, add PHEV and BEV in the range, add more F-models for the sake of brand image etc...)
I assume there's going to be an F Sport trim? Anyway, the 2018 TRD Alphard/Vellfire looks sharp. That's an excellent question, and a possibility that hadn't even crossed my mind. I suppose it depends mostly on the take rate of F Sport packages in China (LM's primary market). I have no idea what that would be. Perhaps forum members more knowledgeable about the Chinese market (such as @ssun30 and @shizhi ) have thoughts to share about this.

ssun30
More like they waited too long on the LM so now it's an awkward time to launch it. They should have green-lit the vehicle right after the Alphard proved to be a tremendous success in China, but hindsight is 20/20. Three years ago nobody really knew the Alphard would go viral and outsell all luxury sedans sans the S-Class in 2019, its success was entirely a coincidence.

2018 would be a perfect moment together with the Alphard facelift so it is a year too late. I'm not that concerned since the LM is badge-engineered anyway so I wouldn't be surprised if the 1st-gen has a very short life cycle. There is no incentive for them to keep producing the LM on an old platform when the entire Alphard line switches to TNGA. The cost to maintain the old line may not be worth it.

Well, it wasn't really a coincidence - they have been purposely building those top end Alphard trims with crazy interiors for 10+ years now. They always did cost a lot of money, even in Japan, and obviously them expanding it more and more means people are buying it.

btw, how many units did Alphard sell in China?
Shields up!!! lol
All a bit confusing but I do believe there is a market for a vehicle of this type, perhaps not everywhere but I see Asia and Africa as very possible destinations for success.
I am disappointed in that it really is just a Alphard in a dress suit and therefore may lack some authenticity of being a unique luxury Lexus.
Toyota I believe rather underrates their strength of brand many people worldwide hold Toyota in very high esteem and quite rightly so and therefore do they need a Lexus model to cover the whole range?
I would like more uniqueness like the LS is so definitely a Lexus. Something to ponder on, I guess Toyota must know what they need for maximum penetration of their market.

It's a lot worse on CL. I've showed my support for the LM on CL but there's only like two of us that like the LM and obviously the whole CL community dislikes the LM...
Driving the NX 450h+