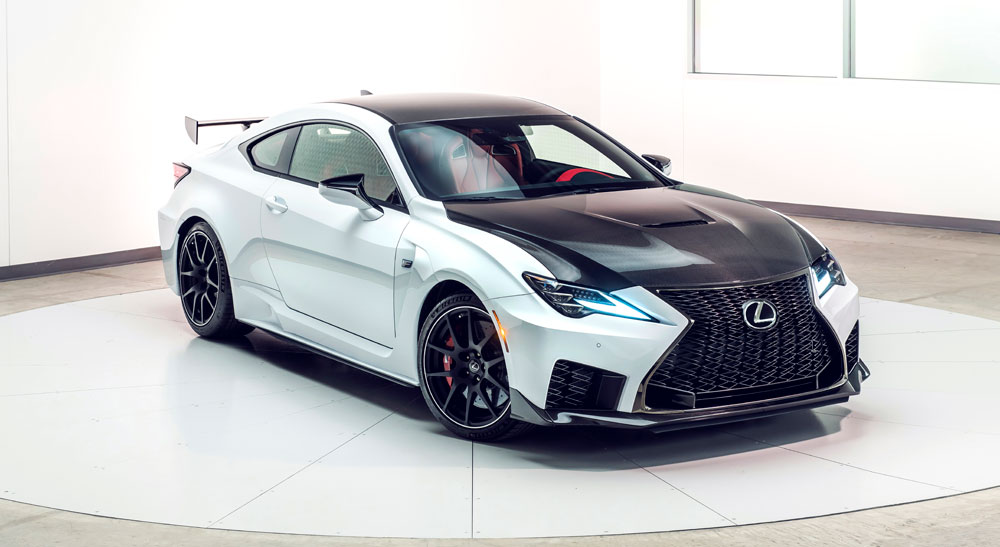 The Lexus RC F Track Edition will not be a “one and done” model, according to a Motor1 interview with Cooper Ericksen, vice president for product planning and strategy at Lexus USA:

What the future holds for the Track Edition, however, remains up in the air, and the Lexus VP shared that the Japanese luxury brand is brainstorming everything from changing up the model’s color options to altering its performance.

“We’re having fun with the engineers to figure out what [Track Edition] can look like in the future.”

The development costs of the RC F TE must have precluded a limited run similar to what Lexus is doing with the Inspiration Series line of vehicles, and that’s a good thing — building a sub-brand under Lexus F would allow for varying degrees of performance at the top-end of the lineup.

I am completely in love with this car.
Agreed. Love this new version of the RCF.
I hope we can get at least one of our LE family to get one! That would be sweet! Car looks so good!
Driving the NX 450h+