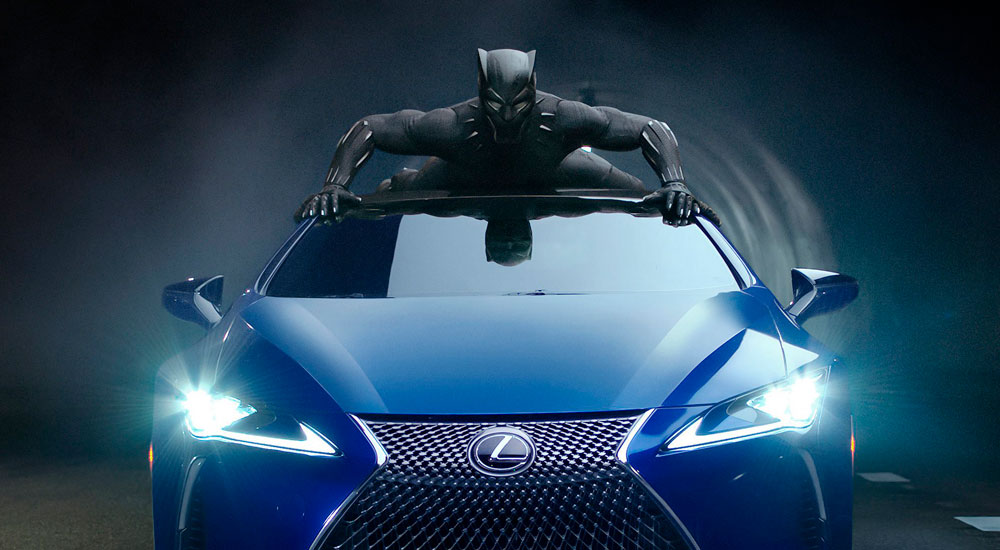 Early reviews of new Marvel movie The Black Panther have been extremely positive, and Lexus looks set to reap the rewards of an inspired partnership with the superhero superstar. That said, not everyone at Lexus is happy with how the LC 500 coupe was treated in the film — from The Drive:

While at a Lexus event ahead of the 2018 Chicago Auto Show, [LC Chief Engineer Koji] Sato took the stage to share his love for the LC’s design and architecture, but also shared his deepest feelings about the wildly modified LC 500 featured in the upcoming Black Panther movie.

“There is one scene I’m not happy about. There’s a scene when [King T’Challa] slid across the hood and left a huge scratch on the car,” said Sato. “What is wrong with you, that’s my baby! Why would you do that? You are crazy!”

This seems like the perfect time to share this new behind-the-scenes footage of the LC 500’s role in the film: