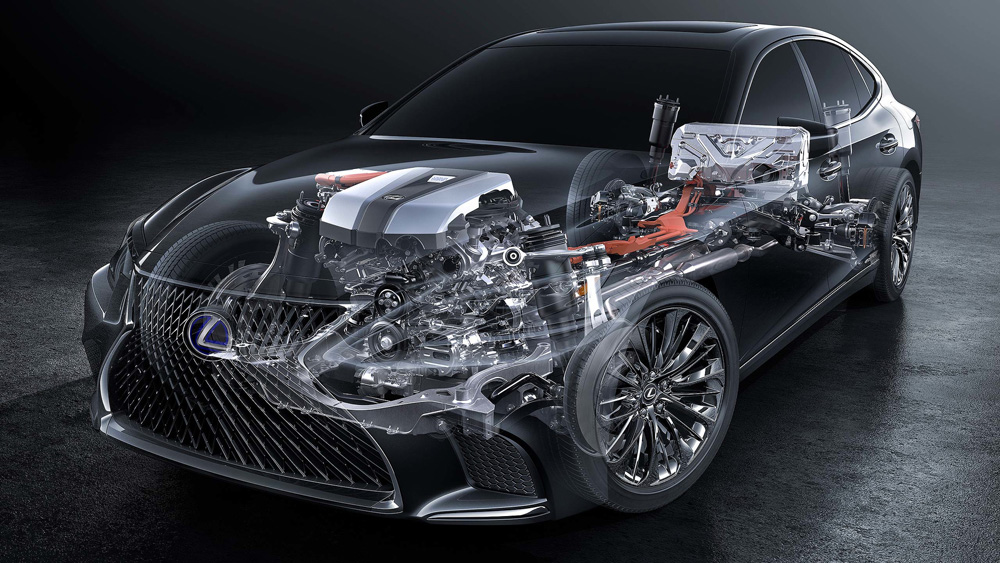 Welcome to the start of a new series diving into the technical side of Lexus vehicles, presented in collaboration with Lexus International.

All-new for the flagship LC 500h coupe and LS 500h sedan, the Multi-stage Hybrid system is the sixth generation of hybrid vehicle (HV) technology from Lexus. The entire system is all-new, from the front of the engine through the gearbox, and all the way back to the rear drive axle.

The Multi-stage Hybrid system was developed for the LC 500h and LS 500h to expand the range of conditions under which the internal combustion engine (ICE) can operate, both into lower RPM and to higher RPM. The system includes the following new advances: 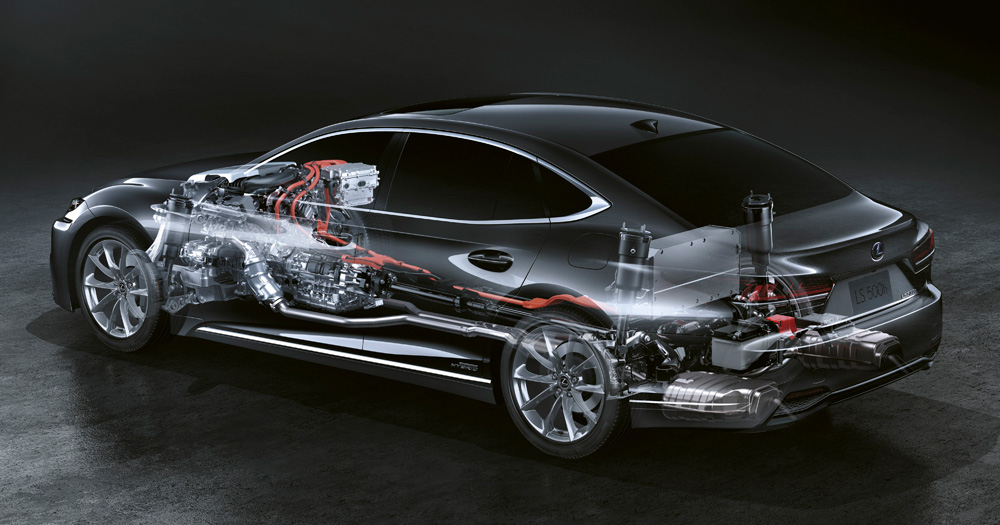 In other Lexus hybrids, the planetary power-split device holds the ICE speed nearly constant during high loads such as acceleration, acting like an electronically-controlled continuously-variable gear ratio transmission for maximum efficiency.

The following graphic details the combinations and specific numeric gear ratios of all ten speeds:

The exact gear ratios were selected to provide even, rhythmic shifts with the about the same amount of RPM change at each upshift and downshift. 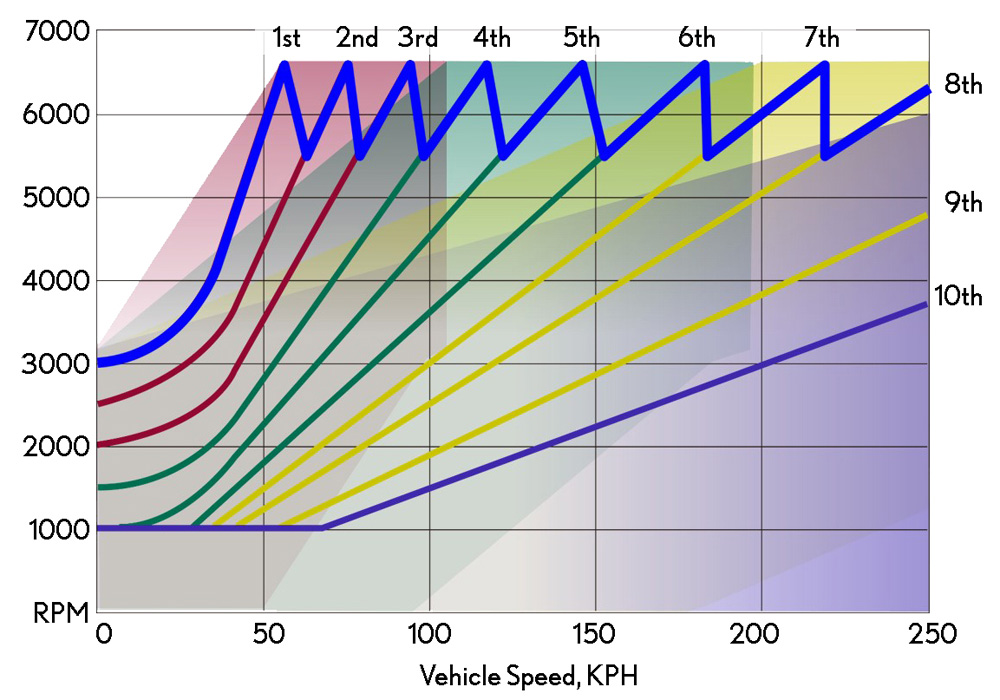 The Multi-stage Hybrid transmission control uses artificial intelligence to control shifting. With the Mode Control in ECO or Normal and the shift lever in D, control of the rate of changing MG1 speeds gives smooth shifts between each gear similar to other Lexus automatic transmissions. A special Driver’s Mind Index function calculates the vehicle’s acceleration to determine the intention of the driver and inhibit unnecessary shifts on winding roads, even in auto mode.

New Manual (M-mode) shifting allows the driver to freely select and hold the system in specific gear ratios using paddle shifters. During strong acceleration in Sport or Sport S+ mode MG1 is controlled to deliver shifts that are nearly instantaneous.

Like other Lexus hybrids, the Multi-stage Hybrid System can use MG2 for pure-EV propulsion at low speeds: but the LC 500h and LS 500h can go to much higher roads speeds in electric-only propulsion than previous systems, and are the first-ever Lexus hybrids that can use ICE power at launch.

The heart of every generation of Lexus Hybrid Drive since 2006 (and all Toyota hybrid systems since 1998) is the power-split device, a planetary gearset that couples the output of the internal combustion engine (ICE) with that of the final-stage Motor/Generator (MG2, which is the primary drive motor), controlled by holding torque applied by another Motor/Generator (MG1, which typically acts as a generator). 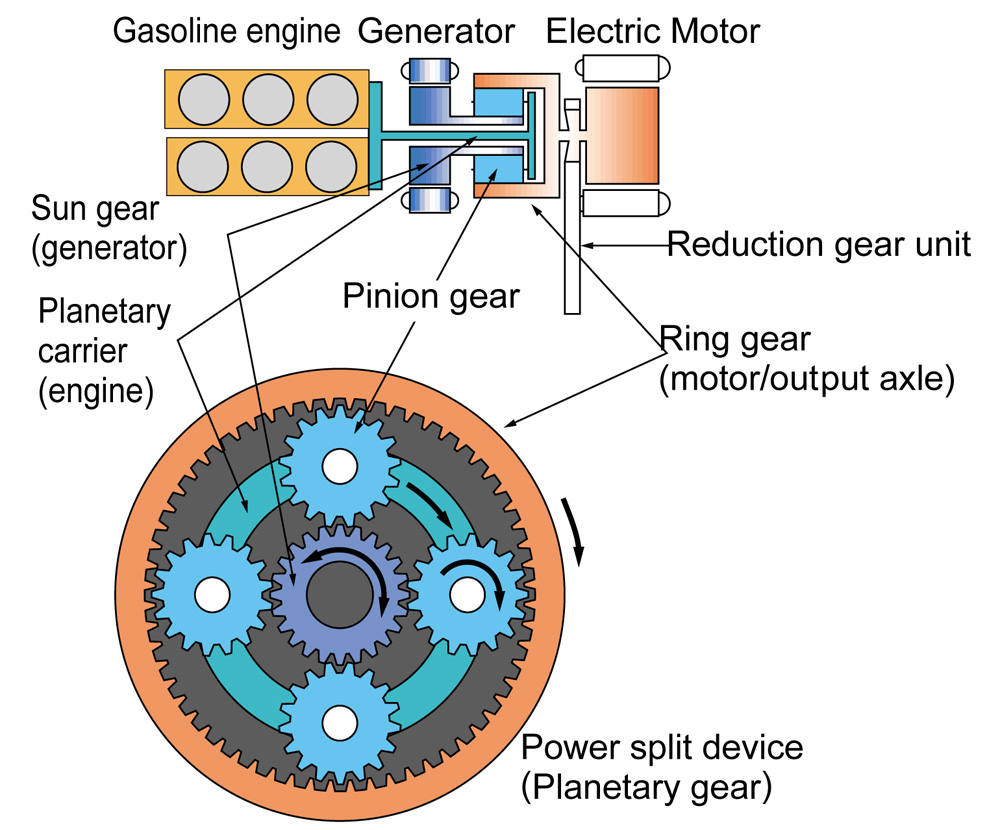 This system allows completely continuously-variable mixing of engine power and electric motor power and creates an infinite range of gear ratios between the ICE crankshaft and the final drive. Since it is all-electric, with no friction elements or sliding pulley, it has none of the friction or loss of old-fashioned belt- type variable transmissions. In fact, to the contrary, when MG1 is working to hold an element of the planetary and produce a specific ratio, MG1 is acting as a generator producing power that goes into the battery pack. This is one part of why Lexus hybrid systems are so efficient.).

One of the core technologies necessary for advanced hybrid vehicles are very precise speed “resolvers,” special speed sensors in each motor-generator. Unlike conventional speed sensors that cannot distinguish the direction of rotation and only capture a single data point per revolution (thus requiring at least three full revolutions to indicate a trend), resolvers can tell which direction the motor is turning and are far more discrete, producing many speed measurements per rotation.

Coupled with powerful high-current control circuits and high-efficiency low-mass motors, these resolvers allow the Lexus Hybrid system to exert extremely precise control of power and rotational speed of both motor-generators and enables instantaneous continuously-variable mixing of engine power and electric motor power with an infinite range of gear ratios between the internal combustion engine and the final drive. 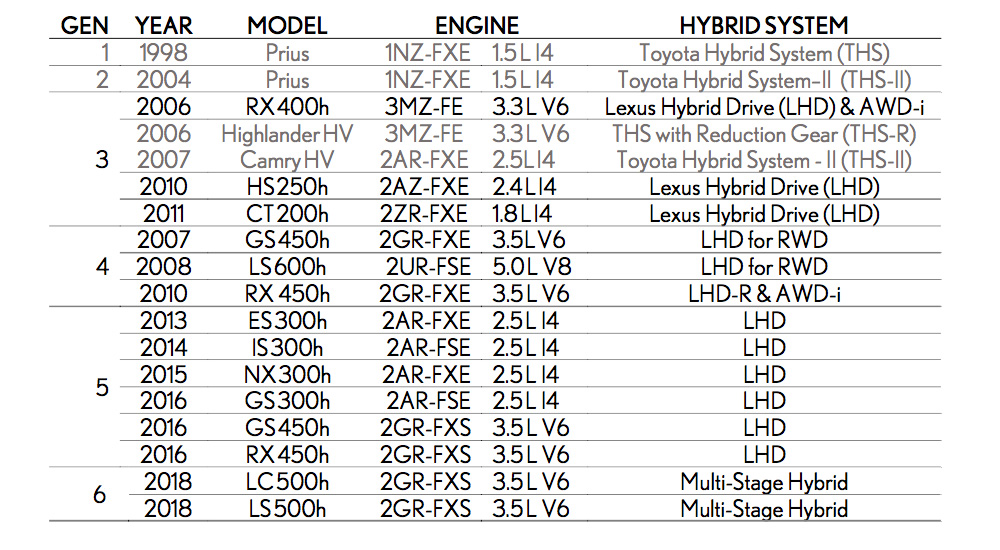 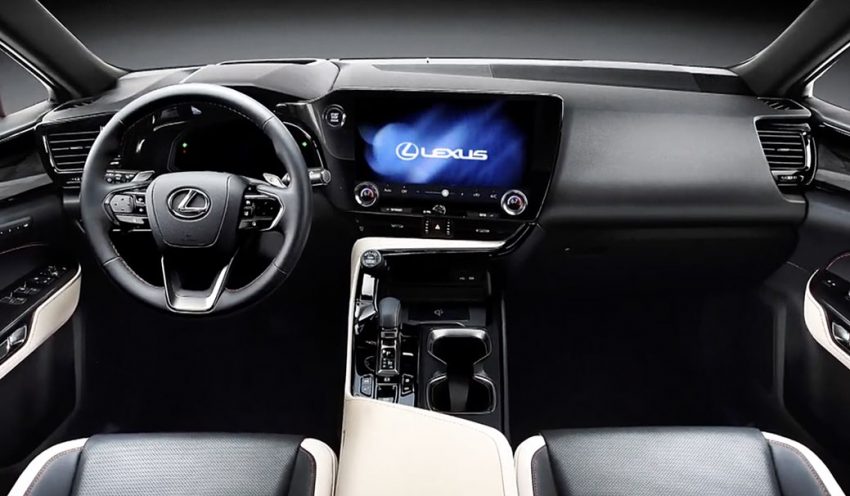 Motor Trend just tested the LS500 and were not impressed. The performance was well below what Lexus claims.....
http://www.motortrend.com/cars/lexus/ls/2018/2018-lexus-ls-500-first-test-review/

please insert this news in your site...
i have a page in the instagram(TLCIR) all news of the lexus and toyota put in this page...
i just want to help for put this success of lexus in your site...

those were hot news...please insert in your site...