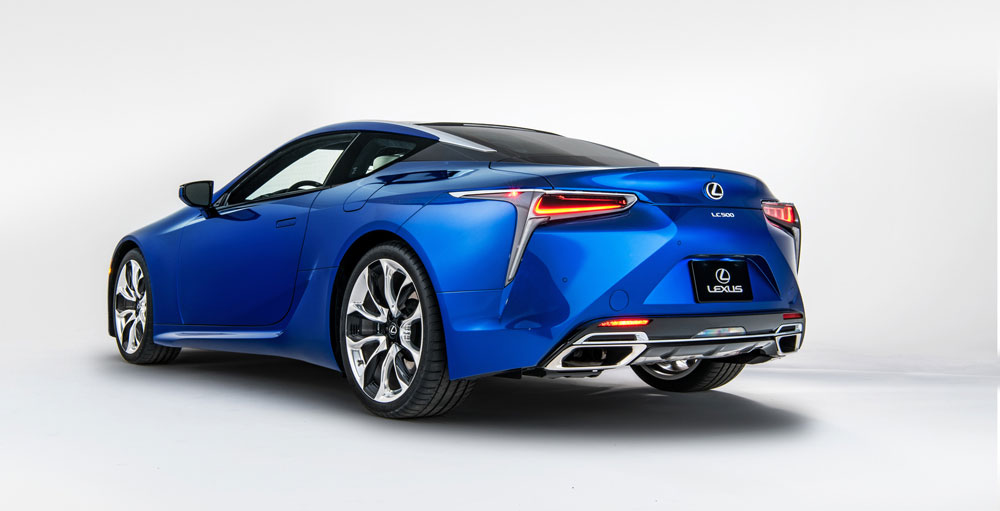 This special LC will be painted in Structural Blue, which utilizes advanced painting techniques and colors that take eight months to develop. The interior is Bespoke White, and will feature a numbered carbon fiber scuff plate: 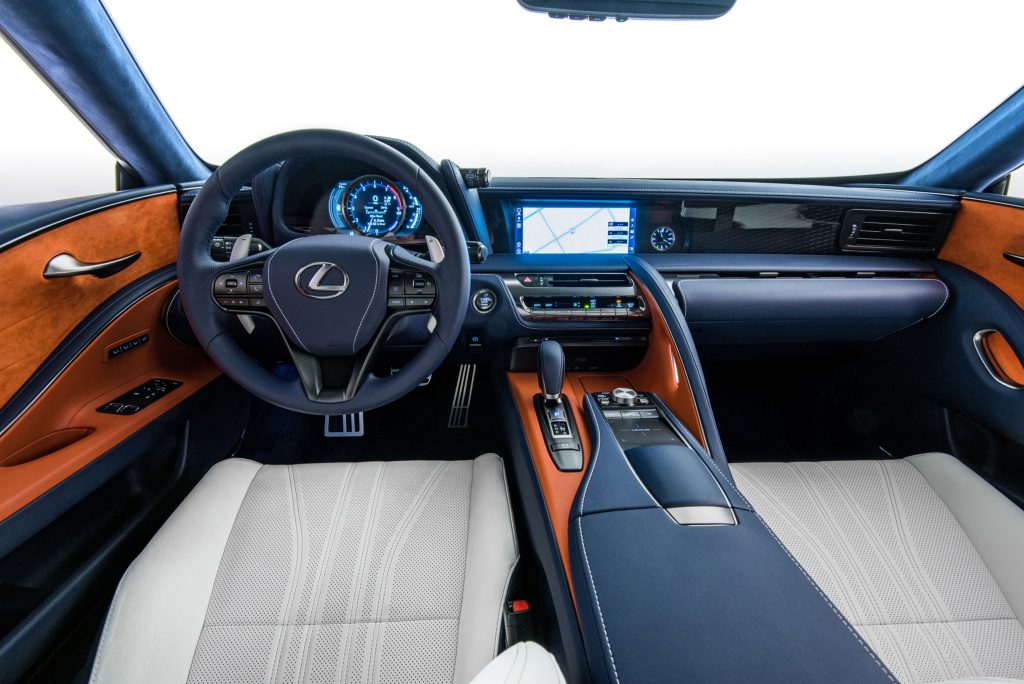 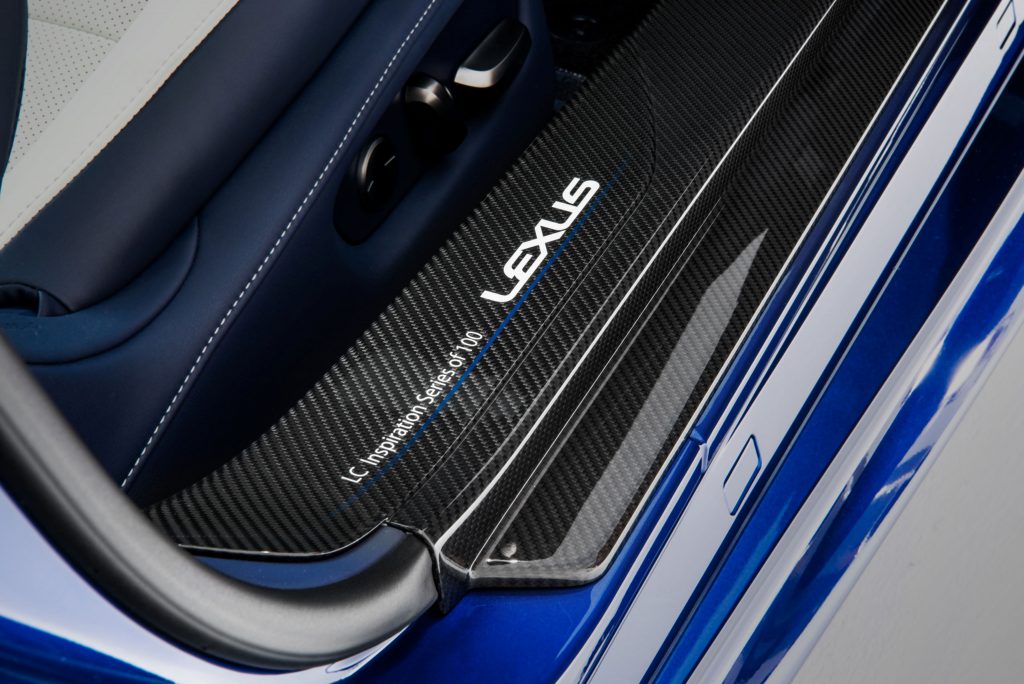 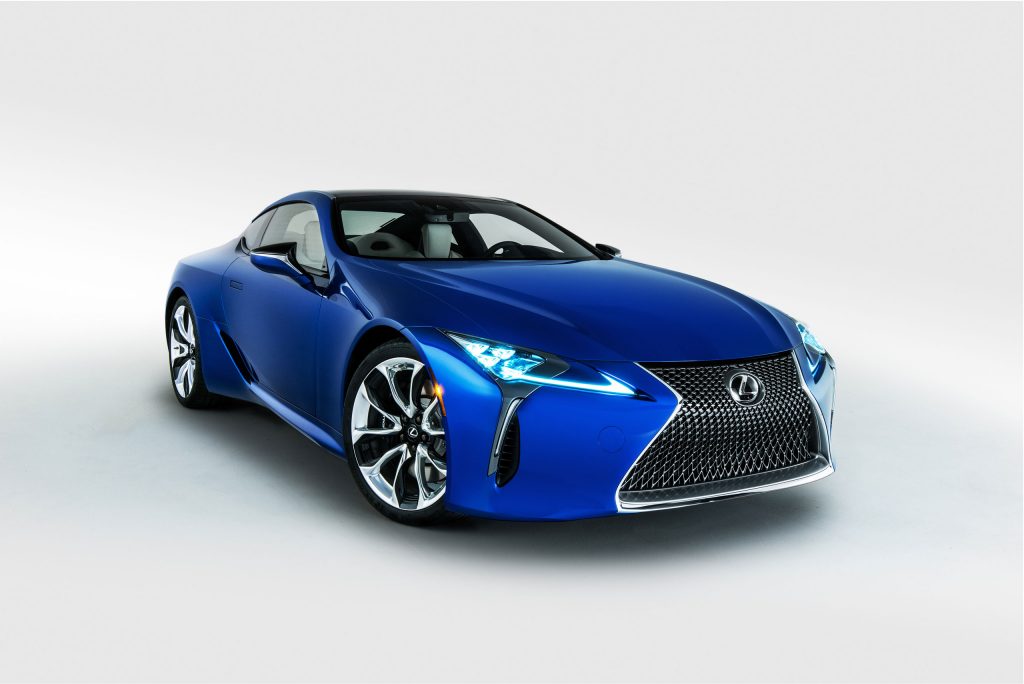 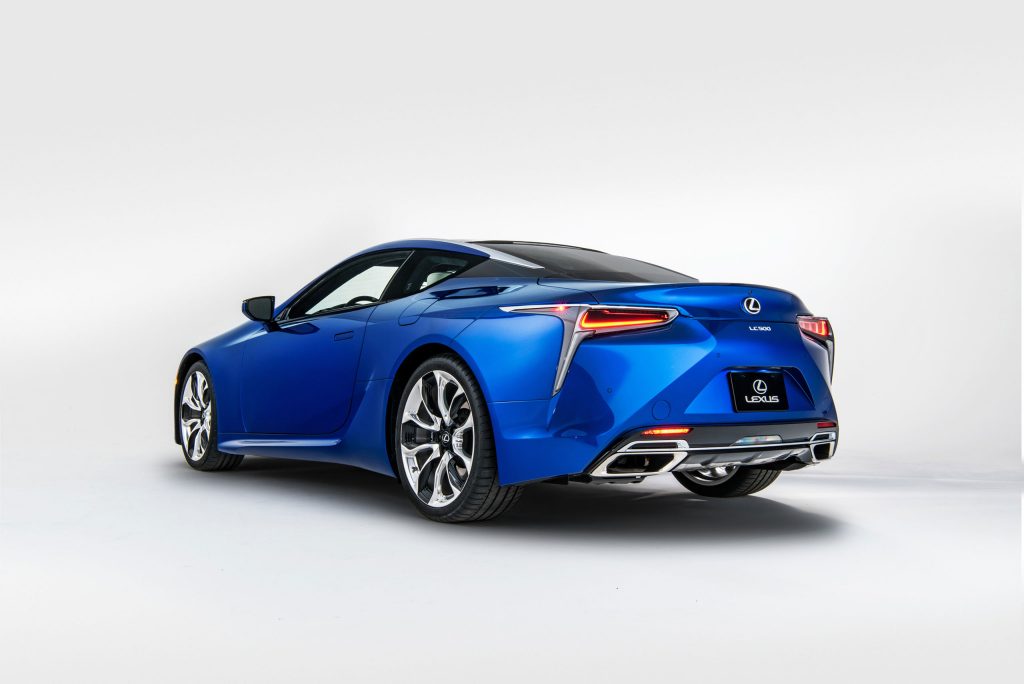 (The coupe will also include a limited edition Barneys sommelier set inspired by the coupe’s design. No photos of the barware were released.)

Scheduled to arrive in February 2018 to coincide with the release of the Black Panther movie, the LC will be the first in a succession of Inspiration Series limited-edition vehicles for each of the Lexus flagship models. Only 100 will be made, and pricing has yet to be announced.

There is a second Black Panther LC announcement today, but this one is pure fantasy and bound for the SEMA car show in Las Vegas next week. 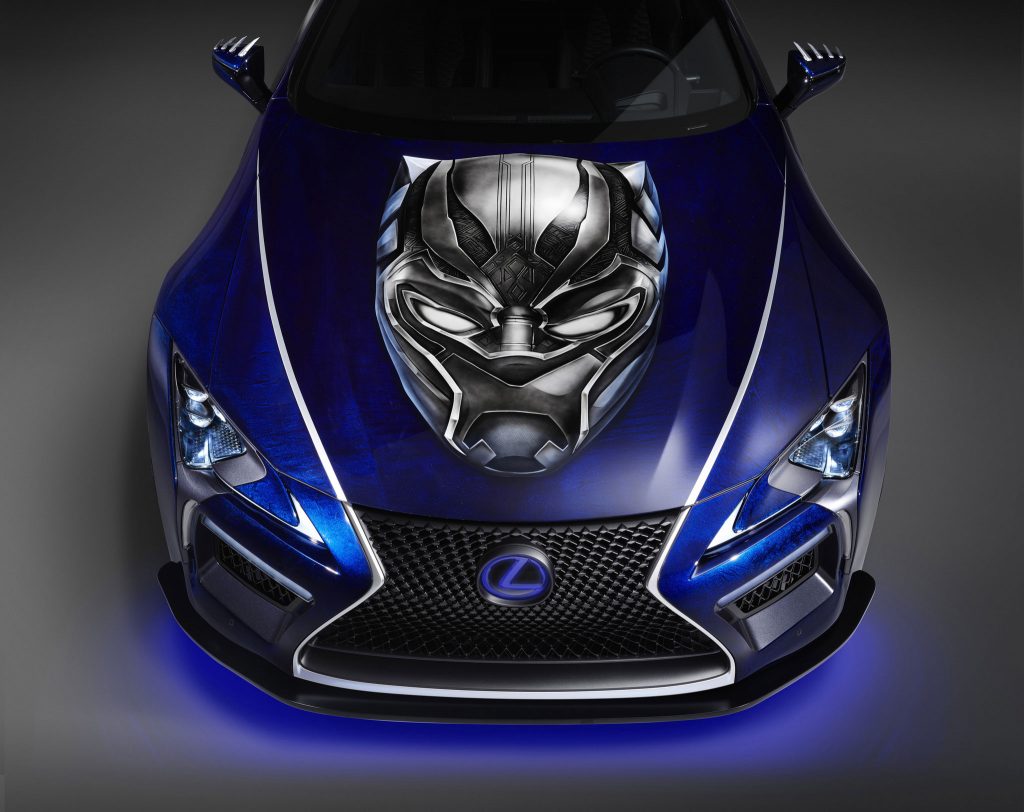 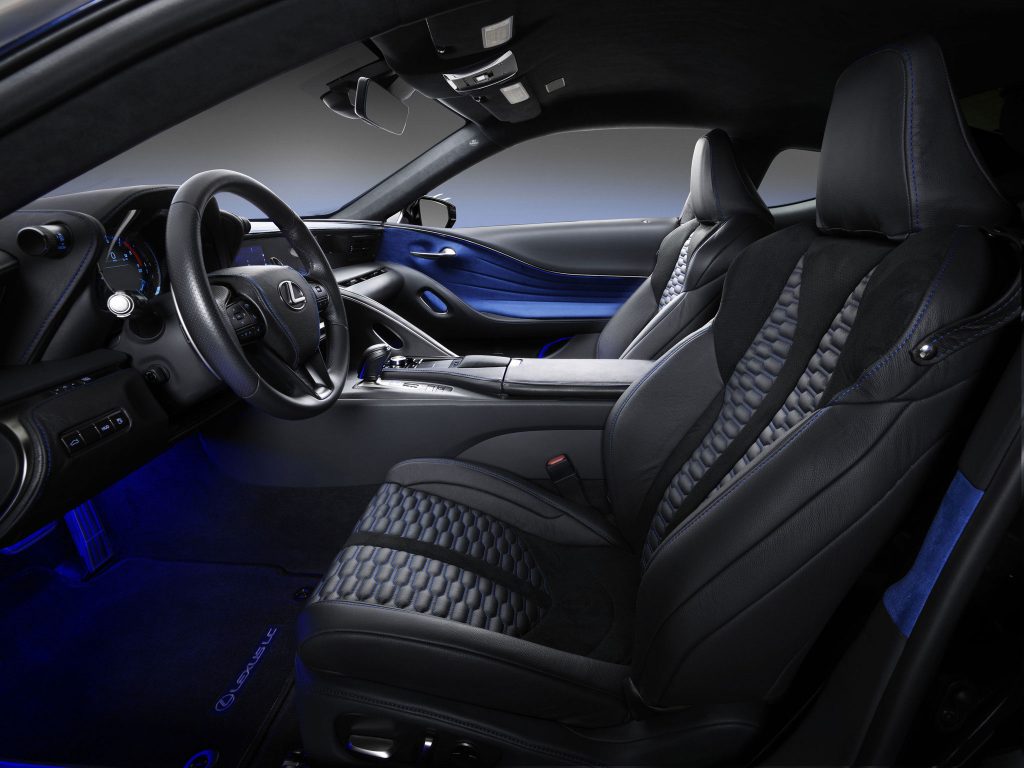 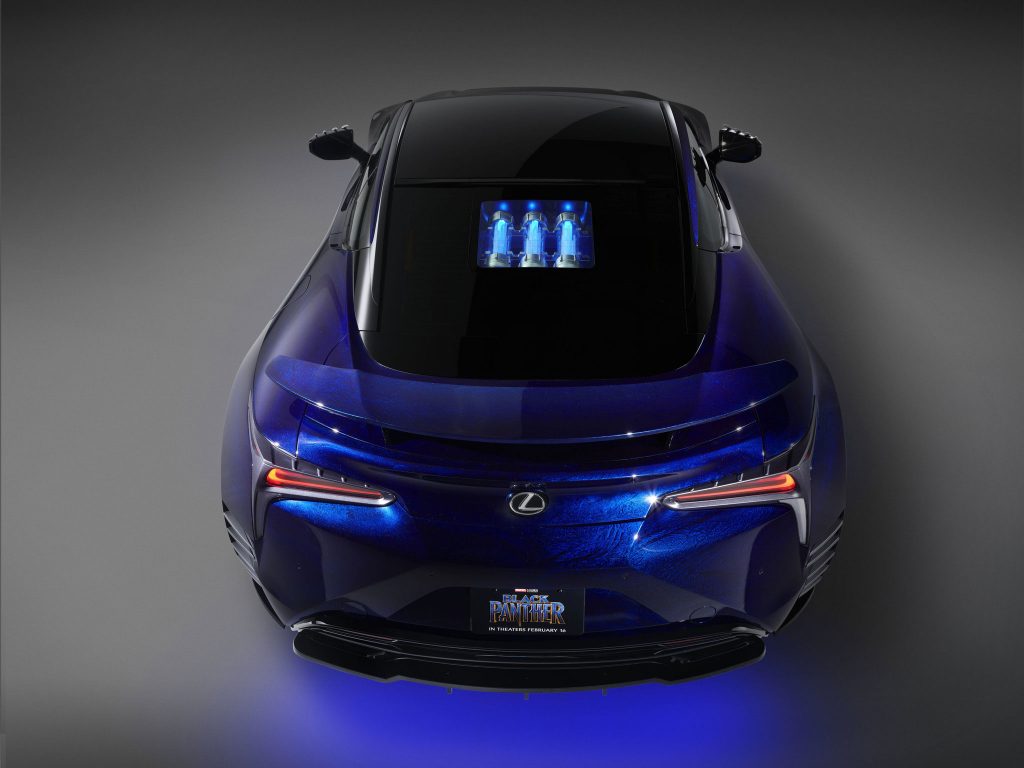 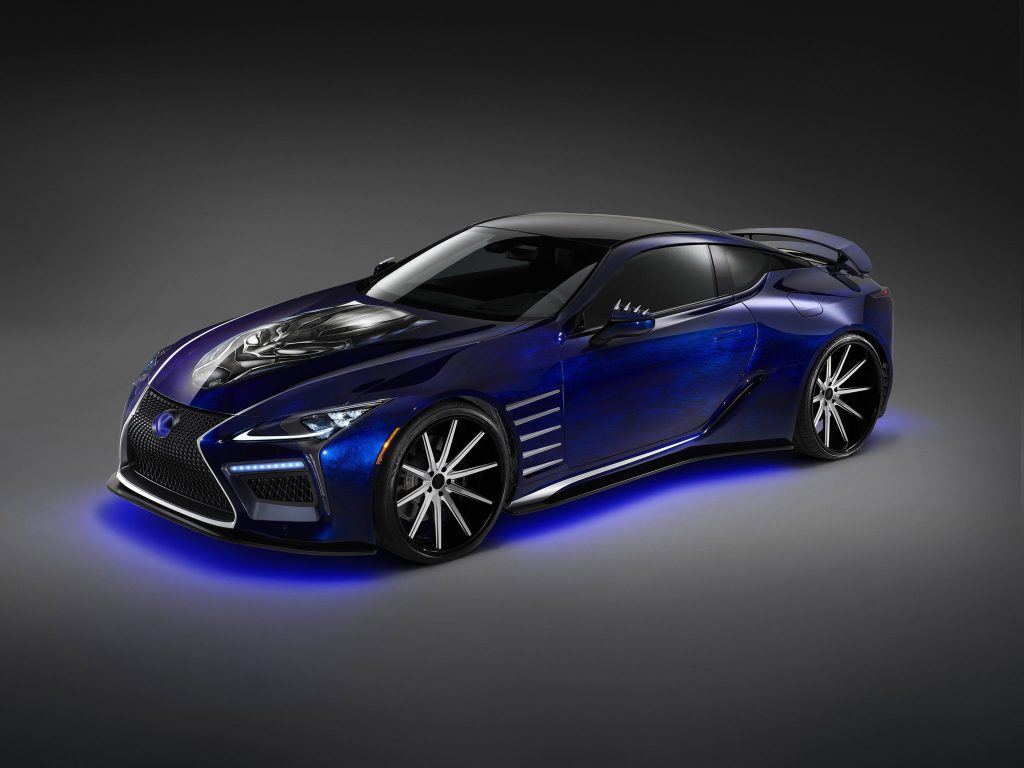 In keeping with the Black Panther mythos, this LC uses fictional vibranium weave for the body panels and a self-sustaining vibranium-powered core for its engine. Here are the other bullet points, direct from the press release:

Nice to see the Structural Blue available for USA. I wonder if Canada gets any units?
oh 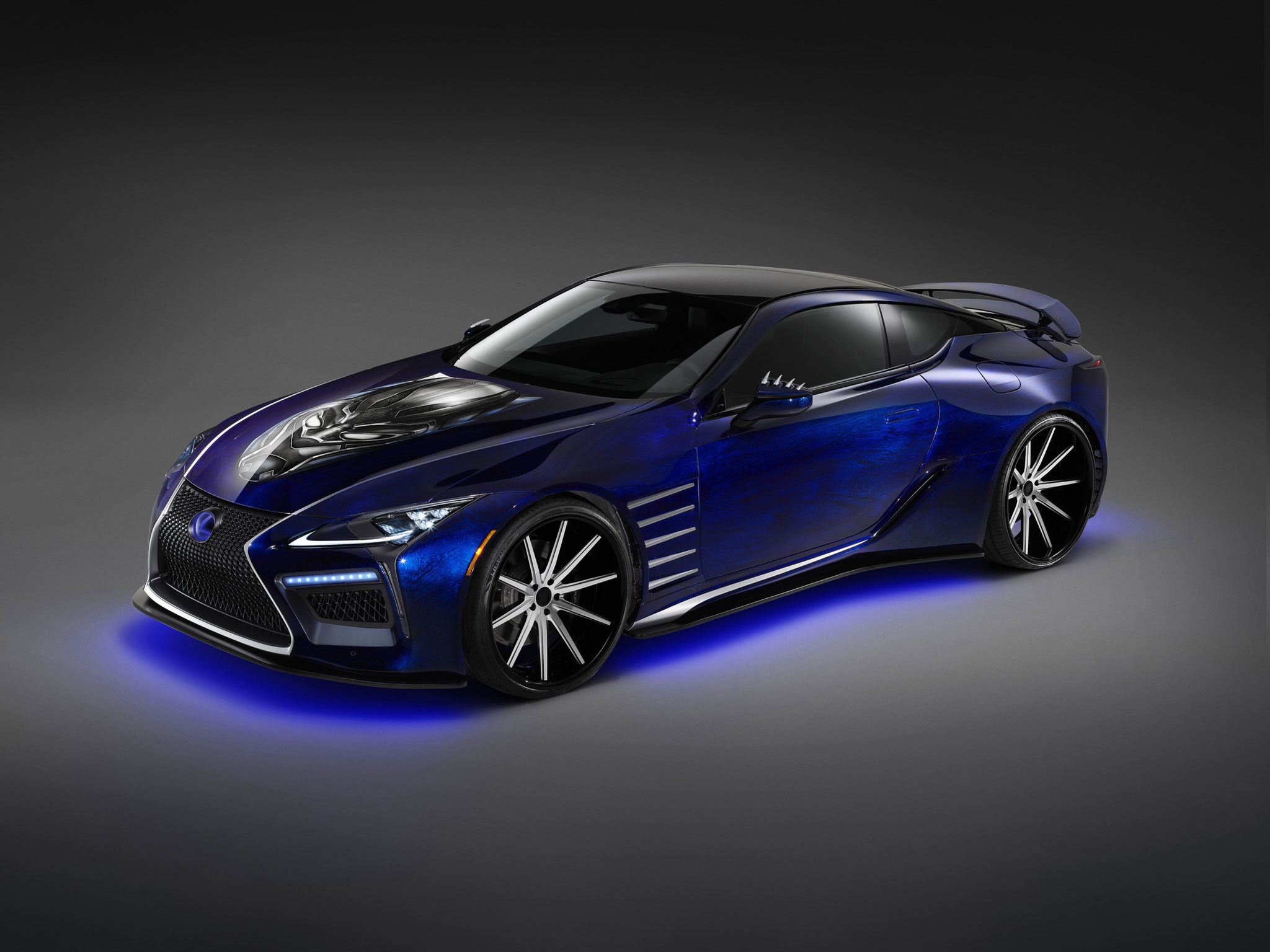 A different set of wheels or another aesthetic change for this limited edition would have been nice though.