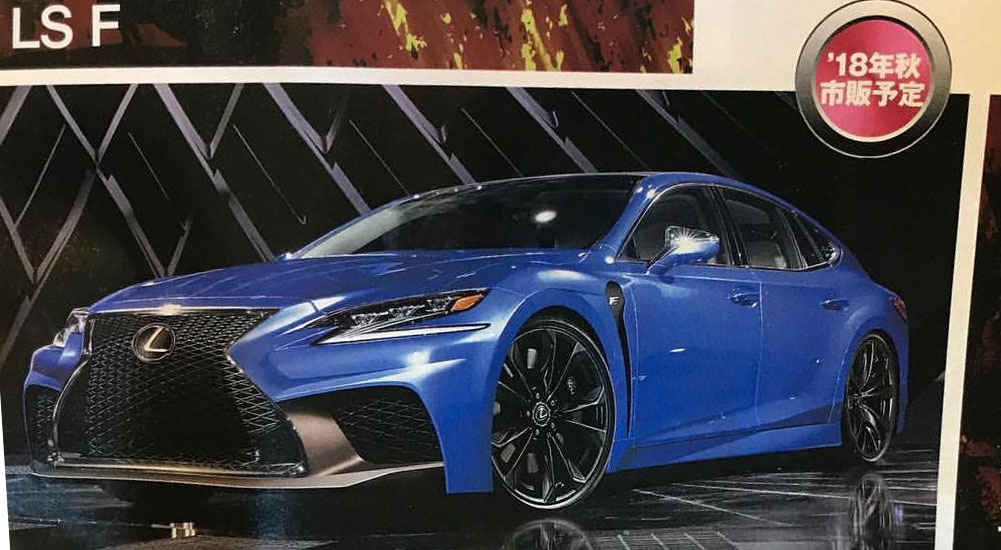 There’s a bombshell scoop coming out of Japan — according to an currently unidentified magazine (likely Best Car), Lexus plans to debut an LS F performance sedan at this year’s Tokyo Motor Show.

The rumor doesn’t stop there, claiming the LS F will be powered by a brand-new 4.0L twin-turbo V8 engine. Here’s a snapshot of the page, posted by JZI International on Instagram: 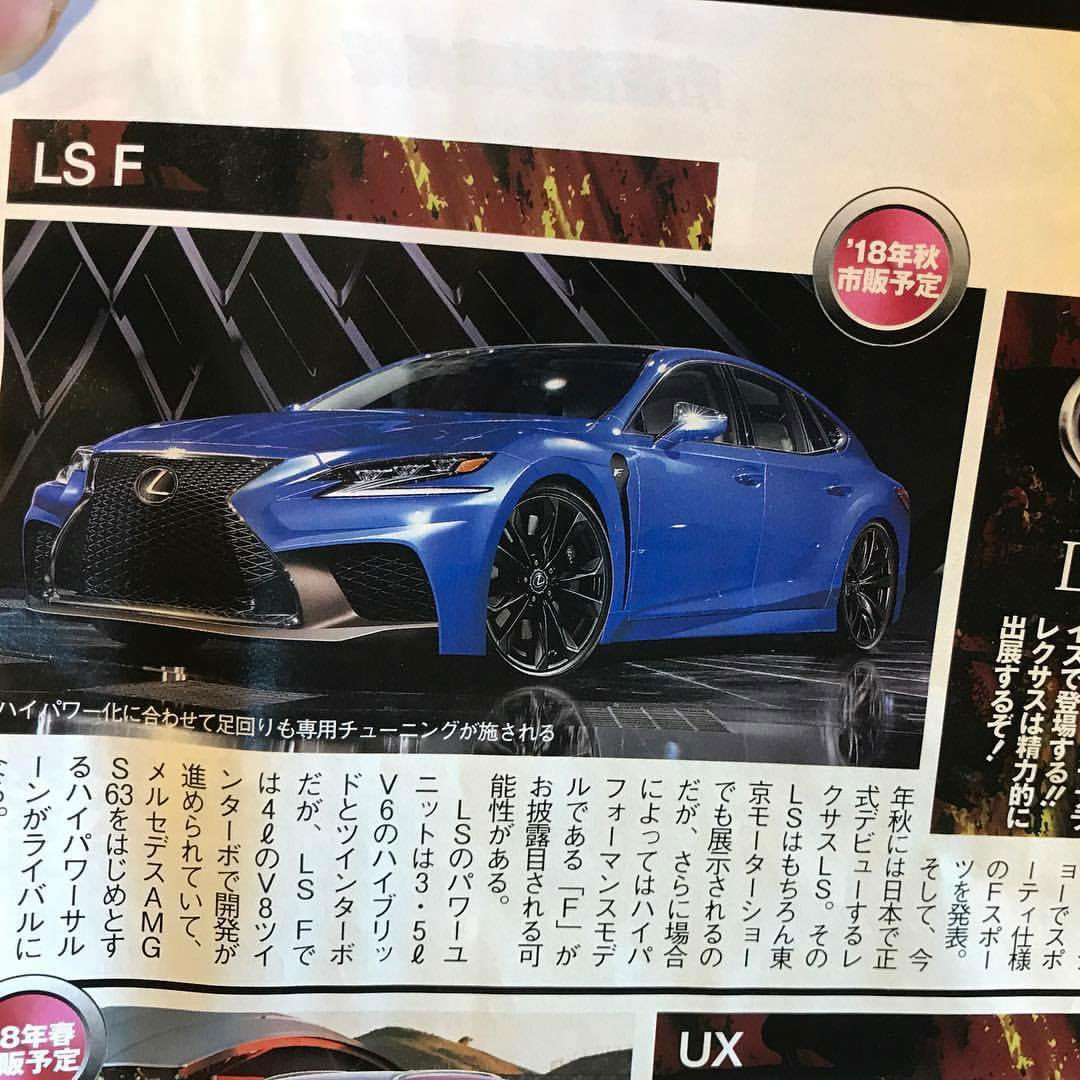 Outside of the black squiggle behind the signature F fender vents, it’s near impossible to imagine a better looking version of the LS F — the car’s design is perfectly suited for a high-performance variant.

The 4.0L twin turbo V8 has been an ongoing rumor for the better part of this year, with enough smoke that a fire is near guaranteed. Introducing such a powerful engine with the LS F would also explain the decision not to include a V8 in launch of the standard model.

So, should we expect the LS F to be revealed in Tokyo? Let’s look at the patterns:

Taken even further, Detroit has been the home of every F brand reveal except for the LFA, which debuted at Tokyo in 2009. This is not to suggest patterns can’t be broken, but it does temper my expectations somewhat. Let’s move this to the forum for further discussion — what do you think of this new LS F information?

I just remembering this

Trexus
This model would have to have a different name than the LS. Can't think of a model designation now...it's late and I'm tired...