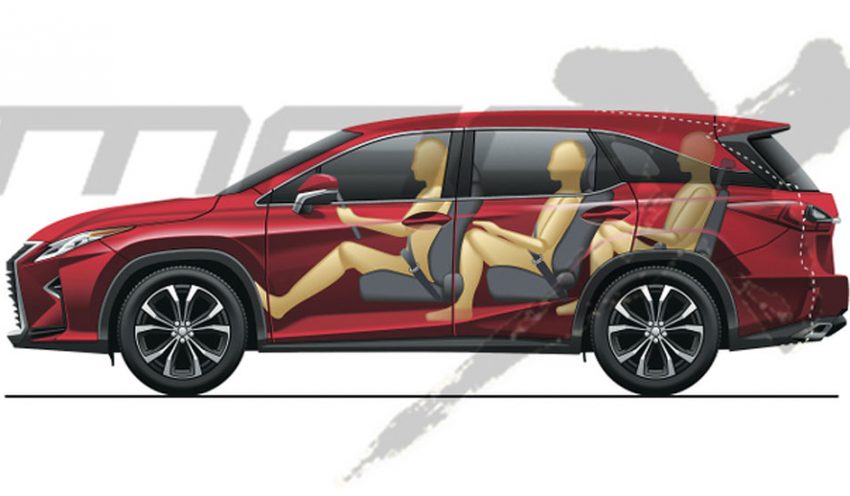 In order to increase space of the third row occupant, the back window has been pushed back. The wheelbase does not change so much, and it seems that the gate opening will remain the same even with the larger opening. The view from the third row seat is not good.

Like five-seater RX, only hybrid models are sold in Japan. This model will be named RX 450 hL.

Mag-X suggests that the three-row RX will debut at this year’s Tokyo Motor Show, though it seems a strange show to debut a vehicle that has been created primarily for a North American audience.