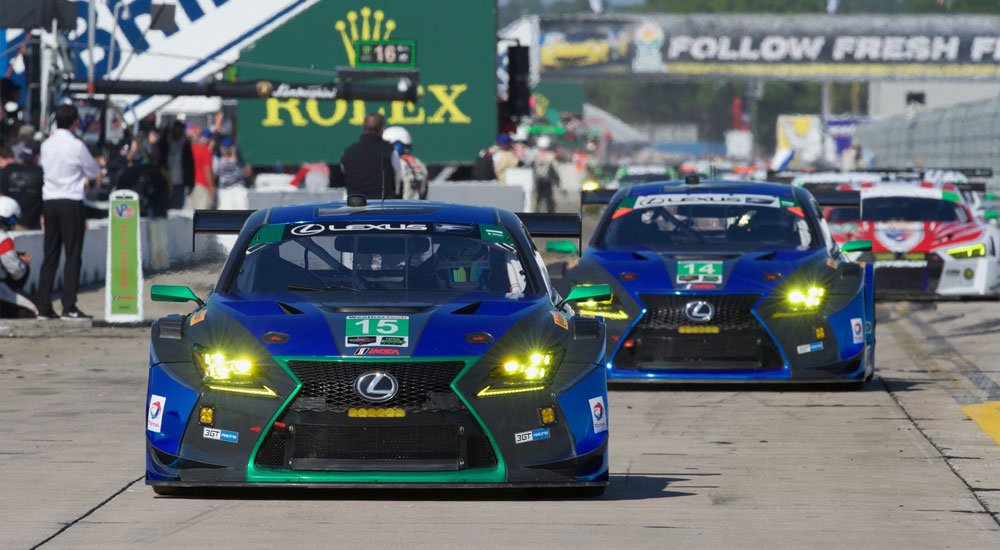 Lexus Makes Long-Term Commitment to Racing in the USA

Lexus has returned to racing in the USA, and despite some bumps in the road during this inaugural season, the brand remains committed to the program — from Automotive News :

“Our focus is, let’s get a competitive race car out there with a great team and get on the podium and start winning, and then we have a credible story to tell,” he said. “We’re all in, if it takes us two years, three years, five years.”

“We’re doing it to show the public that we can have a racing heritage and it can lead to great product in our lineup,” Bracken said in an interview.

It’s been a difficult start for the Lexus Racing team — in the first four races of the IMSA WeatherTech SportsCar Championship series, the two teams have managed just two top-10 finishes. Car issues have been part of the issue:

“We had a pretty rough Daytona,” said veteran racer Scott Pruett, 57, who will be inducted into the Motorsports Hall of Fame this summer. “Both our cars ran consistently top-10 in Sebring before we had some issues, [and] I finished sixth in Long Beach,” he said in an interview.

Paul Gentilozzi, a former racer who runs 3GT Racing, which is partnering with Lexus, said the team is preparing the foundation for future wins. “We haven’t had great karma, but we’ve shown competitiveness certainly, and that’s our objective initially,” he said.