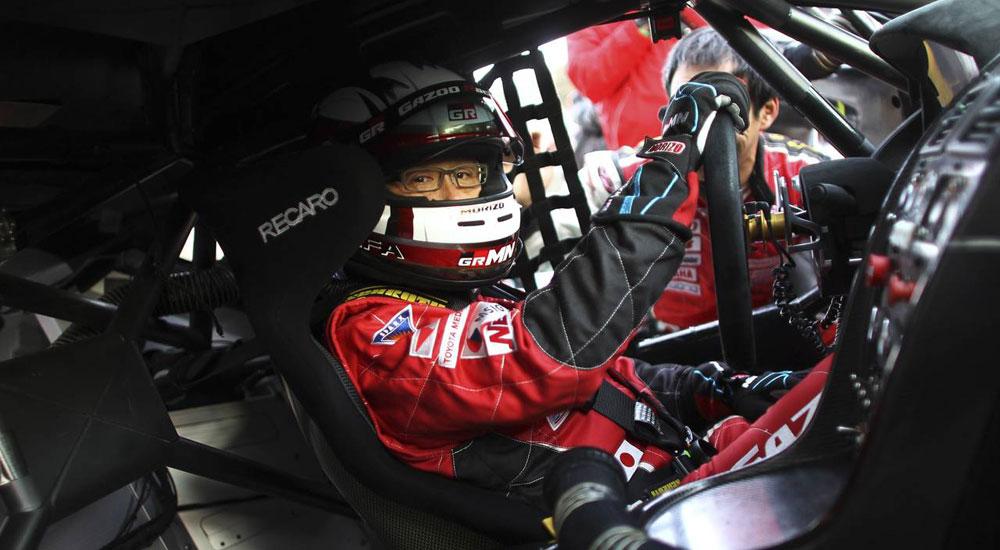 Hans Greimel of Automotive News has turned in an engrossing profile of Toyota president Akio Toyoda, whose love of racing shapes both Toyota and Lexus vehicles:

The wealthy grandson of Toyota Motor Corp.’s founder took his first tentative competitive racing laps only 10 years ago, just two years before assuming the helm as president. His family discouraged him from driving. Fearful for his safety, fellow company officers did, too.

But today, Toyoda not only runs the company, he is its anointed “master driver” — the final arbiter of what makes a Lexus a Lexus and a Toyota a Toyota.

Knowing how to race, not just drive, makes him like no other president in Toyota’s history.

“Everybody says I’m the racer-president, or they call me master driver,” Toyoda, 61, said in an interview this month. “That’s all correct. But I see my role as being the guardian of the taste of Toyota and Lexus cars.”

The late Hiromu Naruse, Toyota’s first master driver, had a huge impact on Toyoda’s driving development, and that in itself makes this a must-read. Very well done.