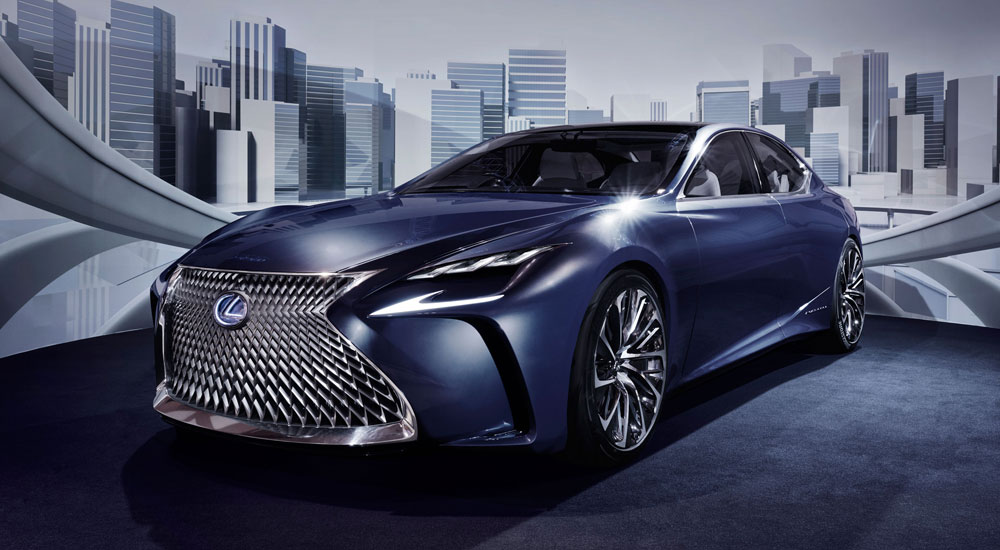 Lexus has trademarked LS-FC Concept with the United States Patent and Trademark office, suggesting a new fuel cell concept will be shown at some upcoming auto show.

Lexus released the original LF-FC concept at the Tokyo Motor Show in late 2015, and it set the table for both the next-generation LS flagship and the future adoption of fuel cell technology. Of note, the FC in the concept name stood for Fuel Cell.

Fast forward to 2017 — while the fifth-generation LS has been revealed, there has been nothing further regarding fuel cell technology. An Auto Express interview with Lexus Europe general manager Alain Uyttenhoven puts the 2020 timeline for a fuel cell vehicle, but that’s the extent of the official news.

Thinking on this new LS-FC trademark, and it seems Lexus will use the fifth-generation LS as the starting point for its next fuel cell concept and a natural evolution of the LF-FC. The only question remains, where will this new concept debut?

(I do not believe, as Autoguide suggests, that this trademark is evidence of an upcoming LS F high-performance variant.)