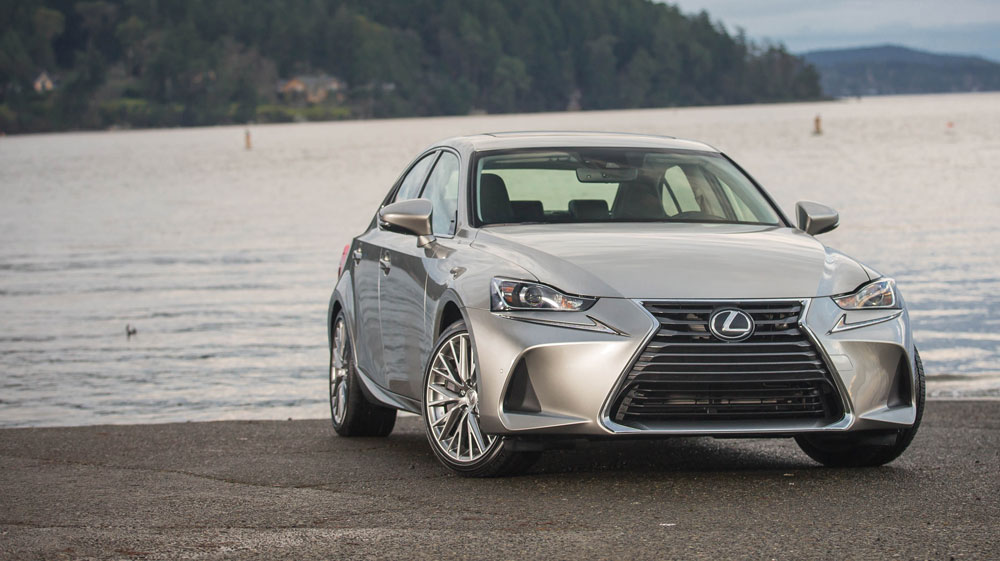 Lexus Canada recently hosted an event on Vancouver Island, British Columbia to drive the updated 2017 IS sports sedan in all its various configurations. Lexus Enthusiast editor Kevin Watts attended the event, and reports back.

It’s unusual for a mid-cycle vehicle refresh to cause controversy, but that’s exactly what happened last year when Lexus revealed their updated 2017 IS & IS F SPORT. As Lexus design evolves, the spindle grille has changed significantly in a short period of time, and these adjustments have been well-received for the most part.

This was not the case for the IS, where the revamped front fascia was poorly received among the Lexus faithful — especially when it became clear that the new triple-beam LED headlight design would not be offered in North America.

This front face change was my main focus during a recent trip to Vancouver Island to drive the updated IS range, and well, I’m happy to say that it’s not all that bad. 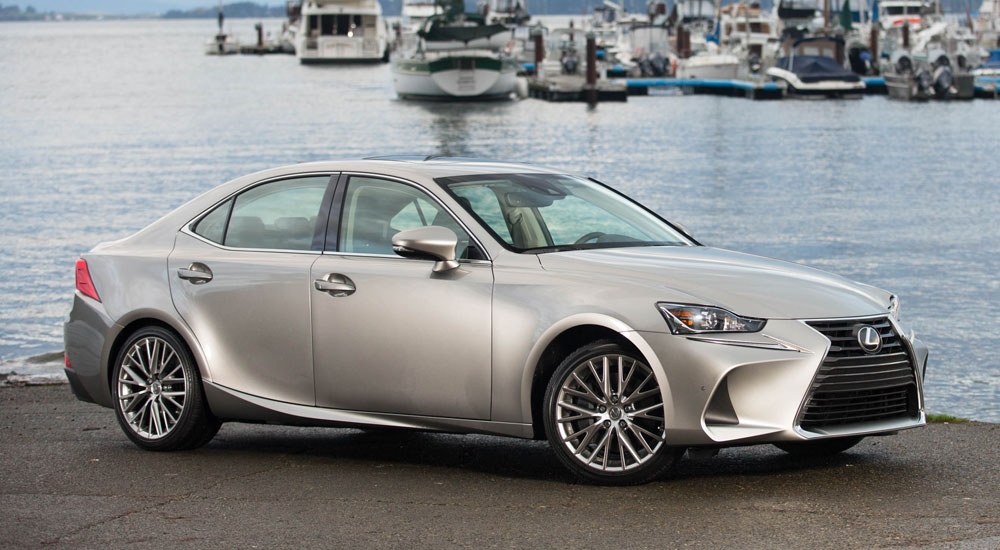 Getting a full picture is ironically difficult to do in photographs, and one thing missing from the original criticism is how well the new front-end integrates with the rest of the vehicle — the pre-update IS suffered because the spindle grille felt like an afterthought, and this is no longer the case.

Despite missing out on the triple-beam LED headlights offered in other parts of the world, the North American single LED bulb is a major improvement over the previous design. 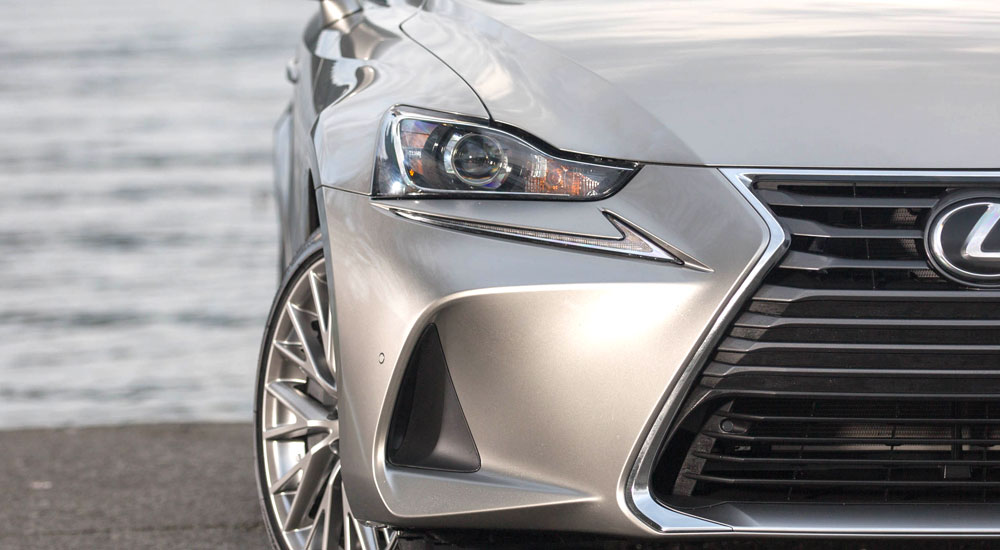 (My opinion remains unchanged in regards to the standard grille versus the F SPORT honeycomb pattern — I prefer the slatted design to the busy F SPORT front end. In particular, the large black vents under the F SPORT headlights are overdone and don’t work all that well with light colors.)

This was my first time driving the IS 300 AWD, which is powered by the same 3.5L V6 engine found in the IS 350 but detuned to 255 horsepower. The idea is a strange one, but it works well as a replacement for the IS 250 AWD. 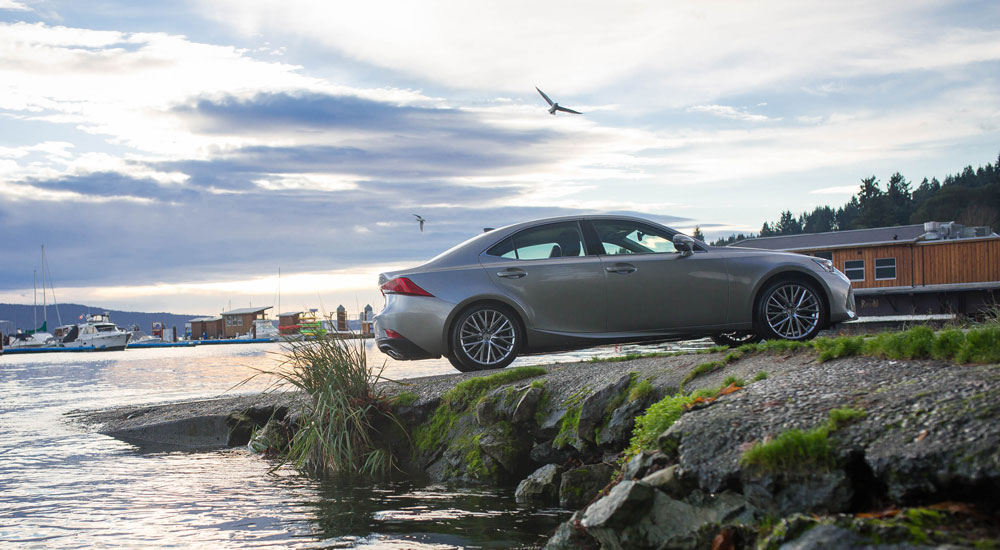 (As an aside, it’s a real shame the all-wheel drive system can’t co-exist 2.0L turbo engine and its eight-speed transmission.)

As luck would have it, our time in Victoria was filled with rain — and while the weather may have limited our photo opportunities, it did give the IS 300 AWD time to shine. 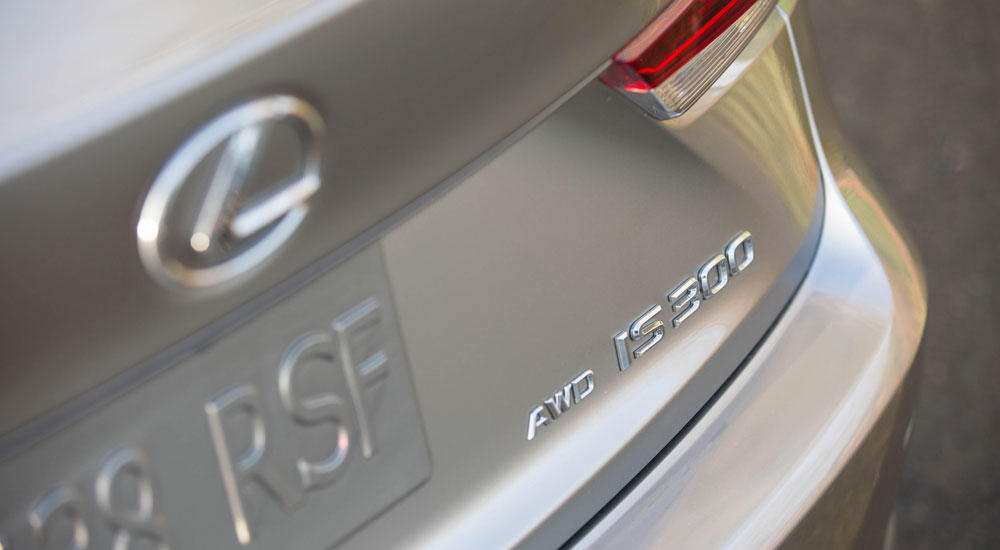 There’s a real confidence to the all-wheel drive system, and the 3.5L engine provides a much needed boost over the outgoing 2.5L. I don’t believe this powertrain is a long-term solution as the base AWD engine, but the IS 300 AWD works much better than the IS 250 AWD it replaces.

The updated IS cabin may look near identical to the previous interior, but there are small changes that make a big difference in usability. Leading the charge is a new 10.3” high-resolution display, which is worlds better than the cramped 7” screen it replaces: 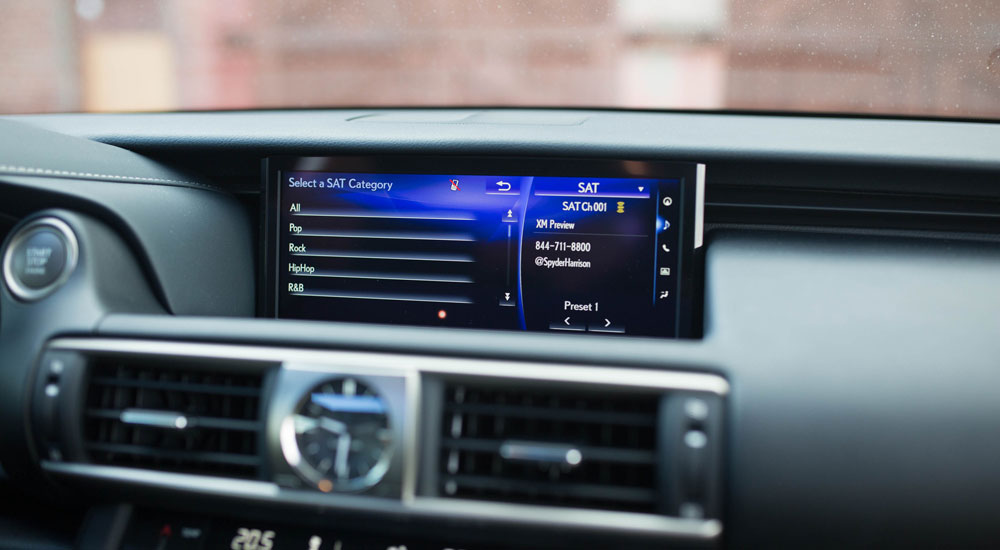 The other interior improvement is one that I noticed immediately — the cup holders in the center console have been pushed back, freeing up a ton of space: 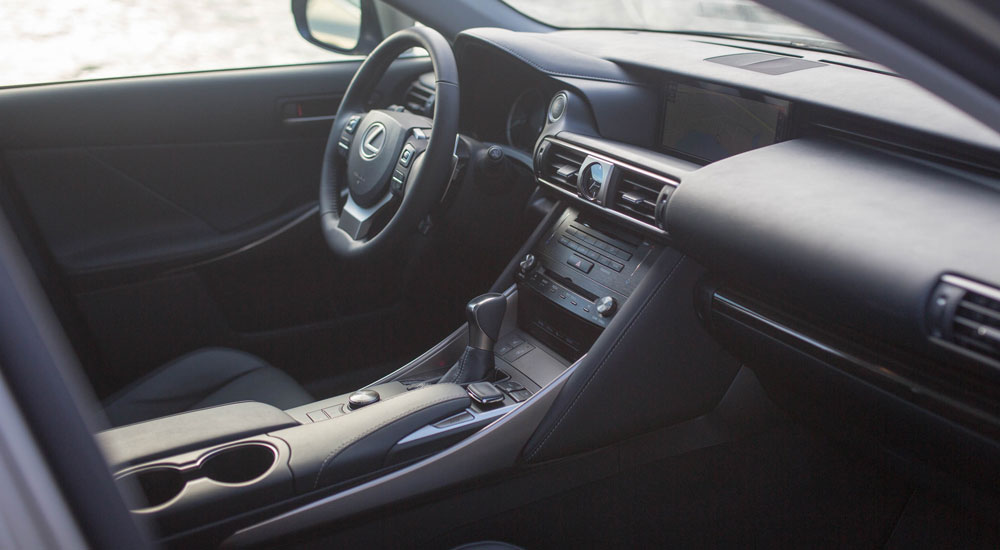 Overall, the updates to the 2017 model year Lexus IS are minor — some exterior design changes, a reworked cabin, a stop-gap engine configuration. There’s nothing that should compel or dissuade anyone from its purchase, as it remains an extremely competent machine. 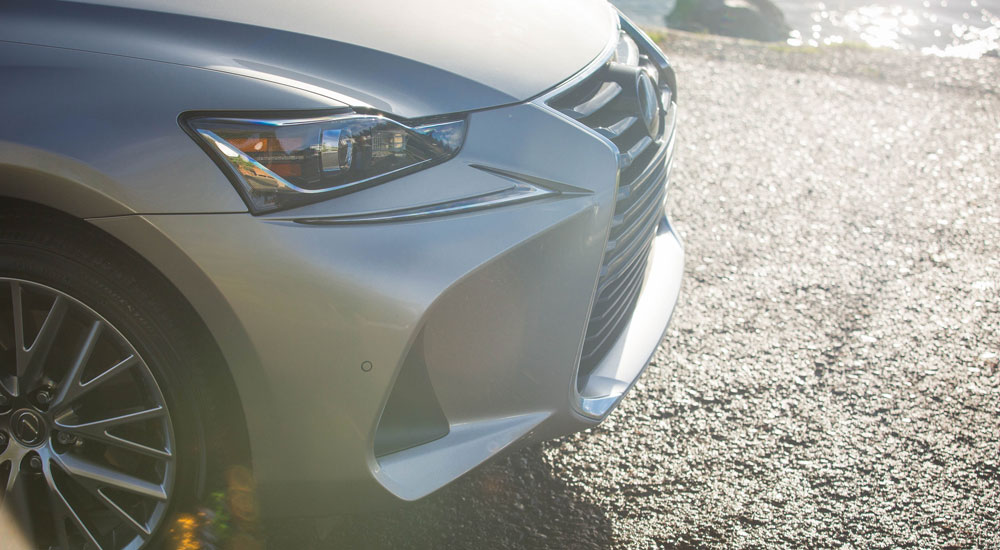 What’s more interesting that the update is how opinions change over time. At its introduction last year, I was less than impressed with the refresh. Six months later, and I wouldn’t mind one in my driveway.

Special thanks to Lexus Canada for the invite to drive the IS in British Columbia and for all the nice photos!