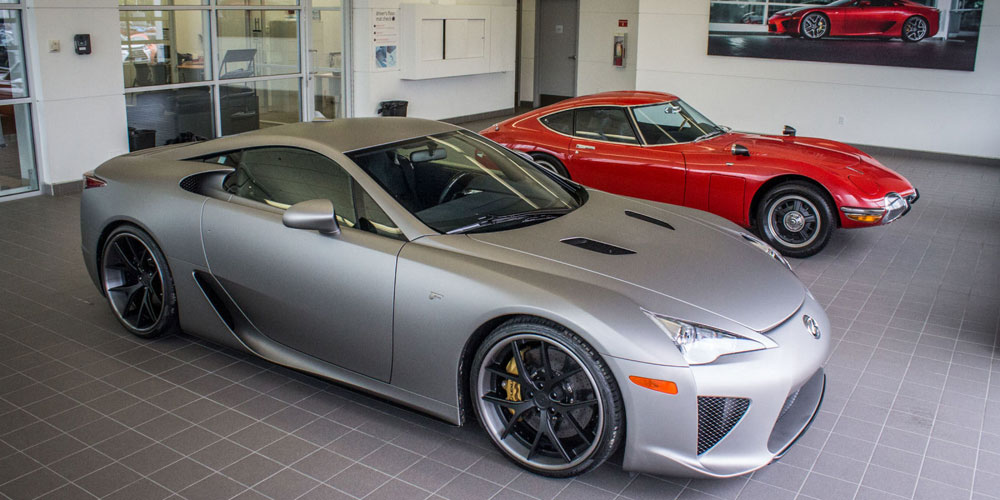 Driving the 2000GT was a privilege that left me feeling a debt of gratitude towards its owner. Five minutes of Lexus V10 fury and I’m thinking about stabbing him, stealing the keys, and going on the lam.

“It’s a momentary lapse of sanity,” Chia laughs, “The kind of thing that happens so seldom in a large company. Such small production run, with a ten year development cycle. They lost millions, if not hundreds of millions.”

Toyota didn’t lose the money. They spent it. They spent it on an insane wedge of a supercar that howls so loud it makes every Corolla in a five mile radius burst a coolant hose and start wetting itself. Chia stomps the throttle on startup and scares the crap out of a young woman taking delivery of an RX crossover.

This is a great story, as the author has a real passion for both vehicles — be sure to read the full text over at Road & Track.