The results of the 2016 J.D. Power Initial Quality Study have been released, and the Lexus CT & Lexus GS have placed first in their respective segments. The study examines problems experienced by vehicle owners during the first 90 days of ownership.

The CT 200h led all small premium cars, beating out the BMW 2 Series and Mercedes CLA. The GS was first in large premium cars, ahead of Audi A7 and Hyundai Genesis. The ES took second place in the compact premium car segment.

In the broader industry rankings, Lexus tied Lincoln and Buick for 7th overall with 96 problems per 100 vehicles sold: 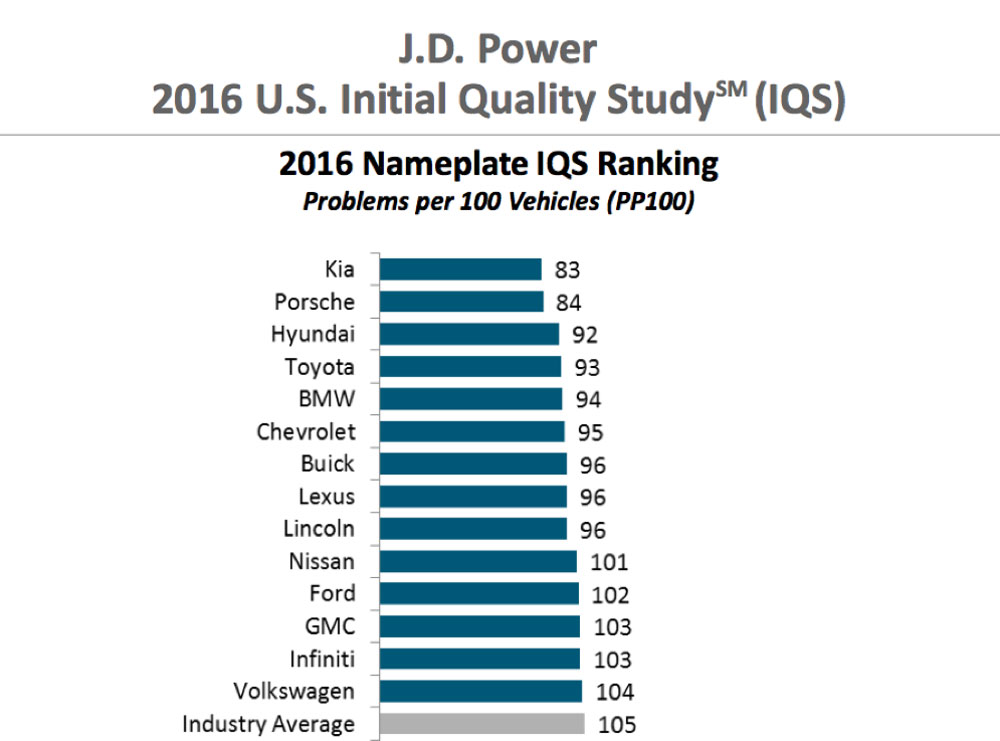 (It’s worth pointing out that according to the detailed breakdown of the J.D. Power rankings, Lexus lost points for interior controls and navigation system design and scored five out of five in all other categories.)